The Catch-22 of the Navy SEAL Mentality 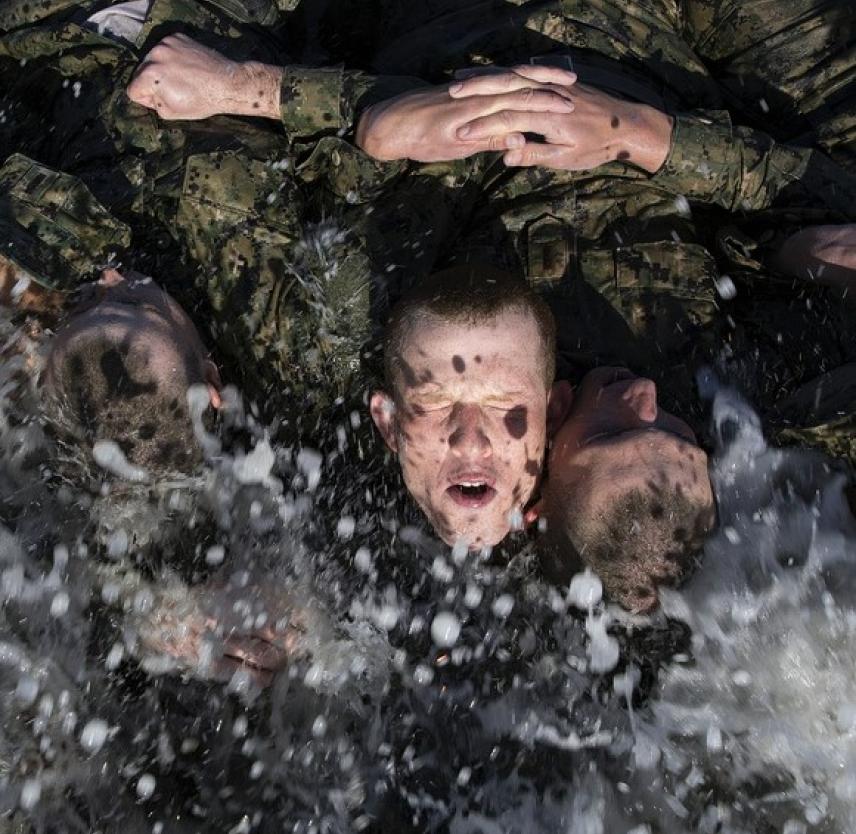 Most people know a little something about Navy SEAL training from movies or the Discovery Channel — the relentless mental and physical rigor and the infamous Hell Week, which entails five and a half days without sleep … running, crawling, carrying boats and logs overhead, doing obstacle courses and water races with and without boats, competing in some form or another.

The guys who make it through BUD/S (Basic Underwater Demolition SEAL training) do so because we keep our eye on the goal — the goal of becoming a SEAL, of serving our country as part of an elite team. You have to know that this misery, this hunger, this bone-deep pain won’t last forever. You tell yourself that if you can make it to the next meal, you’ll be okay. Then through the next eight-hour miserable training to the next meal. Whatever you do, whatever you’re going through, if you can break it all down into digestible chunks, you’ll make it … and that lesson, I have found, applies in life, too.

In June 2005, there was a reconnaissance mission that ended very badly where several SEALs — several of my very close buddies — were killed in a firefight in the hills of Afghanistan. All that I saw, all that I felt before, during, and long after that mission no doubt played a pivotal role in my developing PTSD.

Read Jon’s essay about that day and its life-long repercussions here.

In many ways telling myself that I was a SEAL — man up! muscle up! — helped me move on with the next mission, and the next, and continue to do my job in special ops. But that mentality — along with the medications for depression and anxiety that I was prescribed — also blocked my path to begin healing. Numbing your pain, anxiety, and stress — and your sense of fulfillment and joy, as it turns out — from medications and denial only works for so long before those suppressed emotions come full circle to bite you in the butt.

A friend always says that the “only way out is through.” I wish I had understood that sooner. If I had allowed myself to face my emotions, to go through the pain, the heartache, the sadness, the horror instead of “manning up,” I probably would have started my healing process sooner and more effectively. The SEAL mentality can definitely save you, but in other ways it can hinder your growth and healing as a human being.

It took a while, years full of trials and errors, fits and starts, but it was discovering meditation that really saved me. Like the step-by-step approach in BUD/S, sitting down for five, 10, 30 minutes a day to meditate can provide a profound path and practice toward healing.

You don’t need anything … just yourself, a little pocket of quiet, and an open mind. Why not give it a try?