The Science and History Behind Meditation and Mindfulness, Especially as It Relates to Mental Health 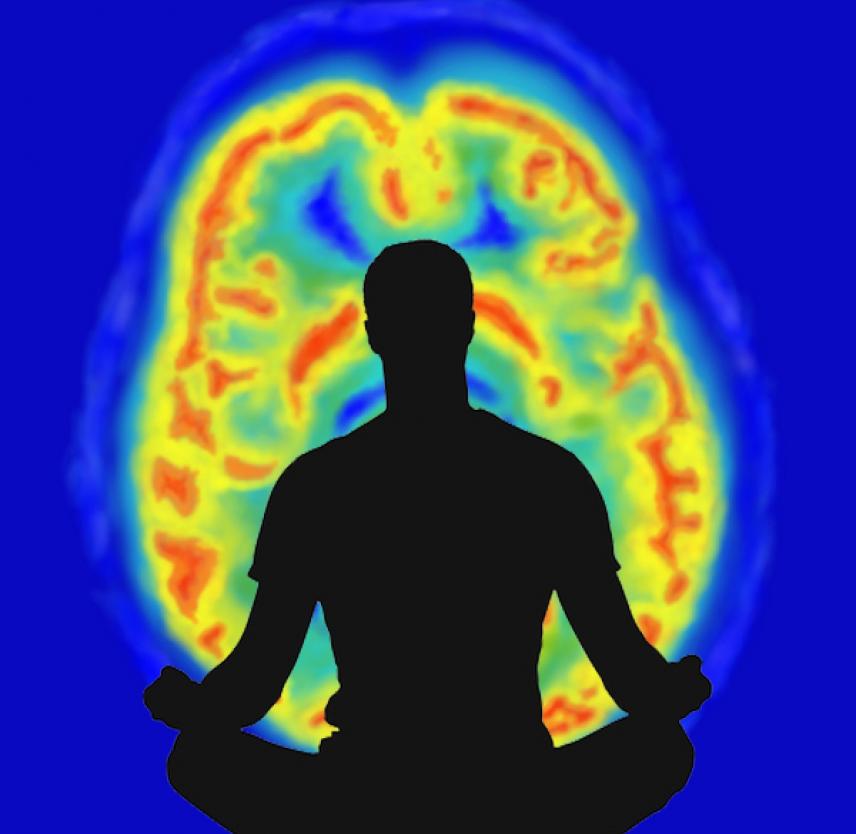 I’m the first to admit that I only started a mindfulness and meditation practice because I thought it would help me perform better mentally and physically in my job as a Navy SEAL. I’ve always been a type-A personality wanting to optimize my performance and aiming for stronger, faster, smarter, and better fueled me. While in the throes of dealing with symptoms from PTSD, my counselor suggested mindfulness and meditation, which I initially thought was a bunch of snake oil … something for hippies, monks, and weirdos. But then I started to learn about the science — and even a little history — and everything began to change; I literally started to breathe again.

Mindfulness and meditation are actually not the same thing. They overlap, but they’re not synonymous. Mindfulness is a way of living. It is being present in the here and now and being aware of what it is you’re experiencing physically and emotionally in this space, in this moment without judgement. Meditation, on the other hand, is a formal mind-body practice where you set aside some time, on a regular basis, to focus mentally on some type of anchor like the sound of your breath, a mantra, a body scan … something that brings you back to your focus when your mind starts to wander. And as it turns out, as you start to live more mindfully — as you live in the moment more often whether that’s while meditating, walking in the woods, or paying attention to what you are smelling and tasting as you enjoy a meal — often the practice of meditation becomes easier. And as meditating becomes more natural, living mindfully, too, becomes almost innate.

Starting a practice was difficult; I won’t sugarcoat it. I expected perfection and mastery right off the bat. It doesn’t work that way, just like you don’t run a marathon the first time you put on a pair of running shoes. What kept me committed, at first, was learning the science.

As you practice meditation, returning again and again to your anchor, you develop the physiological connection between the amygdala (responsible for the flight, fight, or freeze reaction) and the prefrontal cortex (responsible for our cognitive thought). Simultaneously, over time, the practice thickens the lining of the corpus callosum, the part of the brain that connects the left and right hemispheres. A lot of us spend a great deal of time in the left brain — the more analytical and methodical side — and less time in the right brain, where passion, empathy, and creativity reside. Having the corpus callosum thicken through meditation allows us to experience more of those right-brain emotions. So, the “magic” of meditation happens when that focused neural pathway — that muscle that develops from returning again and again to the anchor while meditating — strengthens the wiring between the corpus callosum, the prefrontal cortex, and the amygdala.

But wait, there’s more! Meditating regularly also shrinks the amygdala, which is a good thing. We don’t want the amygdala to go away completely because we still need to be able to go into fight, flight, or freeze mode when faced with a genuine threat.  However, that intense defensive mechanism does not need to respond with that intensity to every surprise work deadline, stressful email, social media post, road rage incident, or routine stressor. When the amygdala shrinks physiologically, we’re able to respond more often and react less often, which is a far more healthy way to live our lives.

And what about the history piece? Did the Spartans and Samurai warriors know this science? Probably not, but in ancient warrior civilizations, history tells us that some warriors did practice a sort of meditative breathing to calm themselves before stepping on the battlefield. This sense of calm provided them with better situational awareness. In this day and age, we often think that getting pumped up before a battle or big competition is the way to go … think of all the war movies that portray that mindset or the sight of athletes jumping up and down, bumping chests, amping up their nervous systems before heading onto the football field or hockey rink. Ironically, when you do that, you hear and see less, and your ability to pay attention decreases significantly. The ancient warriors maybe did not know that activating the vagus nerve triggers the parasympathetic nervous system — resting and calming the nervous system instead of triggering the fight, flight, freeze response — but it seems they did know that calming the breath and focusing inward heightened their performance on the battlefield.

Now as a mindfulness and meditation teacher, I share what I know about the science and history behind these practices. Many of my students — veterans, first responders, health care workers, and business people — start where I did: wanting to enhance their performance physically and mentally. But like me, with time and practice, they come to better understand and feel the healing effects of mindfulness and meditation — from sleeping better and deepening their compassion and empathy towards themselves and others to developing a powerful sense of being able to access one’s best self physically, mentally, and emotionally.

It won’t happen overnight, and I don’t think mindfulness and meditation is a panacea that will heal everyone from everything, but it can certainly be part of the process.  If you haven’t tried it and you are experiencing some type of mental challenge, be it anxiety, stress, or depression, it’s worth a shot. Mindfulness and meditation can be very helpful and very healing. And it’s free!