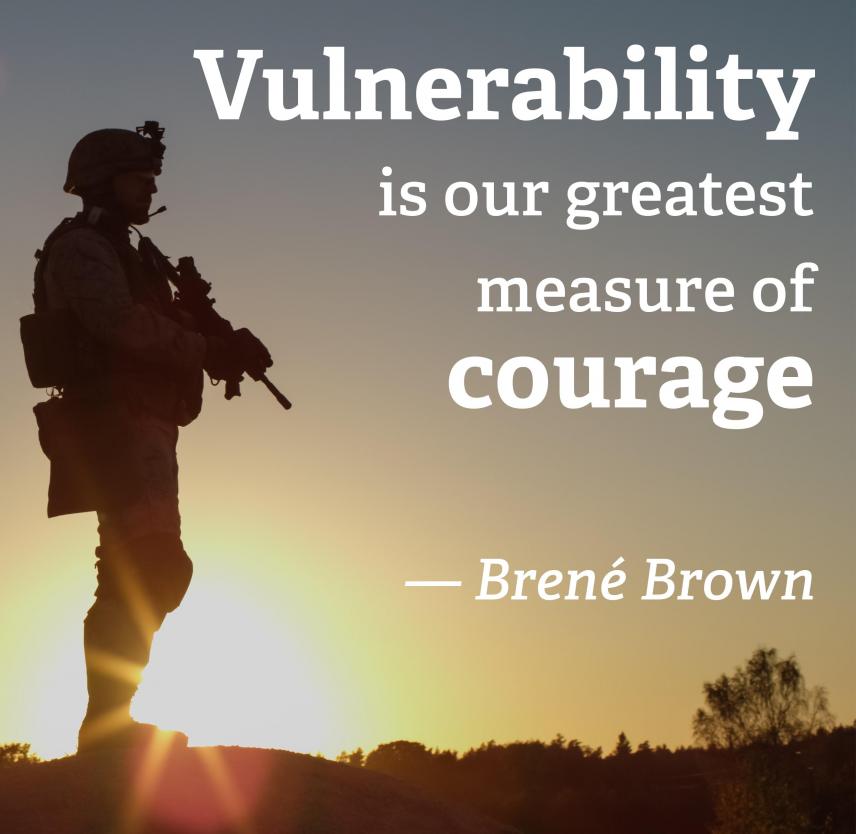 In 2013, in my home-town movie theater, my family and I watched Lone Survivor, based on the memoir by Navy SEAL Marcus Luttrell. He was the only one to make it out of a reconnaissance mission to capture or kill the notorious Taliban leader Ahman Shah. The mission — 28 June 2005 in the hills of Afghanistan — had been compromised by sheep herders. Back on base, helpless, I learned that I had lost several of my best friends, my best SEAL brothers. In total, we lost 11 SEALs and eight Army Night Stalkers that day. Between 2005 and 2013, I expended significant energy manning up, continuing to do what I thought a SEAL must do — be stoic, move forward, don’t feel. But that evening in the movie theater, seeing the photos of my friends juxtaposed with images of the actors who played them in the film, I finally broke down.

When it comes to PTSD, you never know when you will actually be ready to start the healing process. PTSD is not a cold, or a sinus infection. It will probably never totally go away, but at least for me, I reached a turning point when I knew I needed to seek help in earnest.

It didn’t happen overnight, and I am not sure that seeing Marcus’ movie was the sole catalyst I needed, but it definitely was part of my reaching a turning point. Around that same time, I deployed again to Afghanistan — not on the battlefield but at headquarters — so I had a lot of alone-time to think. Back in the states, I saw a psychiatrist and a psychologist. I was prescribed meds. I had ups and downs, dead ends, some very dark days. Finally, I was introduced to a counselor who recommended mindfulness and meditation.

Developing a practice was — and still is — a process, but it has become key to my healing. One lesson I have learned since I started meditating is the connection between courage and vulnerability. Yes, vulnerability. I know, it sounds like the antithesis of everything related to being a SEAL, but I have come to understand that while vulnerability and courage aren’t necessarily the same thing, it takes courage to show vulnerability and, in turn, as you show more vulnerability, you actually become more courageous.

Starting to meditate was not easy. Understatement! I, like many, thought how in hell can sitting still and breathing help me deal with my problems? My counselor explained the brain science behind meditation and its therapeutic effects. Being the type-A SEAL that I was, I jumped in the next day, boots first, attempting an hour-long meditation. As you can imagine, my mind was all over the place and I got angry and frustrated. I went back to the counselor the next week and told him he was full of BS and that meditation did not work for me. How had I had approached it, he asked. I answered and he wondered out loud if I would run a marathon without first training or head to the weight room for the very first time and bench press 300 lbs. Point taken.

It took time, but within a few months, I started to feel significant shifts in myself both physically and mentally. Other people started to notice the positive changes in me as well. I was scared at first to share what I was doing, but I realized that it’s okay to be scared. Being scared of something and then doing it anyway, that’s vulnerability — and courage.

As I practiced, read, and learned more about mindfulness and meditation, a guy I knew in the special ops community asked me if I would be comfortable leading a meditation group. I wasn’t — enter vulnerability and courage once again — but I did it anyway. There were three of us. Then more joined. And, in time, more.

I’m definitely still a work in progress — we all are — but I have been learning a great deal on my journey from living by the SEAL mentality of manning up and pushing down my feelings, to taking medications that numbed the bad and the good feelings, and now to focusing on allowing me to be authentically myself. As it turns out, vulnerability (thanks, Brené Brown) — though associated with shame, fear, and the struggle for worthiness — is also the birthplace of joy, creativity, belonging, and love.

It’s terrifying at first, but see for yourself where being even a little bit vulnerable can take you.