The Challenges of Measuring Outcome in Brain Injury

Dr. James Malec talks about the difficulties of measuring outcome in TBI since targeted outcomes can range from the patient opening his eyes to managing headaches to getting back to work.

Outcome in TBI is really a wide range of things-- that's part of what challenges measuring outcome. It could be something as basic as opening your eyes after a severe brain injury and beginning to interact with the environment. For some interventions, that might be the targeted outcome-- just to get people to that next level. For a lot of early interventions, the outcome might be can the person remember new events day-to-day. So, very low-level things all the way up to the post-acute or some time after a severe injury-- can the person re-enter the community? Can they get back to work and re-engage with their family? Can they manage symptoms like depression, irritability, fatigue-- things to which they're often more vulnerable after a TBI. So, it's this whole range from, as I said, very basic functions to fairly high-level functions-- some things that people without a TBI may have--like headaches, and fatigue. It's just that after a brain injury, you may be more vulnerable to those. In measuring outcome, one concept that has become increasingly recognized in recent years is the idea that a good outcome measure is kind of like steps on a ladder, and each time a person moves up a step, then what's the next step. The Disability Rating Scale is one of the oldest measures of outcome and probably one of the most frequently used. That and the Glasgow Outcome Scale are probably the most commonly used measures. And both of them try to measure the entire range of outcomes from a very low level. In fact, on the Glasgow Outcome Scale the lowest level is dead, and on the Disability Rating Scale it's 'can you open your eyes' and on up to the highest level. For the Disability Rating Scale, the higher levels have to do with your employability. It's a fairly brief measure. It has eight items total and with those eight items attempts to measure that full range--as the authors put it in their original article--from coma to community. We've just done a study looking at the Disability Rating Scale and attempting to standardize the administration a little more and also to improve on it just a little. One of the problems with the Disability Rating Scale is that even people with moderate-to-severe brain injury, after the first year, up to 40% will score 0 or 1-- I mean almost normal--which probably doesn't reflect reality. Most of those people are going to have some problems that just aren't captured by the scale because it's not that sensitive. Measures like the Glasgow Outcome Scale and the Disability Rating Scale are kind of like measuring height with a ruler that just has feet on it. So, you can say, yeah, this person's a 5- or 6-footer, but you can't really get the precision. That's not necessarily a bad thing in some applications. In some applications, that's really all you want to know--are they tall or are they short? But, especially in outpatient rehab or--excuse me, in brain injury rehab-- what you may want to know is simply does a person need an intensive lower-level program, a mid-range program, or a high-range program. In applications like that, the Disability Rating Scale may work just fine. If you want more precision at any of those levels, you may need to think about some other measures.
Posted on BrainLine November 1, 2012. 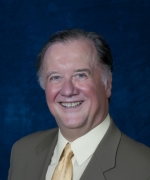