After the Injury: Acute Care and TBI

Maria Mouratidis, PhD
Related Content:
Hospital Care Following a Head Injury
Treatment of TBI in the Emergency Department
How Is TBI Treated?
Tips for the ICU

BrainLine's webcast "After the Injury: Acute Care and TBI" offers information on the medical care provided following a TBI — from the first moments in an emergency room to the collaboration between the family and medical team to create an individual treatment plan. 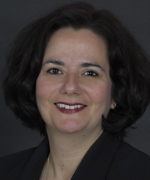