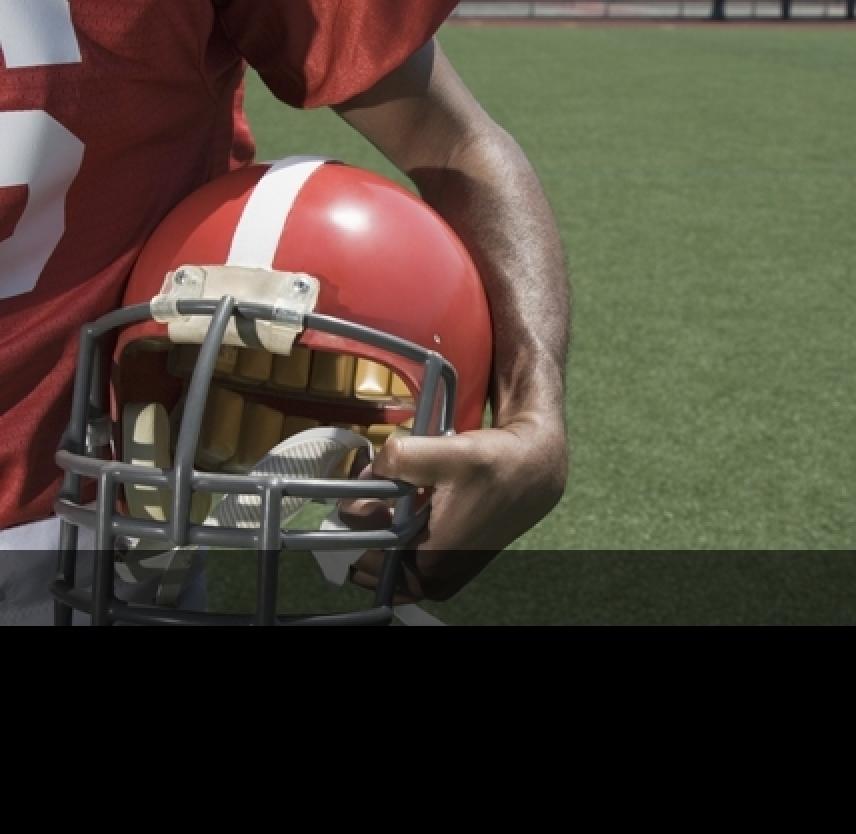 Helmets do not prevent concussions

In May 2011, researchers at Virginia Tech released the results of an eight-year study that culminated in an announcement specifically detailing which adult football helmets performed best in reducing concussion risk. Results are part of the Virginia Tech National Impact Database, used to compare helmets utilizing a STAR rating system, with five stars offering the most concussion protection.

Virginia Tech's lead researcher Stefan Duma believes switching from a one-star to a four-star helmet can cut the risk of concussion in half, according to thedailypress.com.

The notion of such a rating system has stirred much debate.

Within hours, ESPN's headline read "Study: NFL helmets were poorly rated," and a New York Times article stated, "two models popular among teenagers might be allowing high rates of concussion." Helmet manufacturers Xenith and Schutt, whose helmets both received favorable 4-STAR ratings spoke out against the study. Shutt's company spokesperson Greg Beckman told USA Today that the VT study was "presumptuous, possibly irresponsible and probably dangerous," because there is still much to be learned about the nature of the injury.

The conclusions drawn from the VT study also concerned some medical professionals.

According to the study, the testing was conducted to simulate a collegiate football player's full season of practices and games, but can be scaled to apply to high school athletes or the NFL.

Dr. Robert Cantu, a neurosurgeon and vice president of NOCSAE, the organization that certifies football helmets, told CNN in July 2010, "These helmets are made to a standard to protect against skull fracture and most of the serious intracranial bleeds, the subdural hematomas. They are not made to a standard to protect against concussion and in fact they would need to be four times better to be able to do that."

"I think that the study was a great first step in looking at helmets and their ability to absorb/deflect impact," said Dr. Michael Koester, director of Slocum Sports Concussion program in Eugene, Oregon.

"However, the STAR rating system oversimplifies a very complex issue," he stated. "There are so many other factors involved in concussion that I hate to see them make statements like "the Xenith decreases concussion risk by 55% compared to old Riddell helmet. I just don't think we have the evidence to make those statements.

Concussion history, rotational forces, individual susceptibility and how the contact occurs are all hugely important. I still believe that we can reduce concussion risk in football far more by enforcing no helmet-to-helmet contact than by using any one specific helmet."

Birth of a helmet buyer's guide

Parents looking for any way to protect their children from the risk of concussion might be tempted to use the ratings to drive helmet purchases. The Riddell Revolution Speed was the only helmet that received a 5-star rating. Price was not indicative of concussion protection.

"...[p]icture the consumer browsing through Consumer Reports looking for their next car. Purchasing decisions are based on strongly rated products as well as overall price, " said Dr. Amy Simmons, clinical director of Olympic Physical Therapy in Bristol, Rhode Island.

"As a consumer I can certainly see that these ratings would have an impact on what I would purchase."

Donna Mello, whose son suffered three concussions in soccer and hockey said, "If I had a son who played football, my buying decision would be influenced by a study rating football helmets.

As I did with a hockey helmet for my son before I was educated about concussions, I consulted the seller and bought what I was told was "top of the line" for him. How could I not have realized the simple truth that NOTHING can stop the brain from 'jiggling' around in a skull like jello?"

Retired California attorney, Steve Zientek, had a different perspective. "If, for instance, the dangerous product were an automobile instead of a football helmet, the manufacturer would be required to institute an immediate recall of all existing models shown to be deficient in safety," he said.

Professor Duma's department volunteered to replace 40 helmets for the school's football team after the existing models were found to be sub-par. "I simply volunteered to buy new ones as a way to show support for our findings and make it happen as fast as possible," Duma told roanoke.com.

"The best helmet on the market can still lead to injuries of the head including concussions," said Scott Peck, a certified athletic trainer in Washington state. "To decrease concussions, athletes need to practice good technique in tackling and blocking by keeping their heads away from contact."