When Is It Safe to Return to Play After a Concussion? 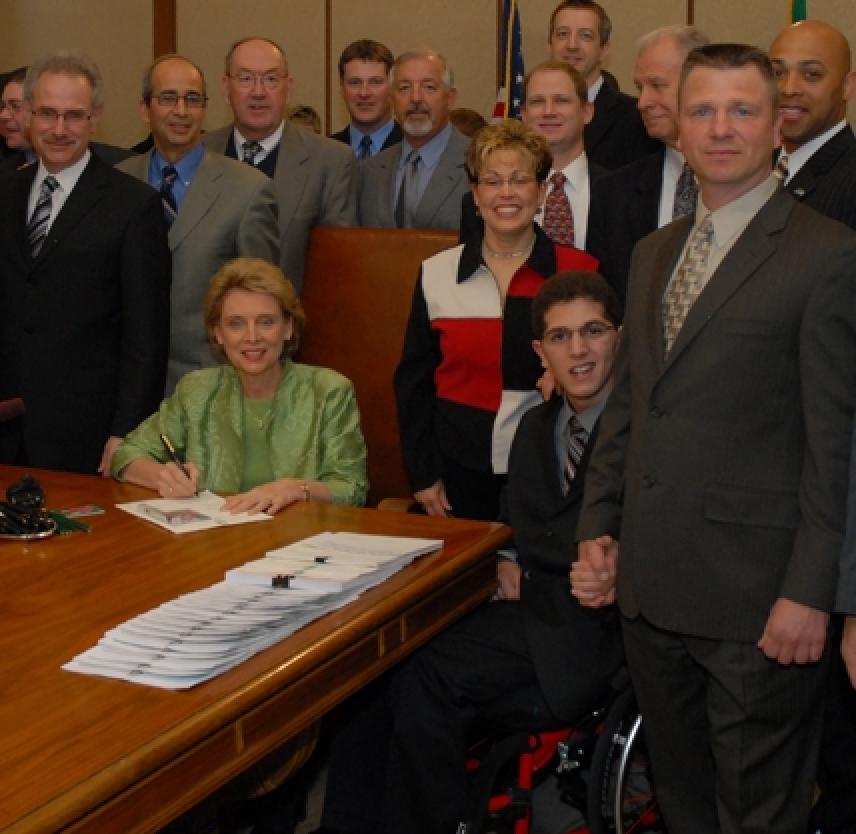 Zackery Lystedt loved sports. And the then 13-year-old Seattle-area middle schooler excelled in them, especially football. Then, during an October 2006 football match, Zackery made a goal-line tackle and landed hard on his helmet. An official time out was called and he walked off the field with his coach. Zackery never lost consciousness from that play. He sat on the bench for three plays just before half-time, but was returned to the game at the start of the third quarter. School coaches let him go back in the game without obtaining a medical evaluation. There were no healthcare professionals on the sidelines to assess Zackery. Before the game was over, Zackery collapsed.

Zackery was rushed to the hospital where he underwent emergency brain surgery. The surgery saved his life. Although the tenacious young man has made incredible progress during the last few years — from relearning how to swallow to regaining his ability talk, though in a measured and slow way — he remains dependent on a wheelchair and 24/7 supervision for his needs.

His parents say he should never have been allowed to return to play.

In May 2009, Washington State passed the Zackery Lystedt Law, the nation’s toughest return-to-play law aiding young athletes concussion recovery. It requires medical clearance of youth athletes under the age of 18 suspected of sustaining a concussion before they can be sent back into a game, practice, or training.

Spearheaded by coalition of community partners (Seattle Seahawks, Centers for Disease Control and Prevention, Washington State Youth Soccer Association, Washington State Athletic Trainers Association, Seattle Children’s Hospital, Harborview Medical Center, Risk Managers, and Washington Interscholastic Activities Association) that Mr. Adler brought together under the banner of BIA of WA, the new law also provides an important lesson to young athletes, parents, and coaches that a person does not have to fall unconscious for a concussion — or mild traumatic brain injury — to be serious. It requires each of the state's school districts to work with the Washington Interscholastic Activities Association to develop a standard for educating coaches, players, and parents on the dangers of concussions. In addition, a concussion and brain injury information sheet must be signed by the athletes and their parents or guardians before the athletes can play or practice. “Zackery’s injuries could and should have been avoided. This is a common sense law that makes youth sports safer and prevents preventable brain injuries,” says Adler.

“It would be great if concussions in youth sports did not exist, but they do. The question is what to do about them. That’s what this law is all about,” says Adler. “We owe a great debt of thanks to Zack and his parents who have stood up and stood strong. They are amazing people who have committed themselves to ensuring that this does not happen again. They have gone through so much because of Zack’s brain injury and they will continue to go through so much during their lifetime, yet they continue to inspire those they meet to take action.”

The bill, which goes into effect July 26, 2009, has already started to make ripples in other states. Oregon recently signed a similar bill. California is poised to do the same. And so far, more than 10 other states are taking Washington’s lead by introducing similar legislation in the upcoming year. And unbeknownst to BIA of WA, the American College of Sports Medicine (ACSM) has been tracking the progress of the Zackery Lystedt Law. “We recently learned that the executive board of ACSM has signed a resolution for a National Call to Action to get all states to pass a similar law,” says Adler.

“The Zackery Lystedt Law is a massive step toward ensuring the safety of youth athletes across the country. Every year young lives are destroyed or diminished by returning to play too soon after concussion in sports, and often these tragedies could have been prevented if a medical professional had been consulted,” says Chris Nowinski, founder and president, Sports Legacy Institute. “Not only will this law protect athletes from preventable acute brain injury, but I anticipate we will discover it produces measurable results in reducing chronic brain injury down the road. Zackery’s Law sends a loud and clear message to those who have yet to appreciate the scope of the sports concussion crisis that the culture has changed, and that the bar for proper care of concussion has been permanently raised. I hope this law inspires similar changes across the country. Congratulations to all that made it happen.”

this is good but what happens when they don\'t realize the kid has been hurt and continues to play.lack of supevission in part of the coche.
As a ten year survivor of a TBI who was actively involved in athletics, I can appreciate the new law in Washington that requires athletes suspected of sustaining a head injury or concussion to see an authorized medical professional. When even the slightest possibility of a head injury is suspected, it is vital to get it checked out because even though a single concussion is serious, multiple concussions can create lifelong challenges.
As far as I know, the firm of Adler & Giersch has refused to disclose how much money they kept out of roughly $15M they took from Washington public school district. Let's say it's about one third, or $5M. That would pay for a lot of educational services. It happens to be the amount that Washington state division of voc rehab is currently coming up short in order to capture critical matching federal funds. These services benefit ALL people in the state including brain injury survivors, of which I am one. How is it not a financial conflict of interest for Adler to be both BIAWA president working the political side of the Lystedt law & deal, and at the same time partner in the personal injury firm that pockets money the lawsuit has extracted from the public? Also, this is not the first or only effective action taken by a state to protect kids from sports-related injuries. Please--think twice before following this self-promoting example in other places.
That's nice, but wouldn't it be better to focus all this energy and activity on turning kids away from sports that involve obvious high risk for brain injury, toward sports that don't? If we were taking smoking instead of football -- this would be like passing a law saying if a kid starts coughing after smoking a cigarette, s/he has to be checked out by a doctor to see if there's evidence of lung cancer (yet) before s/he can smoke some more. Great return business for doctors who collect fees for doing the new legislatively required exams, great for personal injury attorneys who line their pockets doing the lawsuits when the lung spots finally do show up, not so great for the kids allowed to keep on going until they do get hurt.