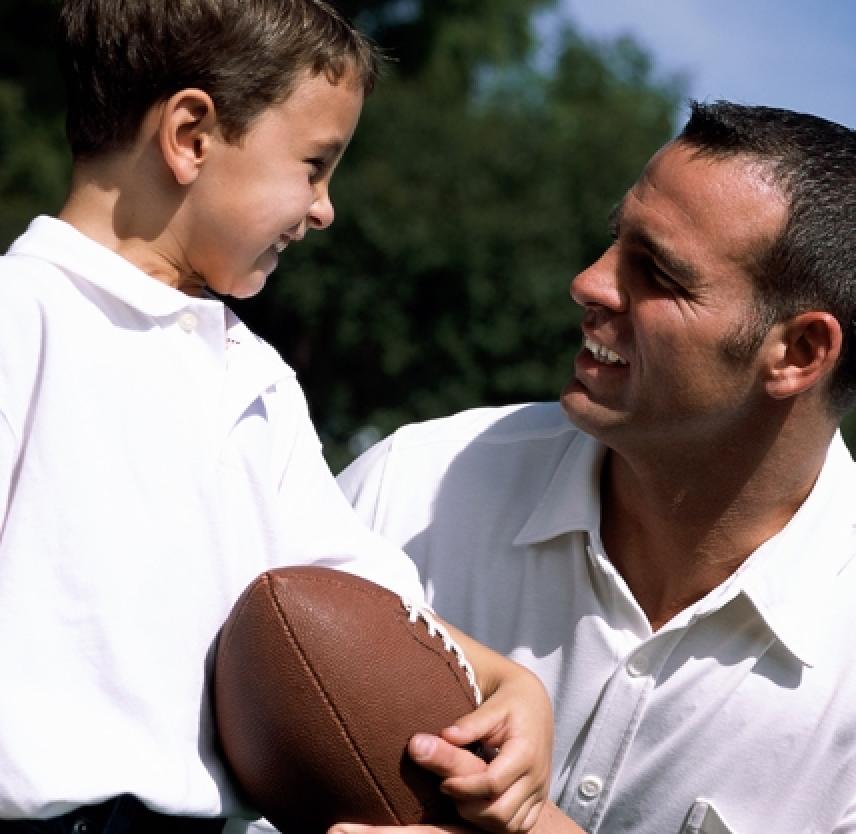 I am a pediatric neurosurgeon at Wake Forest University Baptist Medical Center and I love sports. Sometimes these two passions collide.

I grew up playing soccer, basketball, baseball and rowed crew. I also have three children, including two boys, ages 6 and 8, who play Pop Warner football. But I worry about youth sports as much as I love the games because of the risk of head injury. That's why, when I'm not in the operating room, I've been on a mission to raise awareness about the signs and symptoms of traumatic brain injury.

I'm also working on a research project with the football teams at Virginia Polytechnic Institute and Wake Forest University to better quantify the relationship between a hit on the playing field and a brain injury.

Let me start with some figures. According to the Centers for Disease Control and Prevention, each year U.S. emergency departments treat an estimated 135,000 children ages 5 to 18 for sports-related brain injuries. Most of these injuries are concussions, and the children recover. But the prognosis for children who suffer repeated concussions, even mild ones, is unknown. It's hard to imagine your child as a disabled, middle-aged man, but repeated concussions could put a child at risk for such crippling conditions as early onset dementia, Parkinson's disease and other neurological disorders no one wants to think about on the sidelines at a football game.

Overall, more than 1.7 million people a year injure their brains in an accident, a fall or on the playing field. About 75 percent of these brain injuries are concussions or other milder injuries. But some are deadly. About 52,000 people a year die from brain injuries and 275,000 are hospitalized.

Serious brain injury is pretty easy to diagnose. A player gets hit on the soccer field and loses consciousness; everyone knows to call an ambulance. But what about the subtler injuries? Two players collide on the basketball court. One of them is your best shooter. He looks a little dazed, but says he's okay so you keep him in the game. Later, it turns out he can't even remember knocking heads with the other player. He can't remember score and when he gets home he has a splitting headache. Sounds like a concussion to me. What he needs is rest --- lots of it. No playing time. No school. No TV. His young brain needs time to heal.

But our culture works against taking a player out of a game, let alone excusing him from practice for a couple of weeks. Young athletes are supposed to be tough. Coaches - and parents - expect them to keep playing, in spite of injury.

I hear too many youth football coaches say, "He just took a ding," when the fact is the player was hit hard enough for a brain injury. He needs rest, not playing time. Young brains are still growing. That's why children and teenagers have such an enormous capacity to learn. Their growing brains also make them more vulnerable to injury. Children and teens are more likely to get a concussion than an adult. And the younger they are, the longer it takes for them to recover.

My colleagues in Sports Medicine and Neurology at Wake Forest Baptist run a sports concussion program where they've developed technology to more accurately diagnose concussion. And I'm working with a team of researchers at Virginia Tech on a study that will take some of the guesswork out of diagnosing concussion on the playing field. We've installed a simple device inside the players' helmets that measures the force with which they're hit and transmits that data to the sidelines. The device, known as an accelerometer, fits snugly in the top of the helmet. The team doctor can monitor from the sidelines. When a hit registers a high level of force, he'll take the player off the field and examine him for signs of a concussion.

My hope is that eventually all football helmets will be equipped with devices that measure the force of a blow. We'll provide coaches with hard data, so they know that if a player gets hit at a certain force he needs to come out of the game and rest. The hope is to be able to say, "That guy had a hit. Even though he's not showing signs of concussion, he needs to be checked out before another play." Until then, I'll be preaching prevention.

The website for Brenner Children's Hospital includes lots of information about brain injury for coaches, parents and young athletes: www.brennerchildrens.org/. I urge anyone involved with youth sports to learn about the symptoms. The main ones to watch for are confusion, memory loss, dizziness, blurred vision, headache and nausea. Some of the subtler symptoms include moodiness, trouble sleeping and anxiety.

When I was a resident in training no one wanted to take care of concussions. They are too subtle, too hard to diagnose. You can't see a concussion on an MRI and there's nothing to operate on or remove. The only treatment is rest, until all the symptoms clear up. When I say rest, I mean no reading, no watching TV, no video games.

Then you ease the child back into a normal routine after the symptoms have cleared - even if that means missing the championship game or the practice that will give him a shot at starting next season.

Often young players and their parents don't want to take my advice. They want their child to play - in spite of a lingering headache, in spite of an injury to their growing brain. I understand. Remember, I love sports as much as the next guy. But I have a rule for my own boys. If either one suffers a concussion at this tender age, he's done with football. The risk for future complications is too great. That's their dad, the neurosurgeon and sports lover, speaking.

Dr. Powers is a pediatric neurosurgeon at Brenner Children's Hospital at Wake Forest University Baptist Medical Center in Winston-Salem. If you would like to reach Powers you may contact him by e-mail at Brenner contact apowers@wfubmc.edu.

The first concussion is too many.
What the hell is a "concussion" anyway, but a TBI with unknown future complications ?
Is your child's brain less important to you than your own desire to live vicariously through their cebrity status ?

"The brains more important that the game"... nice sound bite

Long time ago but.. when you say "If either one suffers a concussion at this tender age, he's done with football. The risk for future complications is too great. That's their dad, the neurosurgeon and sports lover, speaking."

As a mom with a concussed teenager at home, I appreciate this article. My son is 7 weeks post concussion, is unable to attend school full time, goes to physical therapy twice a week, and is being treated at an excellent concussion clinic at a top notch hospital. He plays competitive hockey and has loved it, but I agree that his brain is more important than the game. It's hard not to feel guilty for letting him play such a rough sport, but as parents, we do the best we can. Hopefully he'll be symptom free within the next few months, but will not return to hockey any time soon, if at all.

If your child is going to concussion therapy with such injuries he/she needs to be sent to a neurologist for advanced diagnosis, imaging, and neurological testing.
Don't let your primary physician and the public school system downplay such injuries while kicking your child to the curb.
You may even want to hire a lawyer to keep the wolves away while you seek better care for your child.
This is no game !