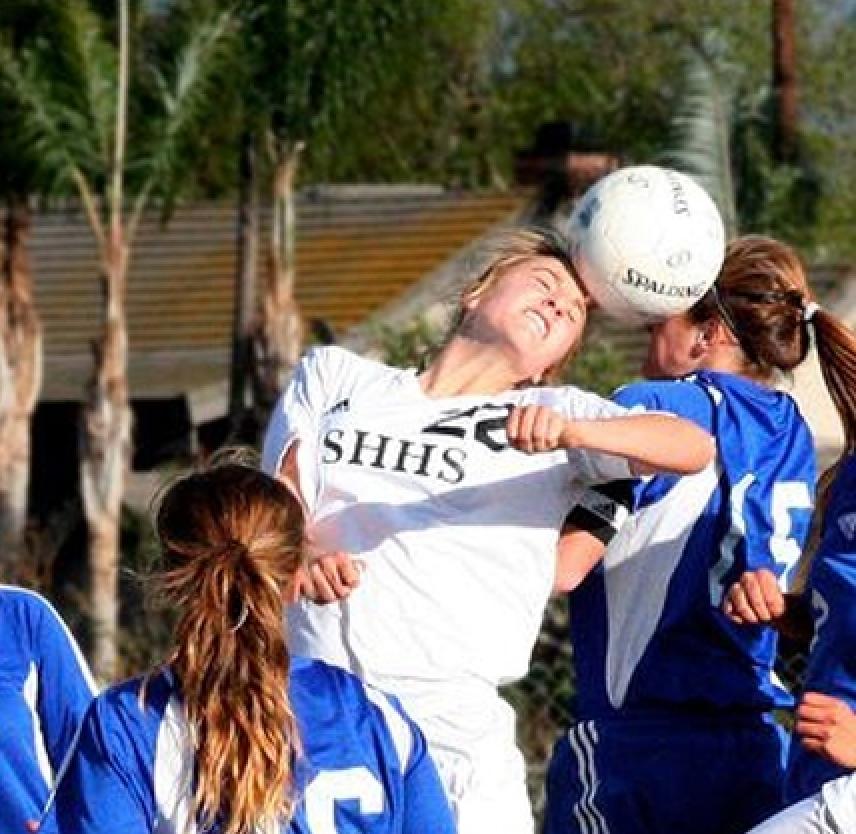 Collisions. Headers. Goalpost run-ins. Soccer athletes and fans can't help but wonder which elements contribute most to the frequency of concussions in the sport, particularly among young girls. Researchers have been collecting data in helmeted sports for many years using accelerometers embedded in head gear, but non-helmeted sports have presented obvious challenges.

Impact data has provided some of the most critical science in the concussion field. As a result, the forces that players sustain in various contact sports are well-documented and found, in some cases, to be alarming.  The latest addition to the data bank was the inclusion of an impact study on 7-and 8-year-old football players and the adult-sized forces they incurred during practices.

Now the focus is turning to other sports, including soccer.  A new study by researchers at Wayne State University, published in the Journal of the American College of Sports Medicine offers insight into head acceleration in girls' youth soccer (U14) during game play.

The Head Impact Telemetry System (HITS) used to measure the force impacts, was utilized in this study.  Small accelerometers typically mounted inside helmets, transmit data wirelessly to researchers on the sideline.  In this case, soccer headbands with the padding removed were outfitted with the instrumentation.  Impacts over 10g, or 10x the force of gravity, were recorded and analyzed at a later time alongside corresponding video footage to determine the nature of the hit. For reference, a sneeze might be 3g, a fighter pilot might "pull" 9g during maneuvers, and high school football players regularly sustain hits ranging from 60-100g and higher, many without reporting concussion symptoms.

A total of 24 girls participated in the study, conducted during scrimmages on grass fields.  Scrimmages lasted 30 to 65 minutes each. None of the players suffered a concussion during the research.

Researchers hypothesized that non-header impacts would exceed those from heading the ball, but that was not what the case.  Many of the players experienced multiple impacts in a single scrimmage, the cumulative effects of such impacts within a short time frame are unknown.

Concussions can occur in any sport and amending equipment and making rule changes to decrease the frequency and severity of the injury depends on science.  Soccer has emerged as the leading cause of sport-related concussions for young girls and researchers are working to unravel the reasons why.  Hypotheses range from less neck strength, to hormonal differences to better reporting by females.