Interpreting the behavior of someone with TBI can be like trying to interpret the words of someone speaking a foreign language. Learn more. 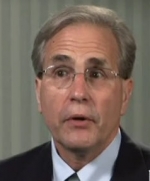 I am post 45 years TBI. I was inured in a car accident when I was 25. My whole family has either denied I have a TBI at all or they have decided among themselves I am a person who is mentally ill and enjoys drama. Who cannot let go of the past, etc. I needed to talk to them about the past because I had amnesia after a car accident. Which they were mostly incurious about anyhow. I could not recognize myself and had lost large parts of my childhood memories. As with all my difficulties, if they were going to get better, it took many years. Sometimes decades to get clarity.

They have completely resisted going to a neurologist or neuropsych with me who can explain exactly what you have explained in this article. My neuropsych exam says I have no delusions, hallucinations or formal thought disorders. I can't carry that around with me and show to them whenever I offend them with something I say or do.

It took me a long, long time to get where I am. And many years of therapy. I did it all on my own. My family, including my own mother were unsupportive. My younger brother said I could show my medical records to them and they still would not believe me. And, as anybody who is familiar with this problem, the chance for misinterpretation from medical records is high. For instance on my neuropsych exam it says I have a relatively minor head injury. That is compared to somebody who has obvious brain injury problems, and that was explained to me.

One family member said it was like falling off a bike and she would not believe anything happened to me unless I was dragging a leg behind me.

I am ever realizing things that were affected by the accident. Forty years later I am realizing how I have been too trusting. I trusted the wrong people with information, trusted them to be honest, and misinterpreted their statements as confirmation I should do a particular thing. And for the most part, these were very untrustworthy people. In other words, I am easily conned by a particular type of person. One of them passed himself off as a therapist who didn't get his degree. I can't even tell you the damage he did to me just for the fun of it.

According to my neuropsych exam my premorbid IQ was in the superior intelligence classification. I lost my photographic memory. I was already in trouble with my family because I had a mother who hated that I could see past her gossipy, self centered ways. As a child I used to tell her things didn't seem happy in the family. That made me a black sheep. So her name for me was feather head. Her campaign to sell me to my siblings as somebody who was stupid. So I was pretty much doomed to make a case for who I really am with them anyhow.

My post morbid IQ is in the superior intelligent classification. One neuropsychologist explained to me it is harder for gifted individuals to deal with what they have lost. So my recovery has been very difficult with no support. Art is one of my gifts. After my accident I could only paint muddy images. I worked my ass off for ten hears to get to the point my art had artistic merit. I did not paint often. What's the point. But I painted when I was moved because a clear concept came into my mind of what I wanted. And I could eek out parts of it. Then more, then more. That's what brain injury is like. It has a separate schedule. Art is something tangible. The way I worked to manage my executive functioning was a thousand times harder. I had to wait. So much of it was waiting and then understanding comes. Then more waiting. Putting together a million piece puzzle one piece at a time, and not always being successful when you try. It's a patience game like no other.

One sister has yelled at me that I need to face facts. I don't know what the hell she is talking about and I don't want to know. I guess yelling at me feeds her sociopathy so she doesn't really need a premise. Just the fun of yelling in my face something is wrong with me.

My message is don't treat brain injured people like this. Would you kick a dog with a broken leg? Then don't add injury to an already injured person. Accept they aren't able to live up to your expectations in ways. And also accept their cognition is hit or miss. Especially in the first few years following an injury. They may be competent in some areas and fail in others so it looks like a mental illness. Don't judge unless you have PhD after your name. It punishes them. Their injury is already punishing enough.

I wish there was some place for me to consult with brain injured patients and get paid for it. I would be an excellent person to give them some sense of peace and tell their families to be patient. Not forgetting that some families have burnout and are carrying an enormous burden of taking care of their loved one.

Sounds a wee bit manipulative, understandably, considering what you've been through.
There is an article listed on the cover of AARP this month entitled FRAUD ALERT: WHY SMART PEOPLE GET SCAMMED. I recommend you read it as the injustices you have already experienced at the hands of unconscionable, sycophantic and malicious people make me very sad and I would not want to see another elderly gentleman get hurt.

OMG, I was thrown from a horse in 1958 and semi-comatose for several days. Everything I experienced after that you articulated above. I was 10 years old at the time and wondered why everyone hated me except for boys who wanted to kiss or touch me.
At age 18 I married one of them. I have been married 53 years and he still doesn't know me. He is divorcing me. I have also had a vascular (benign) brain tumor, ulcerated colitis, pancreatic cancer, cardiomyopathy and finally went to nursing school as well as law school to be able to care for myself in a world that hates me. My first publication was in a medical journal. I'm guessing you get that I too have a very high IQ. I am currently working with hospice patients which I love, it has helped immensely. It makes me feel worthy.