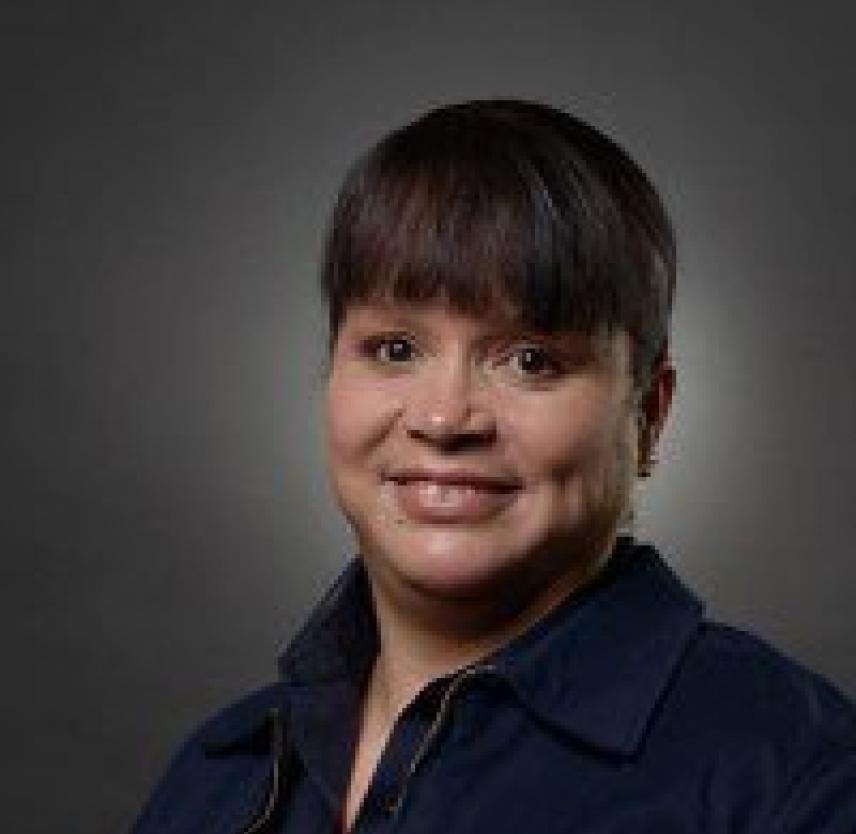 Sir, I do not request an apology, explanation, or acknowledgment of my letter. As a lecturer at Texas A&M who advises future leaders, I wrote this to say that I mattered then, and I matter now. I did not deserve to be relegated to a second-class soldier.

As a perfectionist, I asked several people for advice about how to outline my military experience.

“Write your story chronologically,” they told me.

Ah, therein lies the rub: My mind no longer follows the beaten path. I like to refer to my thoughts as Etch A Sketch—strident winding shapes that can vanish as quickly as they appear. It is hard at times for me, or for any unlucky bastard with whom I engage in a conversation, to follow my train of thought.

But I realized recently that a better way to describe my posture is “scrambled silence.” I earnestly struggle (scramble) with my intrusive thoughts with hopes of fragmented calm (silence) as my reward. In any case, I find it difficult to see the forest through the trees while riding the wave through this tornado I call life. (Even my metaphors are scrambled.)

Over the years I have struggled with self-worth and have fallen victim to additional assaults while on active duty. As a young officer, I consistently looked to leaders like you for acceptance, which continued throughout my career and eventually manifested itself as self-loathing.

At the end of my 21-year Army career, I gave up trying to appear as if I were normal. Assault after assault—physical, sexual, verbal, and existential—I reached muscle failure and asked to be medically discharged. Doctors had diagnosed me with chronic depression and post-traumatic stress disorder earlier in my career and I was exhausted. The only way I can explain it to others is to say PTSD is like wearing a drenched wool blanket that’s infested with fleas during a hot Texas summer. Each day was more difficult than the previous with promises of nightmares yet to come. Several questioned how I could have endured so many years of mistreatment. To that, I can only offer that abuse knows abuse. In my experience, military service and abuse were synonymous.

I served you and my country well and should have been treated accordingly. I was not responsible for my assault and it was not my duty to control my assailant.

As I sat on the worn black pleather couch in a cramped office in Bad Homburg, Germany, on an unseasonably hot day, I dreaded the infamous medical board psychological exam.

Approximately two months prior, I had experienced my first physical trigger and had not fully recovered. The psychiatrist, an attractive, sun-kissed Italian man who wore a light blue “Life Is a Beach” T-shirt, sat across the table from me with his pen at the ready. He was a small, balding, middle-aged man whose forearm-hair stubble looked as it had not been shaved in at least a week. In Italy, shaved forearms were quite common.

One night while I was at work, he vandalized my sleeping unit; luckily, I was on the night shift and found the damage prior to anyone else noticing. I cleaned the trailer and went to the mayor cell quickly to have someone fix the broken lock to my door under the cloak of darkness. Days later he sexually assaulted me in his quarters.

That is the beauty but the bane of my existence: I see and hear everything. I constantly scan my environment to look for clues that will enhance my chance of survival. This skill comes in handy if you are in a knife fight in a telephone booth; however, it falls flat at a cocktail party when you try to rationalize the futility of Wile E. Coyote strapping himself to a rocket in his valiant effort to catch the elusive Road Runner. As the television show character Adrian Monk eloquently noted, “It is a gift, and a curse.” 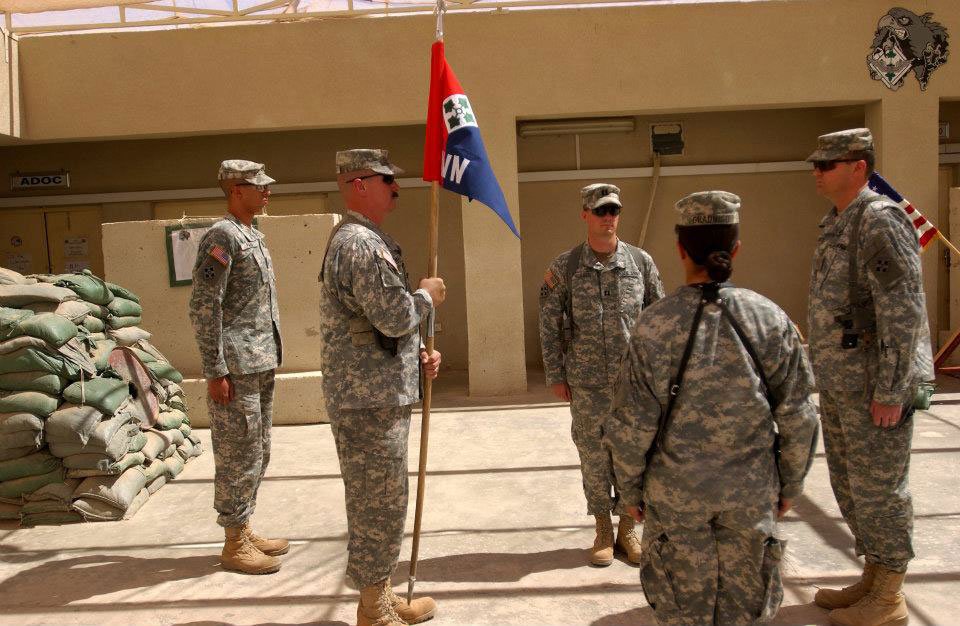 “When did you start to experience PTSD symptoms, depression, and sleep disturbances?” the Italian doctor asked during my exam. “Do you know that these are serious diagnoses?”

Of course, those were loaded questions to me.

Without discussing the altercation with me and in no uncertain terms, [the major] informed me that the assault had “embarrassed you as a brigade commander and I needed to get the situation under control.” I assumed that was your sentiment, as well, and quietly went on my way.

Did I know depression and PTSD were serious diagnoses? Yes, thank you, Captain Obvious; I know I am cuckoo for Cocoa Puffs. I appreciate your innate ability to make me feel even better about myself. Now, if you would be so kind, please issue me my requisite Operation Iraqi Freedom veteran’s ball cap, handicapped placard, and bottle of Maker’s Mark. I will be the cracked vet with schmutz on her chin sitting alone at the end of the bar, doodling on my napkin while I hum “Welcome to the Jungle.”

As you know, just weeks before we redeployed, we were hit with a mortar round and a mass-casualty (MASCAL) event ensued. (September 2006.)

This is the worst part: I know I am not who I once was, and I am desperately trying to return to my former self.

When did I start to develop sleep problems? Do I think my symptoms are related to my deployment in support of Operation Iraqi Freedom? To me, that was like asking a 400-pound person which bite led to obesity or an alcoholic which drink tipped them over the edge.

Yes, I have always been high-strung, but I used to thrive on chaos. The worse things got, the better I got. Now, when I become overwhelmed, I can hardly function. It can take me days to answer an email or return a simple phone call.

The tactical operations center was chaotic; I realized that no one had taken control of evacuating the casualties to the airfield. Since I had only been in command less than two weeks, I fell back on my medical services officer tasks and ran the MASCAL while my first sergeant fulfilled the headquarters duties and secured the airfield.

To explain to the psychiatrist the impact my deployment had on my sleep problems, I told him that my military doctor had prescribed me Seroquel for sleep downrange, a drug that I learned years later was an antipsychotic. His lightheartedness changed to concern as he asked in broken English, “And you took this willingly?”

I had to remind myself that he was unfamiliar with Army culture—a clandestine culture within a culture—but I was fuming inside. I answered “yes” politely, but my inner nut screamed, “No, Numbnuts, I took it like I took everything else the Army had to offer: up my ass, one pill at a time!”

Figuring those thoughts were best left caged as they were unbecoming of an officer and a lady, I explained to him that I had been stationed at Camp Taji for 12 months and would have done anything to sleep. Camp Taji was (and is again) an Iraqi base, and the U.S. Army expended confiscated, unexploded ordnance throughout the night. The look on his face was one of disbelief. 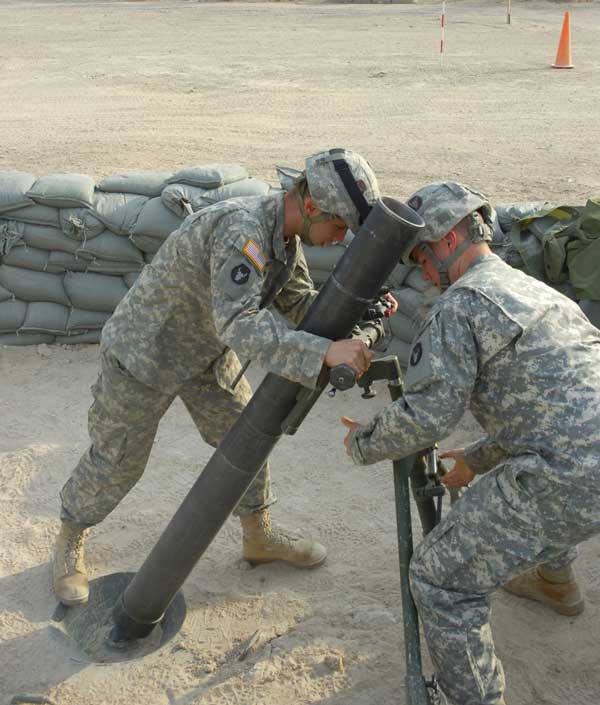 On the drive home, it took a moment for the gravity of my admission to take hold.

As a team, we successfully evacuated all casualties without loss of life. The airfield was secured and all soldiers were accounted for. Yet, after you returned to the operations center, you approached me in the major’s office, pointed your finger at me, and gave me a half-hearted compliment in one breath that I had done a good job, and then lamented that I failed at fulfilling my headquarters commander duties in another.

As for PTSD, no one knows about my struggles other than my therapist—when I choose to speak to one, when I can’t get right. My friends have since been long gone. Sure, I have a couple of similarly twisted Army pals I feel comfortable enough with to call in a Jim Beam-fueled rage to rant about the topic du jour, but no one who will voluntarily pick up the phone to return the favor.

Since I have always projected a Foxy Brown kind of persona (sans Afro, beauty, and figure, but with the funk soundtrack playing during the fight scenes), it is difficult for people to grasp that I too, am vulnerable to the constant attack on my soul. I have always been different from the rest. Outwardly, I’m a force to be reckoned with; inwardly, I’m a private person who struggled with low self-worth who has been sexually assaulted four times on active duty.

In retrospect, the majors were keenly aware of the danger I faced as they frantically barked orders from the tactical operations center, as neither one of them ever strayed too far from the safety of the door.

My first assault, the one I didn’t report, occurred in 2000 when I was a lieutenant assigned to a medical unit at Fort Lewis. After a routine exam, my dentist concluded that I needed my wisdom teeth removed. At the beginning of the procedure, he told me that if I could feel pain as he pulled my teeth, I should tap on the armrest and he would administer me more Novocain. So, when I felt residual pain, I followed his instructions: tapped the armrest and nothing happened, no pain relief. Instead, the goon stood up from his chair (he was a ruddy-faced ginger who was at least 6’5), told me to “suck it up,” thrust his free hand onto my chest, and held me down during his final yank.

Helpless, I clutched the armrests tightly to brace myself for his final assault. This must have served as his sidekick’s clue to rub his genitals on my hand. The dentist maintained full control of my body while he watched his flunky's transgression. I surmised that inflicting me with as much pain as possible gave him pleasure; he tore both sides of my mouth during the extraction.

Notably, I and another Black female captain were the only two officers on staff who were not awarded the Bronze Star at the end of the rotation.

After they were both done, pun intended, I walked back to my unit to never tell a soul. No one would have believed me anyway. The dentist was the dental clinic commander—a highly revered colonel—and I was only a lieutenant. Unfortunately, data indicates my story is far too common: In fiscal year 2018, 20,500 servicemembers were sexually assaulted while on active duty; 76% of victims did not trust leadership, and they didn’t report crimes committed against them.

He replied to my letter, which I wrote in response to Vanessa Guillen’s murder: 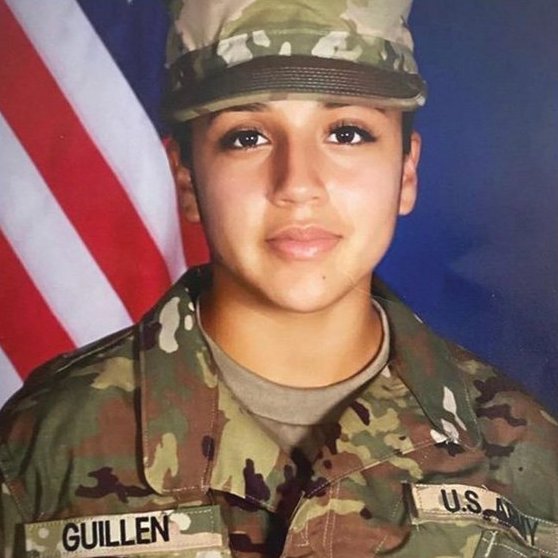 I understand I cannot undo the damage you experienced, but I want to assure you I highly value your courage in letting me know the results of my direct and indirect actions. Your actions will make me better in the future. I greatly value our Army and dearly loved the opportunity to serve along magnificent Soldiers like you, Michelle. I know the faith in our Army has been damaged and will not easily be restored. Again, I hope you will accept my deepest apologies. It is important to me our Army remains a place where our national treasure—our sons and daughters—feel safe and confident to serve.

As a newfound friend recently explained to me, I may not be able to change the past; however, writing to my former brigade commander about my experience may be a part of the solution. And we, including me, all deserve solutions.

Editors Note: This article first appeared on The War Horse, an award-winning nonprofit news organization educating the public on military service. Subscribe to their newsletter