How Common is PTSD in Women? 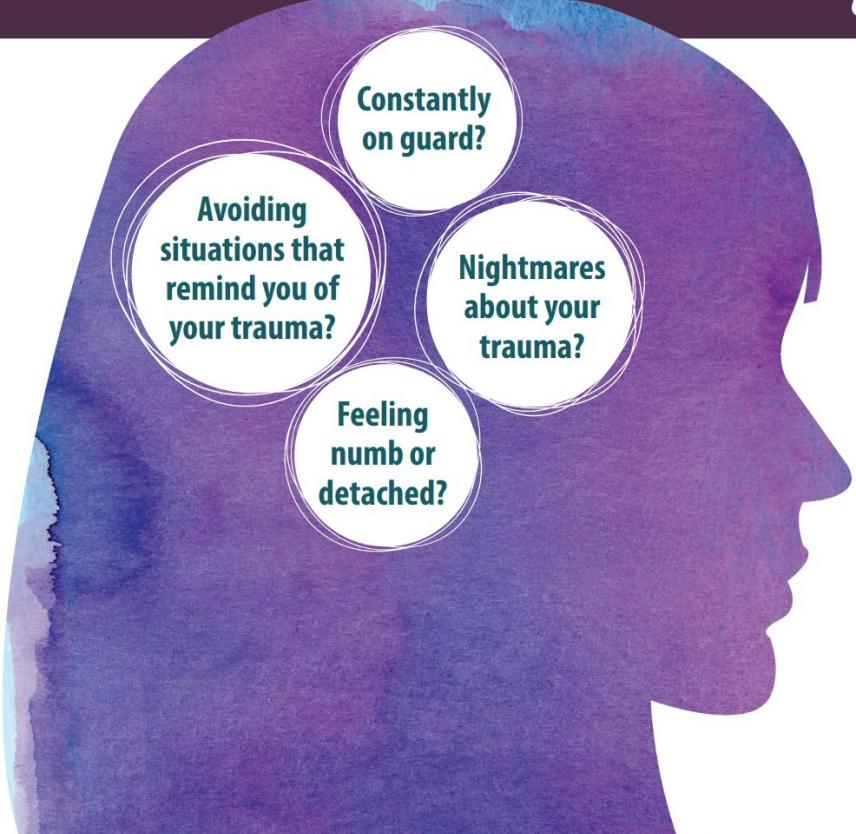 Trauma is common in women; five out of ten women experience a traumatic event. Women tend to experience different traumas than men. While both men and women report the same symptoms of PTSD (hyperarousal, reexperiencing, avoidance, and numbing), some symptoms are more common for women or men.

Most early information on trauma and PTSD came from studies of male Veterans, mostly Vietnam Veterans. Researchers began to study the effects of sexual assault and found that women's reactions were similar to male combat Veterans. Women's experiences of trauma can also cause PTSD. This finding led to more research on women's exposure to trauma and PTSD.

What happens after trauma

After a trauma, some women may feel depressed, start drinking or using drugs, or develop PTSD. Women are more than twice as likely to develop PTSD than men (10% for women and 4% for men). There are a few reasons women might get PTSD more than men:

Why are some women at higher risk for PTSD?

Not all women who experience a traumatic event develop PTSD. Women are more likely to develop PTSD if they:

There are good treatments for PTSD. However, not everyone who experiences a trauma seeks treatment. Women may be more likely than men to seek help after a traumatic event. At least one study found that women respond to treatment as well as or better than men. This may be because women are generally more comfortable sharing feelings and talking about personal things with others than men.

Women in the military

Women in the military are at high risk for exposure to traumatic events, especially during times of war. Currently, about 15% of all military personnel in Iraq are women. Although men are more likely to experience combat, a growing number of women are now being exposed to combat. Women in the military are at higher risk for exposure to sexual harassment or sexual assault than men. Future studies are needed to better understand the effects of women's exposure to both combat and sexual assault. 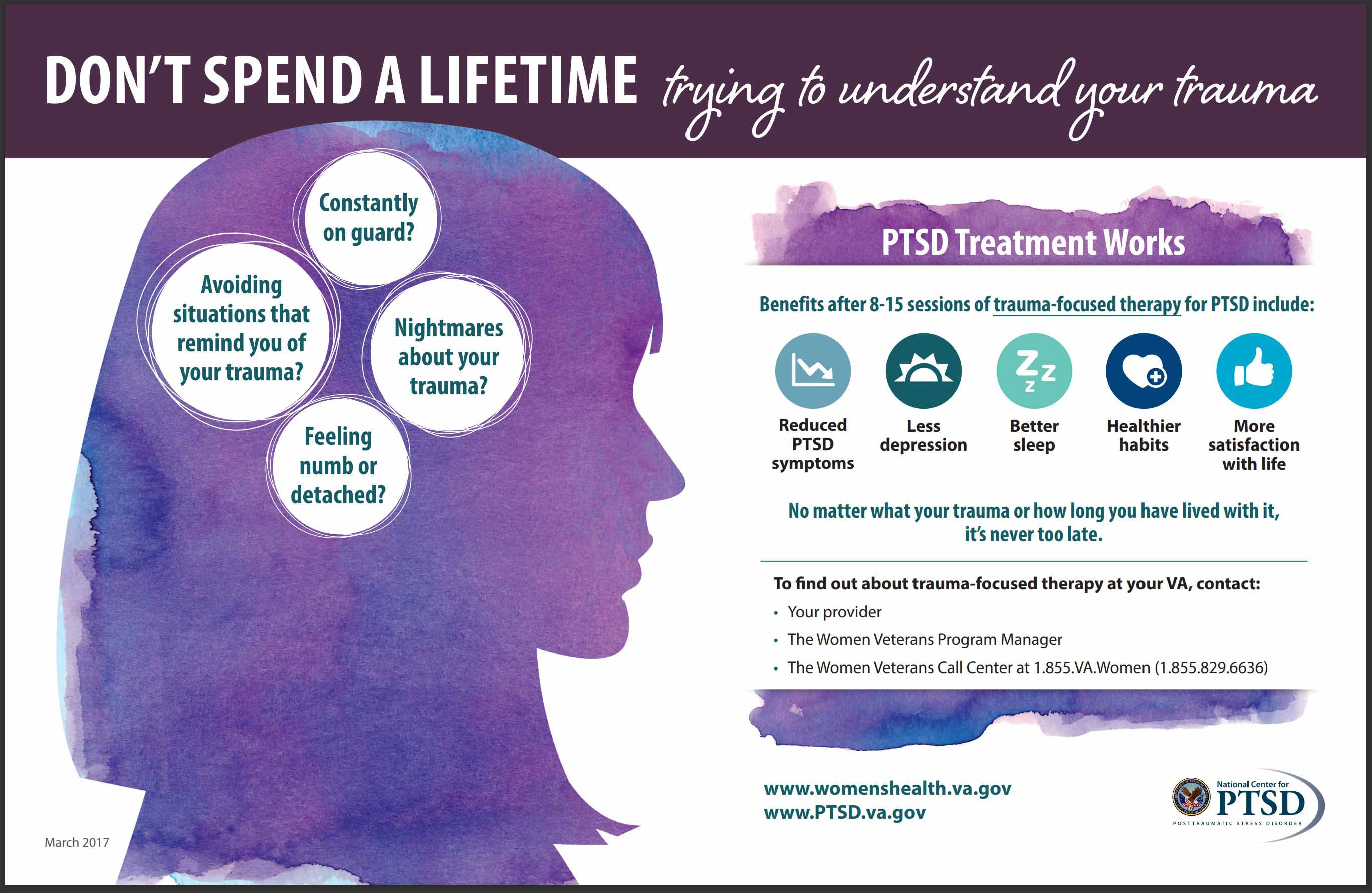 For more information about treatments for PTSD please visit The Treatment Hub.

I am just wondering why more emphasis is not put on women who are subjected to abuse, meaning not only physical but emotional, neglectful, mental, treated like they are a nobody but yet is told they are loved and many situations that are actually manipulation at it's best by their spouses, loved ones, etc.. there are so many types of abuse that can go so far that it literally destroys a persons life ... and i know what people are thinking, why did the person stay in such a situation, well that is what i mean about the manipulation -emotional manipulation is certainly abuse as i have experienced it all too often .. it will make you doubt everything about yourself, not trust, have no confidence, hurt your heart to the point of no return, like being lied to constantly and knowing it but the other person makes you or tells you that you are crazy, he/she is telling the truth .. feeling stuck also is a reason some stay ... no way out, many reasons, try this-sometimes they just love the person too much to be able to leave them at that time and wait until it has literally broken them and then they become destructive with their lives not knowing what, where, how, when, all that about what to do with their life next as they have had their lives settled in love they thought ... and also they tend to want badly to believe the person does really love them regardless... it is all so sick ... and it does not seem to matter for some that they reach out for help from professionals or support groups or family / friends, it is still one of the most painful situations and that alone to me is able to bring upon PTSD and also i want to mention the fact that you can also get this from having TBI, in my instance, after a horrific car accident and brain damage and spinal damage etc... many operations and problems from the brain damage itself ... especially if you seem on the outside to be doing okay and all think you are just fine and if they only knew the struggles within ... could someone please talk about all of this that is educated on it or is experiencing it please ... help is needed for so many ... thank you ...