Reclaiming Health After a Brain Injury 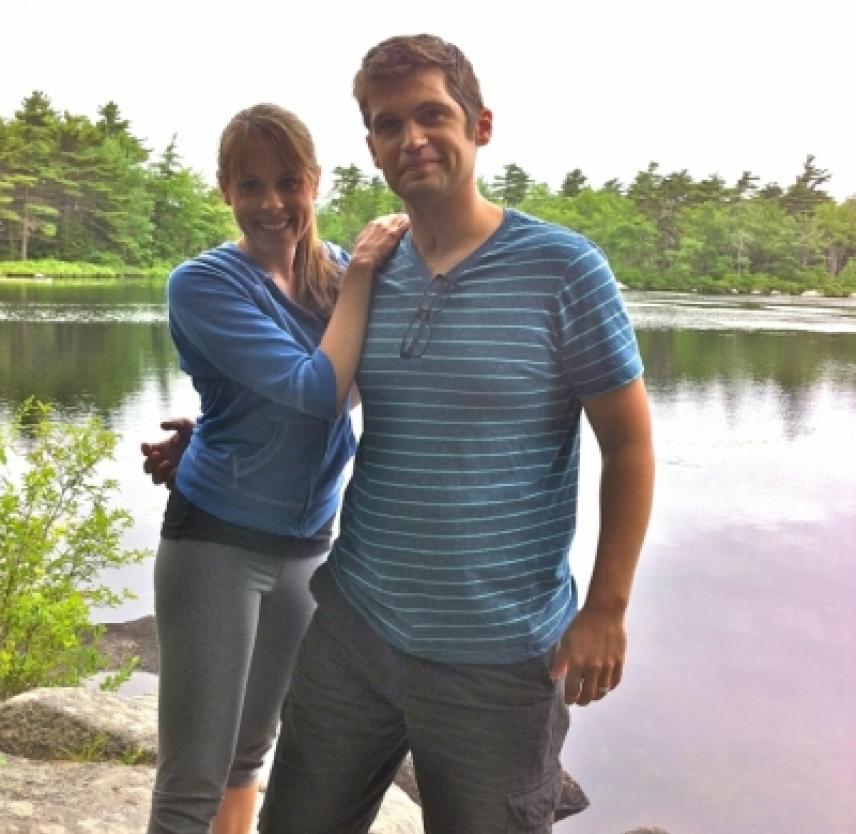 Life falls apart pretty quickly following a traumatic brain injury. Not only does the health of the person with the brain injury become a critical issue, caregivers and other family members may also find their health compromised by the stress surrounding the event.

When my husband, TC, came home after a combined three months in the ICU and intensive inpatient rehab, he was a startling 130 pounds. His gaunt frame was more than 40 pounds lighter than it was the night he was robbed and assaulted, the event that left him with a massive brain injury.

As TC’s primary caregiver, it was distressing to see my formerly athletic husband in this emaciated condition. During his stay in the hospital, I had done my best to supplement his meals with nutritious snacks like Brain Smoothies, but once he got home, emotions overrode all common sense.

Eager to get TC back to his “old self,” I was intent on bulking him up quickly. After six weeks of rich pasta dishes and lots of red meat, the scale was up. However, our problems were not solved. For one, he still didn’t look the old TC. The extra weight had done little to improve his lack of muscle tone. In addition, his eating habits were taking a concerning direction. TC was growing accustomed to multiple servings at each meal (always accompanied by dessert). The healthy food choices that characterized his life before brain injury had been replaced by a preference for junk food and sugar.

In my rush to help TC return to his pre-injury body, I neglected some fundamental rules of nutrition. As a result, TC’s blood pressure began to rise. The numbers weren’t alarming, but they certainly didn’t align with TC’s former level of fitness. In short, it was time for a lifestyle overhaul.

Many individuals with brain injury, including my husband, struggle with diminished confidence and self-esteem. In his previous life, TC was both a runner and soccer player. When he came home from the hospital, however, he was still in a wheelchair. It was upsetting for him not to be able to participate in the sports he enjoys. Without his former abilities, TC grew increasingly dissatisfied with himself. He felt unattractive, out of shape, and fatigued. As a couple, we discussed how to address these problems.

Returning to the gym was the first important step in helping TC to reclaim his health. Under the supervision of his physical therapist, TC began visiting the gym on his off-days from therapy. He started slowly, utilizing the treadmill’s lowest settings and gradually learning to walk a mile at a time. He has limited use of his right arm, but a personal trainer showed him how to work safely with light weights. It’s been a long and painstaking process, but TC’s visits to the gym have afforded him a degree of independence that had been absent from his life for many months.

Diet was also something we wanted to address and TC came up with the idea of going vegetarian for a month. He was less interested in eliminating all meat from his diet than he was in replacing unhealthy choices with a greater sampling of fruits and vegetables. This experiment yielded unexpected results!

Not only did TC lose ten pounds (eventually returning to his pre-injury physique), he experienced a huge rush of energy. His healthy eating habits were complemented by long walks to the farmer’s market to pick up local produce. Going mostly vegetarian also inspired TC to resume cooking. It wasn’t long before I found him in the kitchen preparing his favorite dishes: quinoa with root vegetables, avocado salads — even homemade bread!

The exercise and weight loss have given TC renewed confidence in his body and in his abilities as a contributing member of the household. Looking good has only been a small part of TC’s motivation, however. Recent studies indicate that brain injury can greatly affect the aging process. With a young son to consider, TC is determined to resume his role as an active, engaged father. Exercising and consuming foods with high nutritional value are essential components in healing a brain-injured body.

Health and the caregiver

The period after TC’s attack was the most stressful, chaotic time of my life. It took less than a month for me to abandon all my own healthy habits, including balanced eating and daily exercise. Despite the mounting trays of casserole in my refrigerator, I ate irregularly, quickly losing ten pounds of hard earned muscle. I became a poor sleeper, staying up late into the night and finding extreme difficulty getting up in the morning. Worst of all, I took up smoking.

My personal wake-up call came five months into TC’s recovery when my mother was diagnosed with breast cancer. For months people had been telling me not to forget to take care of myself, but I had scoffed at their advice, wondering how self-care was even possible during such a hectic time. My mother’s illness was the blow I needed to really process this important message. Without me in the picture, who would be left to take care of my young family? I threw the cigarettes away, pulled out my old vegetarian cookbooks, and dusted off my yoga mat.

I was nervous about returning to the yoga studio after such a prolonged absence. I was weak and my form was sloppy, but after a few sessions, I discovered an aspect of yoga that has proved essential in my new day-to-day life: meditation. On the days I still find myself strapped for time to exercise, I make a point of meditating for five minutes. I prefer to do it first thing in the morning, which allows me to set an intention for my day. Some days I set forth an intention for greater energy or to show kindness to someone. But it’s often as simple as intending to drink more water. Meditation is an opportunity to foresee the day ahead and mentally prepare. On the days I meditate, I feel purposeful and more productive. This little exercise has greatly helped me to manage the stress in my life.

As we approach the one year post-TBI mark, I’m proud of the progress TC and I have made in reclaiming our health. A surprising outcome of this lifestyle has been the opportunity to bond with my husband through healthy activities. As TC continues to improve his walking and mobility, we have learned to enjoy slow hikes and long walks together. We go to the gym, kiss each other goodbye, and spend an hour doing our own workouts before leaving hand-in-hand. TC and I greatly enjoy planning healthy meals for the family and introducing our two-year-old son to some of our new favorite dishes. Our former approach to health was “to each their own,” but TBI has taught us that healthy living is much more fun when you take a team approach.

Traumatic brain injury has robbed my husband of so much, but surviving an injury of this nature has given us both a deep appreciation for life. We understand the health risks ahead, so we’re more committed than ever to taking charge of our health now. There’s nothing more important than being there for our son in the years ahead. We owe it to him to do everything in our power to make that happen.

Can relate to your struggle only difference is our ms was our son. He to has returned to his pre tbi state. Obsessed with his muscles and his physical appearance. Our prayer now is he will find a life partner

Abby: Congratulations on your success! As a TBI Survivor myself, I KNOW that healthy eating and exercise is the biggest aid in recovery!
Great article! Thank you for sharing! I agree in the nutrition and exercise. You should see what my brother was being fed at the last two institutions that he has lived in with no exercise. The deterioration is unbelievable and these are our experts. It has taken a fight to get them to see the light! I so appreciate all of you that are now coming out with your journeys! May we all learn from the people who are the experts: "Survivors and family members"
I have never related so dseply to someone else's personal experience of hardship and triumphant in regards to a TBI....we are beyond words to peas in a pond....and I would love to pick your brain a little more in depth...please email me at Eporthopaedic@gmail.com ....I would be beyond grateful.....sincerly ...a women..wife..... mother...caregiver ..and someone in need of good advise...Nichol Bebrens