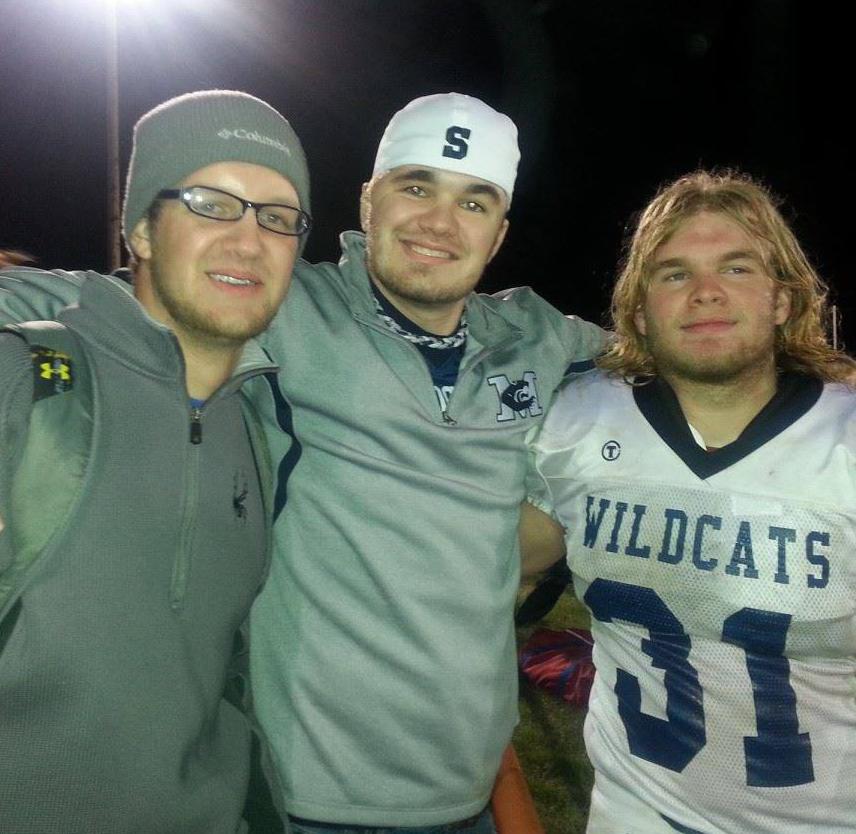 Over the last few months, a group of people has weighed heavily on my heart. I’ve been thinking about them, and I’ve wanted to express my concern and compassion for them. They are the siblings of brain injury survivors.

What happens when your brother or sister suffers with a brain trauma? What feelings surface when someone watches his parents endure such a catastrophic event?  What is the emotional fallout that occurs?

I’ve held conversations with my younger sons, Tanner and Avery, about what happened to Taylor. I’ve surmised we’ve barely scratched the surface of their emotions. I observe their grief as deeply complex. Perhaps the pain is still emerging and isn’t ready to be uncovered. Perhaps they don’t want to pick the scab off a wound that appears to be healing. I honestly don’t know.

Prior to Taylor’s fall, my sons shared an imperfect relationship. In fact, at the time of Taylor’s accident, our family was in disarray. Brain injuries don’t care what else is happening. They are intruders. They come and break the lovely, and shatter the already broken.
Tanner and Avery shared a closeness that was different than shared with Taylor. This doesn’t mean they didn’t hold a huge space for Taylor, and he for them.

In recent years I’ve heard recollections of their days growing up in the country. Part of me wonders where I was, and what I was doing during these chicken coup antics. A greater part of me adores the secret memories shared. They bonded over wild and wonderful moments.

Taylor’s accident redefined our family. It changed us in recognizable ways and in ways that we are still discovering. We lost part of ourselves when Taylor tumbled down the stairs. We also lost the security of a known presence.

Taylor was guarded in expressing emotions with his siblings. He had not reached the level of maturity involved in communicating the affection he had for them. Yet, he was there to cheer them on and was one of their greatest fans.

In the first months after his accident, Taylor struggled with differentiating his brothers. He recognized Avery but was less cognizant of who Tanner was. He called Tanner awful names and seemed to carry disdain for him. He hurled insults at all of us, but with Tanner, it was more intense. This cruelty cut deep. Those moments were agonizing. They taught us to be prepared for the train-wreck instants of TBI, unstoppable cruelties offered in many forms.

Here was this person you loved who you had been weeping over, praying for, and hoping against hope would recover... who doesn’t know your name. He barely knows you and seems to resent you.

With Avery, Taylor became more childlike. Taylor revealed his frailty and vulnerability to Avery. This was the polar opposite of the time prior to his injury.

Tanner and Avery retreated in their own ways. Tanner withdrew from friends. Avery walked among his university campus thankful for anonymity. They both remained present for Taylor, and for their dad, Keith, and me. But who was present for them?

Brain injury was especially difficult for Tanner and Avery’s peers to comprehend. People wanted to hear that Taylor was okay, and he wasn’t. How do you express what brain injury does? How do you reveal the deficits that come, while trying to accept them yourself? When people say, “I heard your brother woke up!” Do you respond by telling them what his emerging looks like? Or more importantly, feels like?

One day your big brother is someone you know, and the next he seems a stranger. And perhaps the most challenging unkindness of all…much of his personhood has been removed. Physical functions. Cognition. Mental awareness. Societal cues. Connection. Your big brother drifts away, and a new person is born—someone you are called upon to care for.

While many were celebrating Taylor’s recovery, we were in a state of confusion. One minute we were elated to see him walking with assistance, the next disheartened at the lack of familiarity between us.

Over time, it became harder for me to understand what Tanner and Avery were feeling. I was baffled by their grief. Why weren’t they crying? Why couldn’t they express more empathy? Why did they seem angry? I think they were wondering when and if my tears would ever stop, and if I would be able to accept reality? Taylor’s psychologist offered this advice, “Don’t judge each other’s process.”

In speaking with others whose sibling has suffered a TBI, I’ve learned about my own sons. Siblings bear a tremendous burden. They can be haunted with questions they don’t want to ask and conversations no one wants to have.

Siblings often deal with PTSD from the actual event, the ache of witnessing their parents suffering, and the struggle of wanting to be the voice for their sibling. Sibling loyalty runs deep, and I know my sons consider what Taylor would want in his recovery.

I am profoundly aware within all of the emotions is a longing to erase the single most horrific event in our family unit. Everyone wants to fix the thing that no one can change. There is an underlying ache for Taylor to return to us in a way that isn’t likely to happen. Tanner and Avery now play the role of the big brother offering protection, safety, and security to their older brother.

It is extremely important for siblings to be acknowledged, seen, and recognized in this process. One of the most powerful things that took place in Taylor’s rehab was the inclusion of his brothers. As a community of those supporting families and survivors of brain injury, we must make sure our care for siblings continues. Siblings of survivors need ongoing support and reassurance. Today I offer this. I see you, brothers and sisters of survivors; I wish you peace, hope, and healing on your journey. You matter so very much.

Our stories are very similar. My oldest son suffered a severe TBI at 25 in 2007. He was the alpha of our three. He and his younger brother are sixteen months apart, his sister five years younger. Eleven years later, we are better prepared, but no less broken.