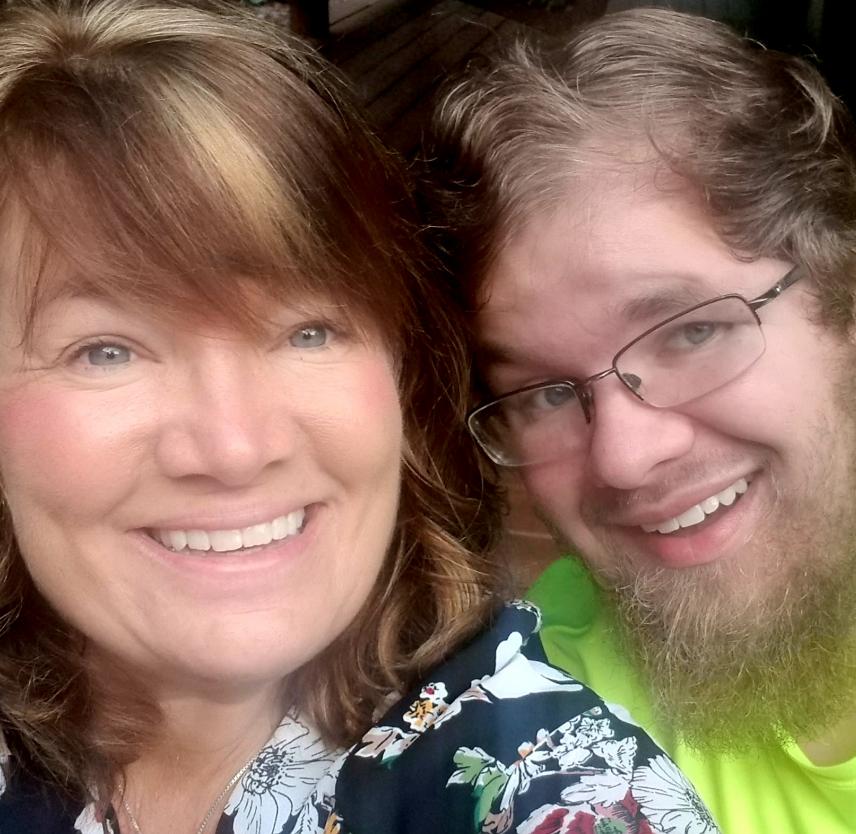 The third Monday in July, Taylor and I were riding home from an area we typically go, and, as he often does, Taylor fell asleep. I decided to take the longer route home, giving my mind a few moments to reflect. Earlier in the day we passed a pickup truck that looked a lot like the one Taylor recently sold, and I found myself confronting a wall of grief.

Taylor’s pickup truck represented much more than a Dodge Ram 1500. It represented Taylor’s work ethic, his expression of masculinity, his love for country music, and a space of fun memories and experiences. Perhaps most glaringly, it represented something Taylor feels he has lost — his freedom. Taylor LOVED his truck. A few months ago, he made one of the bravest decisions to date. He decided to sell it.

The decision came after another night of seizures — the total event spanning hours, which left us all exhausted and feeling a little more broken than before. Another take would be that it left us more aware.

Within a few days of the seizures, Taylor ripped off the Band-Aid, and we helped him list his truck for sale. It felt important that Taylor do most of the work for the listing. As much as I felt the need to sell the vehicle he hasn’t been able to drive for eight years, we needed to respect his timeline. I am grateful we did.

The day of the sale arrived, and it truly could not have gone any better. A woman who lives about an hour away fell in love with the truck. I spoke to her briefly, but Taylor did 99% of the work. The evening of the sale, Taylor went to bed early, and his dad completed the transaction. I hid in the bedroom. Taylor never met the buyer. But I knew he would approve.

Never in my life did I think I would cry over a truck. But I did. My mind flashed back to helping Taylor purchase his first royal blue Dodge Dakota. I remembered how proud he was. The next memory was when a friend loaned him a much larger truck for prom. I then reflected on ordinary days of Taylor waxing, washing, and tending to his newest vehicle. His trucks were something he felt proud of.

I also thought about how this object was one of the first things he was concerned about as he began to communicate, after being in a coma. The truck was such a concern that it had to be parked somewhere else when we brought him home following months of hospitals and rehabilitation.

I laughed recalling the time he took the keys, while a friend who was with him was in the bathroom. She heard the roar of the very loud engine. Taylor backed it up the driveway and then rolled back down. My friend has never completed her bathroom business so quickly! We learned that the keys were a great temptation, and we were grateful that Taylor didn’t go further.

I also remembered his giving me the keys to drive. We would laugh at my needing a stepstool to climb to the cab. A dear friend of Taylor’s gave us his running boards, allowing me an easier route to the driver’s seat. As I drove, Taylor would cue me on how to handle the grey beast. At first it hurt my heart to drive his truck, but in time it healed it. We had fun together.

I wonder why I hold such a deep association to Taylor and his truck. But things we love become part of us, and there are memories entwined in objects.

As Taylor continued to sleep, my thoughts became heavier, and so did my grief. I am able to let go of the idea that Taylor may never drive again. Yet I cannot believe it has been eight years! What I struggle with letting go of the most are the things that feel so much bigger to me.

Taylor may never experience finding and knowing the love of his life. That thought guts me, and yet I feel as if I should not share it. This is one of my greatest pains for him.

Taylor will probably not have children. And he wanted them. This is at least a truth for now. And it is difficult to accept.

Taylor may be dependent on his father and I until we die. I think about how unprepared I feel for that, and it frightens me. Deeply. As my fingers touch the keyboard, and I read these words … my breath leaves my body and my heart speeds up.

One of the greatest tragedies of Taylor’s accident is the fact that I do not see enough tools in place, particularly in rural areas, to help families deal with all of their emotions. There is an expectation to keep going, despite the demands and challenges. But to what end?

Over the last eight years I have learned the challenges that we face as a family living with brain injury are hard for others to comprehend. We wake up with Taylor in our home. There are days (which have lessened over the years), where Taylor expresses wanting his “old life back.” And I feel selfish as I long for the same thing. So much is happening behind the scenes. Lots of victories and endless defeats.

The night I heard Taylor’s truck pull out of the driveway for the last time, I felt a hole in my heart open up. Oddly, I found myself wanting to chase it … as if Taylor were being taken away, too. It was as if the final thing we were holding onto was gone.

I’m very sad about my son’s TBI. He is, too. Today I’d like to simply give space for the sadness we feel, and if you relate, I’d like to give space for your sadness, too. I’m so sorry for the losses that come up again and again. Your pain is valid.

That had to be difficult, Nicole -- but such a great thing that Taylor was the one to make the decision. You've touched on something here that I haven't read much about in all the many things to be aware of as a supporter/caregiver for TBI survivors. Similar to your story, I've found it is incredibly important in ensuring that my wife maintains a sense of agency for herself and has real decision-making authority. Since the accident, I've found most people dismiss her input or decisions and turn immediately to me. While understandable that people unfamiliar with the great and varied of nuances of TBI challenges, it still ticks me off when it happens. Fortunately, there are some family and friends that still treat her as a peer rather than a patient.

I completely understand what you mean with memories and sadness for things in the past and for a changed future. It's not something that's easy to explain to others, but you've conveyed it perfectly in such a beautiful (if heartbreaking) story.

Memories and sadness can be hard enough as a caregiver; I struggle to comprehend what it can be like for the survivor. Case in point... my son turned 16 the other day; one of the "milestone" ages (at least in the US). As we parents tend to do at these times, I browsed through old photos of him growing up and wondered how the time went by so fast.

As much as the trip down memory lane choked me up, it was even harder talking to my wife about it later on.

She got a bit upset as we looked through pictures and wandered through memories of him growing up. Except, she only remembers the first half of those 16 years. Imagine waking up one day and all of a sudden your little 8-year-old boy is taller than you and sporting an impressive lip ferret; having no (or very few and jumbled) memories of the intervening years, of him growing into the young man he is today.

Damn, it's hard to even type that out.

These celebratory milestone events have a new, melancholy aspect to them now. For my wife, they're reminders of what she's missed or doesn't remember.

We still look forward to them and enjoy them for what they bring, but there will always be that sense of trepidation; knowing there's an experiential gap in the timeline leading to the milestone.

I'm sure this will lessen as time goes on, new memories are created, and the memory gap becomes comparatively smaller and smaller. It's with a mixture of hope and sadness that I wait for that time to come.

Tomorrow is another day toward that future; not the future we had always envisioned and planned, but one we still have the opportunity to make into a future of new memories and happiness.

Thank you for sharing your feelings as heart - wrenching as they are, because there are many others including myself who have the same feelings. The same losses. The same broken dreams we had for our child. One day life is great and the future is bright and NORMAL then boom! Our family's life is changed forever. We feel our child's pain. They see their old friends settling down, having kids and they want the same.
My faith in God is what keeps me going, my husband, and my love for my survivor!

I can understand your pain. It’s been nine years since I sold my sons truck also. The loss of a vehicle may seem rediculous to some people , but to a family it is a part of a person that you must let go of. It is comforting To know you are not alone in things like this & that others go with you in struggles. Love & strength to all who carry these pains

Thank you for your thoughts, and compassion. Love and strength to you and your son.

I know exactly how you feel. My son suffered his TBI over 16 yrs ago. I have the same pain/sadness over the exact same losses. And the same concerns for the future. The feelings have lessoned a little over the years, but they are still there.

Thank you for sharing. I also need reminders that my feelings are valid and heard. Much love to you and your son. Especially right now.

Thank you this was so very needed

Thank you for your response. I am grateful my words reached you.