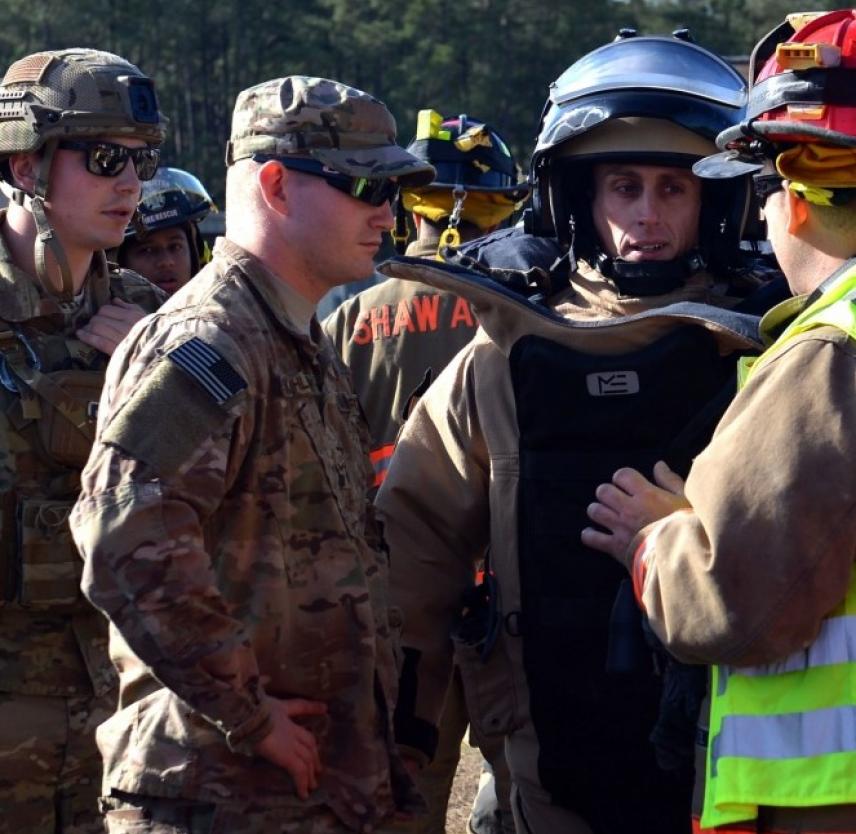 As discussed earlier in the Courage Paradox, the military is an inherently dangerous occupation. In combat, out of combat, it doesn’t matter; it is a physically and psychologically challenging lifestyle. And that’s okay, for most who choose to serve; it’s what they signed up for. Most who join the military know this from the beginning, and if they don’t they figure it out real quick. In the military, risk and danger are part of the obstacles to overcome; many veterans, however, see the world as an unsafe place that they need to protect against once they leave the military.

This is the Safety Paradox:

Veterans do not fear danger or death, but feel the world is an unsafe place that they need to protect themselves against

Recognizing the paradoxical behavior after leaving the military is the first step in changing the behavior if the veteran so chooses.

Veterans Do Not Fear Danger or Death…

This is something that anyone who served in the military knows, but perhaps those who haven’t served don’t understand. I have probably lost close to twenty people I served with since I joined the military in the early ’90s. Civilian and military vehicle accidents, combat, suicide. When I was in Germany, we lost a strong and valued leader to a particularly rapid and aggressive form of cancer. Losing those we served with is never easy, but it is something that we come to terms with. Someone we trusted, someone we cared about, is no longer with us. We don’t celebrate that fact…in fact, we memorialize them in significant ways…but we do recognize it as a fact. Death is something that we come to terms with easily.

I’ve had the opportunity to hear psychologist Irvin Yalom speak several times. In one of his discussions, Dr. Yalom mentioned that therapy clients vigorously avoid the topic of death and dying in therapy. With all due respect to Dr. Yalom, that’s not accurate when it comes to my veteran clients…death is often the first and most frequent topic of discussion. Veterans understand death…they’ve seen it, many have made it happen to others in combat. It’s not something that strikes fear in the heart of most. Service members and veterans, and even their family members to a certain extent, recognize the inevitability of death and do not dread it the way that others do who have not been exposed to death.

…but The World is an Unsafe Place

While service members and veterans may not fear death, they live in a world where it is all too common. The sense of danger that exists while in the military extends to non-military situations. One of the primary and most well-known manifestations of Posttraumatic Stress Disorder is hypervigilance: a sense of heightened alertness to the dangers in one’s surroundings. Neurologically, this makes sense; neurons that fire together wire together, and when someone’s danger sense is increasingly activated while in the military, it is difficult to turn this off.

This reaction to the potential danger around us, which may result in the ultimate outcome of death, is something that veterans react to more than the outcome itself. The image of the combat veteran sitting facing the door is so widely recognized as to be a cliche. The veteran scanning the rooftops when they go downtown, or being uncomfortable in crowds…these are all anxiety-based reactions that are caused by an acute awareness of the dangers around us. And they’re not cliche…they’re real.

Many years ago, I recognized this in myself. I was walking across the street from a parking garage when I realized that I had been scanning rooftops. The thing that made me realize what I was doing was that there was actually someone on a balcony of an adjacent building, twenty floors up…I found myself walking sideways in the street in order to keep an eye on them. Old habits die hard, certainly, but my brain was signaling danger where no danger existed.

Resolving the safety paradox can be challenging. Setting aside the awareness that was developed in the military that the world is actually a much more dangerous place than people realize, the fact is that there are dangers in the world. The world is not as safe as it once was, but it is not so unsafe as to need to be constantly prepared for the inevitable worst thing that could happen. We’re not afraid of death, but we sure do seem to fear that which can bring about death. This causes a recursive loop in our minds and keeps our brains on the lookout for danger.

It does not help that our worlds are more connected now than ever before. We know the danger that exists half a continent away because it is present in our minds, even if it is not present in our immediate surroundings. That reinforces the thought that the world is an unsafe place, and we must guard against it. Thinking that the world is unsafe is not a pleasant feeling, so veterans often turn to things that will make them feel safer in an unsafe world; emotional support animals, carrying firearms where it is allowed to do so, even using alcohol or other substances to help reduce those feelings. And while these are not bad in and of themselves…I love my dogs, recognize the right to bear arms, and am not opposed to alcohol or other substances when they are not illegal to use…but I am not a fan of using something external to do that which we can do for ourselves.

A little over two years ago, after several months of being so physically sick I was literally staring death in the face (again)- this all from reacting to my work and those I serve as an advocate (DV, SA, CSE)- my therapist who I'd been seeing for a few months said to me "The war is over. For you." It was the first time I listened to those words after knowing they'd been said to me before. Once a Marine, always a Marine. That doesn't mean I have to be at war with the world, it doesn't mean I have to be in combat for myself or for those who are unable to fight for themselves. My therapist said similar things to what you said just not the same way. I'm also seeing a peer counselor for the issues I've had with anger at work and that not leading me to communicate effectively, further resulting in others being afraid of me or feeling harmed or threatened by me. Your words ring clarion for me. Thank you.