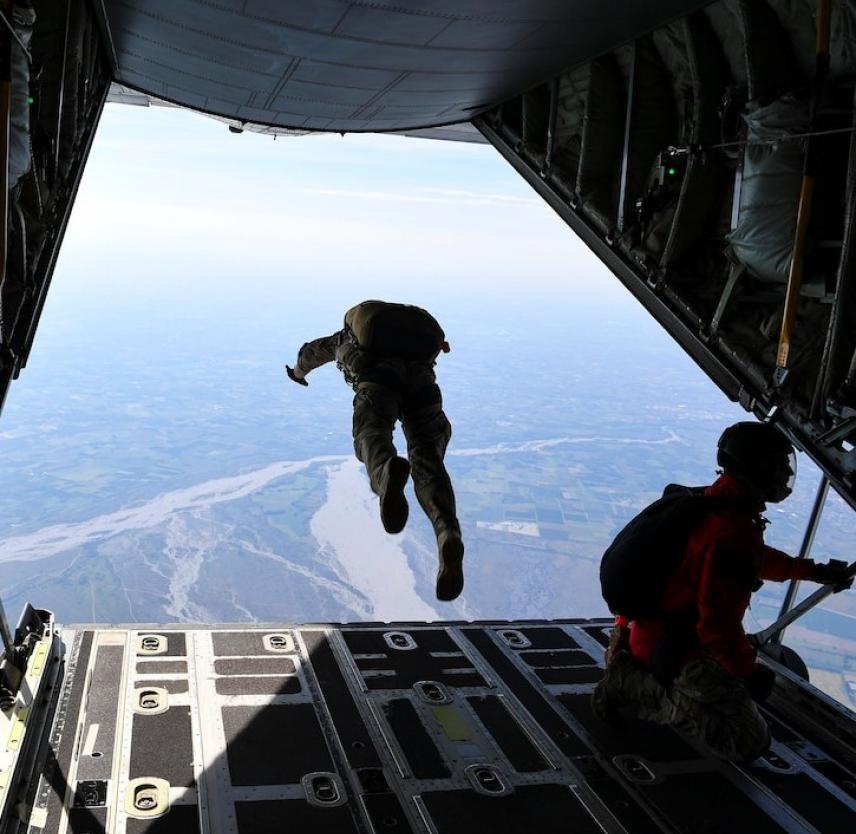 All of the branches of the service have core values that service members are expected to aspire to and adhere to. The Army’s core values are represented by the mnemonic, LDRSHIP: Loyalty, Duty, Respect, Selfless Service, Honor, Integrity, and Personal Courage. A common question to service members is: “What do you believe is the most important Army Value and why?”

For many years, for me, it was the value of integrity. I believe that, without integrity, none of the other values are possible. It is the foundation upon which all of the other values are built. After 9/11, however, I modified my thinking and realized that Personal Courage is the most important. It took courage to run up the stairs of the World Trade Center while others were moving to safety. It takes courage to keep your head about you while others are losing theirs. If integrity is the foundation of all of the Army Values, then personal courage is the unflinching application of these values, regardless of what a service member faces.

In post-military life, however, many veterans experience the Courage Paradox:

Understanding and resolving this paradox is key to satisfaction in post-military life.

Veterans are Strong and Courageous…

Courage is an admired and sought-after tribute. The Cowardly Lion in the Wizard of Oz was a pitiful figure without it; he was a hero of the story when he found it. We honor those in our society that display courage, and it is a key cornerstone of military service. Courage is not the absence of fear, as some think; instead, it is the act of continuing in the face of adversity in spite of the presence of fear. Any hero in any story we tell has a measure of courage.

For service members, it is not only a value to aspire to, the presence of courage is a point of pride. Physical courage, of course, is the act of overcoming the fear to accomplish a task: jump out of an airplane, rappel down a tower, breach a door or assault an objective. It is overcoming the risk of self-harm or harm to those whom you serve with. Just as importantly, however, is moral courage. Standing up for what is right, confronting something when it’s easier to let it slide; the moral courage of doing the right thing in spite of obstacles is a key aspect of military service.

…But Are Afraid of Being Seen as Weak or Damaged

Because acts of valor and courage are so highly valued, service members and veterans are paradoxically afraid of anything that may seem to indicate that they are not courageous. Ironically, one of the things that many fear is the possible perception by others of the presence of fear. When in the military, we are so prepared to take action, to accomplish the mission…but in post-military life, when action matters equally as much, a veteran avoids taking that action. Even though we have proven, to ourselves and others, that we are courageous, we are always afraid of being seen as weak.

This is especially true when it comes to help-seeking. A veteran is more than ready to jump out of an airplane, move to the other side of the world without a moment’s hesitation, or stand up for the rights of others…but is stopped dead in their tracks at the thought of talking to a mental health professional. Balks at the idea of taking medication to help regulate their emotion. A veteran thinks, “I’ve done all of these other things myself, I should be able to do this on my own, too.” It’s not always the case, and the inability to overcome the fear of being seen as weak or helpless is in direct opposition to the courage that the veteran has displayed elsewhere in their life.

The thing about courage is that a) we’re not certain whether or not we have it until we need it, and b) it is often through the examples of others that we realize that it’s possible for ourselves. I jumped out of an airplane 34 too many times in my military career; growing up, I had a crippling fear of heights. I was well known in my large family for it; through their well-meaning but ill-conceived way, many of my family members attempted to “help” me by forcing me to confront my fear regardless of how I felt.

When I joined the military, however, I chose to put myself in a situation…volunteering for Airborne School…in which my courage was tested. And others had done it before me…there is a long line of Paratroopers before me that did it, and so could I. But I didn’t know that I could do it until I did, and I didn’t do it until I was put in a position to do it. Even then, I didn’t do it on my own.

Going back to the belief of “I should be able to do this on my own,” this is a limiting and fear-inducing belief that gets in the way of wellness. Learning coping techniques and regulating brain chemistry isn’t like forcing ourselves to overcome fear. Unless we are aware of the need or have examples of others, we don’t know that it’s either necessary or possible…and so we avoid taking the risk and remain stuck in dysfunction.

Patton said, “Courage is fear holding on a minute longer.” That’s not just true for advancing in the face of enemy fire…that’s also true when reaching out for help. The reward for the first is valor and glory; the reward for the second is a life well-lived.