Life After Brain Injury: I Have a Secret 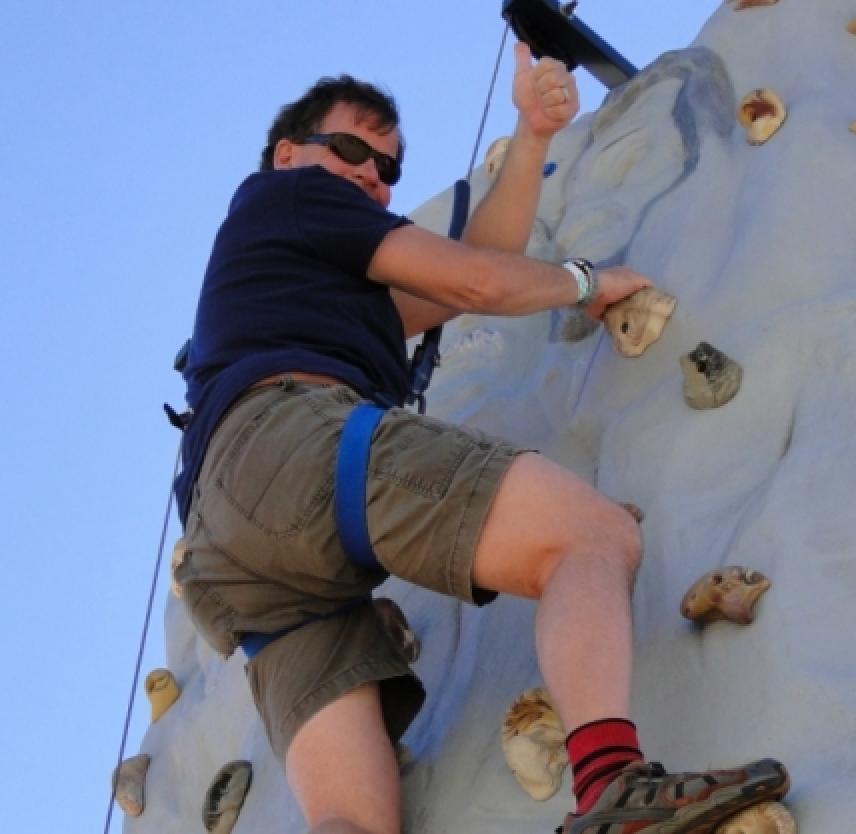 I have a secret: not all is as it appears.

Most anyone living with a traumatic brain injury already knows this. All someone has to do is tell you that you “look normal.” At this point, you will either want to bop that person on the head, or you’ll simply shake your own and think that he just doesn't get it.

But I get it. I get it because I live in the new “frontier land” that is life with a brain injury.

Since I still cycle 25 miles a day, even after my brain injury, I know most all of the neighborhood regulars by sight. I have given most of them odd-ball nicknames like “Dog Walking Lady” and “The Power Walking Couple.” About a year after my brain injury, I noticed a new walker walking in my neighborhood. He appeared with a cane. And with his wife, ever present by his side. They were a new addition to our landscape of regulars. And the more my wife, Sarah, and I saw this man walking, the more we noticed that the man's pace was increasing and his was stability improving. “I bet he had a brain injury,” Sarah prophesied.

One day, I found myself stopped at a corner on my bike as the man and his wife walked by. “You are doing so well. It’s GREAT to see the progress you've made,” I said, marveling once again at the freedom that can come with the disinhibition of brain injury.

My words brought huge smiles to the man and his wife. Introductions were shared, though his name, like so many others, is forever lost to me. From there, the conversation flowed like water.

It turns out my wife was right. He had fallen the year after my TBI and joined our exclusive brain injury club — the club no one wants to join. Brain injury is indeed the last thing you ever think about until it’s the only thing you think about.

“The doctors said I would never get any better, but I decided not to listen to them,” he chuckled. I listened intently to his story then I dropped my own verbal bomb. “My brain injury was a year before yours and like you, my own doctor said I was permanently disabled and not to expect much. As you can see, I didn't listen either!”

We shared a hale and hearty laugh and went on our respective ways.

And there was my secret again: not all is as it appears.

That man fumbling with his wallet in front of you at the checkout counter no longer causes impatience. He might be someone affected by traumatic brain injury

That driver cruising along at 10 mph under the posted speed limit no longer makes you tap my foot. She might be one of the 3.5 million people affected by brain injury this year.

The person at the supermarket with his cart parked dead center in the aisle as he stares at all the soups … well, you know where I am going with this. We are everywhere.

My brain injury continues to teach me a level of patience, understanding, and compassion I never had before my accident.

My hope is that with more awareness about brain injury, people will remember that we are here — alive, everywhere, moving forward step by step, moment by moment, effort by effort — no matter how “normal” we look.

This honestly explains so much and opens the world. I wish those living without a tbi could understand what our lives are like. How easy it is for us to forget and how difficult it is for us to keep concentration. We aren’t dumb and we aren’t different. My tbi took place April of 2012 months before my 18th birthday at the hands of a drunk driver. I’ve made progress but I still have my cloudy days. I’m thankful just to still be able to wake up everyday.

My own TBI was 5 years ago. I know I have deficits, everyone else thinks I am fine. My "problems" are in the frontal lobe and my balance is still so bad that I can't ride a bike, but, there are so many, many more things I can do that I shouldn't have been able to do. My surgeon did not think I would live. My family was told that my injury was too great. Thank God the my life was not just in the Neurosurgeon's hands, but also in the hands of my Maker. It has been a long strange journey, I applaud you for your article. I pray that it will make everyone think twice when they see US in the public.
Well said, David! Yes, all is not as it seems - I could say that several times a day, because I look and sound so good. Sometimes, I just need to go to my cocoon or home to get away from the stimulation of the world, so I can relax and center myself. Nice work getting the word out that "not is all as it seems" with a TBIer!

I truly believe that when medical procedures have been exhausted before our time is up miracles will happen, fueled by pure essence.  While deficits will appear we are able to see they are just an illusion.

Making peace with what is no more and finding love for what is will open your world to serenity.

Great article David, thanks for the perspective.