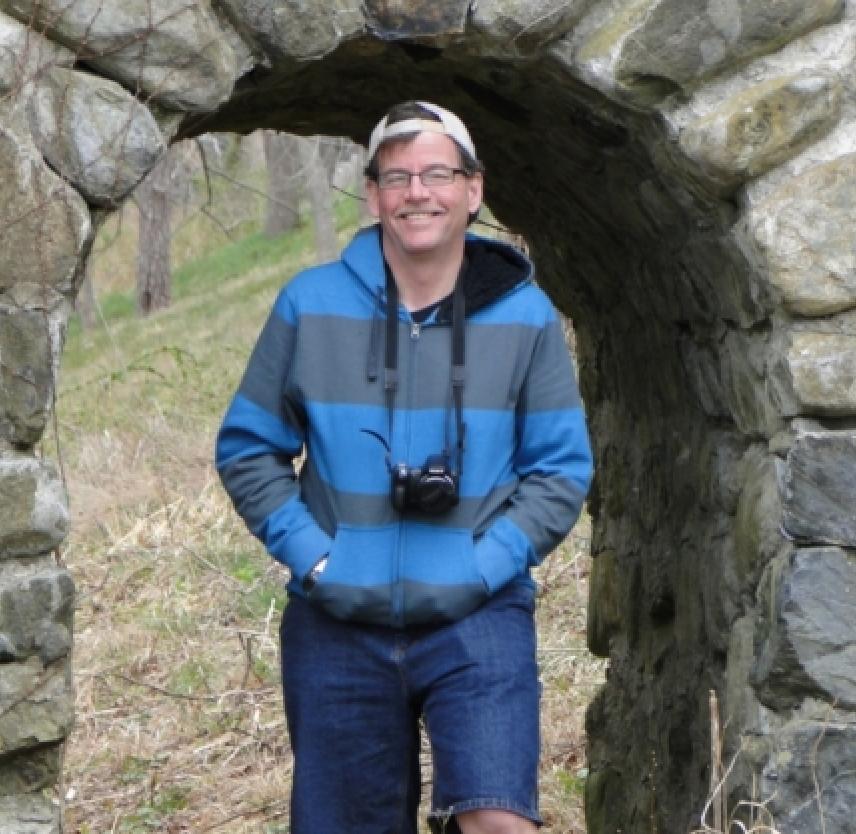 They looked at me like they had just seen a ghost.

And in one respect, they had.

Just prior to the three-year anniversary of my traumatic brain injury, I stopped by my local service station to get my yearly vehicle inspection sticker. Doing not much more than killing time as my car was being inspected, my eyes drifted to the intersection directly in front of me. Cars passed back and forth, an occasional truck rumbled by, and off to the side, the mechanics in the garage working on my car made occasional clinks and clangs with their tools.

And in two ticks of a clock reality struck me.

I was staring at the very intersection where I was struck by a teenage driver just shy of three years prior.

For a moment in time that seemed to stretch for longer than it should have, I wondered how I had found myself at that exact spot without the fact of it having occurred to me before. Perhaps it was a sign that I was healing, ever-so-slowly.

A couple of minutes later, as I was paying at the counter for the new inspection sticker, I asked the attendant a couple of simple questions.

“Have you been working here for a while?”

The gentleman, a retired school teacher, shared that this was his ‘retirement job’ and had been for six years.

And I had to ask. “Do you remember a cycling accident right out front a few years ago?” And I waited. My heart was pounding in my chest.

His eyes had that far away look as he mentally walked back through time. “I’ll never forget it. It was horrible. The guy on the bike was hit right there,” he shared, pointing to the corner. “And he flew head over teakettle all the way to there,” this time pointing to a spot 40-50 feet down the road.

He went on to tell his version of the day that fate intervened in my life, about how the local fire department closed Main Street, about all the first responders who walked from the fire station a mere block away to attend to my broken body.

And I dropped the bomb.

He looked at me like I was a dead man walking.

“It was a horrible accident,” he said again as he sized me up with new eyes. As expected, he then asked me how I was doing these days.

Rather than using this as a TBI teaching moment, I opted for the easier, softer path. “I've still got stuff, but I’m alive.”

As I was leaving, he called over to the station owner. “Remember that bike accident a few years back? He was ‘that guy’ who was hit.”

“Such a horrible accident,” echoed the owner, staring at me like I was supposed to be dead.

I smiled, cordially thanked them both for taking care of my car, and walked, legs shaking, back to my car.

Thankfully, the PTSD is getting easier, the nightmares less frequent. I was unexpectedly grateful to simply be alive. To have a heartbeat. To still be able to hold my wife, Sarah’s hand. Just “to be.”

Seeing the crash that caused my traumatic brain injury through the eyes of others was quite surrealistic. But then again, so much of my life today as someone who survived a brain injury borders on the surreal.

And if your life has been touched by traumatic brain injury, you are no doubt nodding.

I am Bashayer Hammadi, a second year graduate student-clinician enrolled in a Master's degree program in speech-language pathology at one of the universities in New York. Recently, I have had the privilege of working with twoTBI survivors at my medical externship in Long Island area. I must say that regardless of the differences between these clients, they all have reported that the TBI incident has changed them and most importantly changed their perspective of life.

I am glad that you are doing better and recovering as time passes. Reading through some of your personal stories has enlighten me into some of the struggles that people with TBI might face post their incident.

I am currently putting a powerpoint presentation about TBI and I was assigned to include reflections from TBI survivors. I have wrote three questions below to learn about your communication recovery journey. I would really appreciate it if you could reply to answer these question; however, I totally understand if you can't!

1. What kind of communication (e.g., speech-language-cognitive) difficulties did you face post your accident?

3. What advice would you give to SLPs to consider when providing evaluation and therapy services to TBI survivors?

Thank you for sharing your personal stories

This is amazing. My daughter suffered a TBI 3 1/2 years ago from falling off a horse after school April 13,2010, People often ask me what happened to her and they say oh wow I often wondered what happened to her. She is still here breathing and doing well for the most part. She is not speaking yet but I believe she will someday. God Bless you and your family.
I too have seen people give my son Jon (3 yrs. post TBI) " that look". His story is so similar to yours but then again no two are alike. They say there is no greater love than a mother for her child and he like you is walking and talking proof, sometimes too much talking, that he is here for a reason. My heart swells with love and pride for my son and still deal with the pain of looks from others when his filter takes a vacation. He is bright, witty and loving. He did not deserve the hand he has been dealt. Others, even close friends and family, just can not fathom the everyday struggles. Thank for helping to bring awareness to the amazing insight TBI can bring. Much love to you in your journey!
My accident was 12 years ago, motorcyclists vs car. I lost. I'm fully(?) functioning now but with side effects. I still have people tell me how bad it was, I'm lucky to be alive, etc. I guess I'm lucky....

Me too 6 years ago a near-fatal motorcycle accident with TBI I was told I would never walk on my own I stayed on my own two feet sometimes with a wood staff now nothing donated my wheelchair and Walker to a veteran at the VA hospital.

I, too, sustained a TBI in a cycling crash just over three years ago. While I have no memory of my crash nor my 10 days in the hospital apparently I swerved to avoid a cat who ran in the road while I was descending a hill. And as the ER doctor was handing my helmet to my friends who came to see me he said "this saved her life." I'm glad I didn't hit the cat and would do it all over again because every life is precious. The first time I rode past the spot where it happened I experienced a rather intense PTSD reaction shortly afterwards even though my conscious mind didn't recall the crash because the memory was there on a very deep level. While I\'ve changed and have lingering issues (PTSD, depression, etc.) I'm trying to embrace the changes and not let the brain damage I sustained define me. It's difficult at times, but I try to have faith. Thank you for sharing your story that many of us can relate to.
David, keep healing! Thank you for sharing your story. I am 2.5 years post-TBI. Stay strong, brother.
Yep, surreal is a good word. Nodding my head! StrokeOfGrace.blogspot
I suffered a TBI in 2005. I don't remember any of it but hear about the story though other peoples eyes who witnessed the accident. It's surreal because it happened to me, but I don't remember any of it. I clearly remember the years of recovery afterwards that will never end. I'm happy to have a normal job, cook dinner at night, have a drink with friends, etc. Everything I'm able to do is special and something I shouldn't be alive to talk about. Some say I'm a walking miracle. I'll take it. God bless you and your journey!
Great story, David! What a heartpounding moment. You are amazing.
God bless you and yours! God has a purpose for you!
I read this earlier today and have been thinking about it on and off all day. Disputing with myself if I should throw something in. Sitting here playing cards, listening to saddest songs on comp. TV on in background. Song ends hear TV it is "weird or what" show and I hear things about life after death. since my last TBI the coincidences have been swamping me. I have had a very good life. Have been surrounded by love, hate, anger, happiness. Scored winning goals, caused loosing goals. Many injuries stitches, broken bones, sprains, tares. Have had encounters with the last straw too many times. This last TBI was the worst injury for pain, recovery and my thought processing. I have been extremely lucky with the treatment I have received and was expected not to make it, not the first time. When I met the Surgeon. a few months after, he was smiling, bouncing around, shaking my hand and I wondered if he may be on a prescription or was it me causing this. On the other side I saw someone I didn't know and got a dirty look and the sense of what are you doing here again!!! When I came back I didn't know anyone, including myself. Gradually everyone and thing came back. People have looked at me in all kinds of ways, I just think it is the location, day, weather, timing, unless they know me. I have gotten lots of strange looks, coincidence I have thought.
People are amazed when they see you up and walking and talking after they've witnessed your 'event.' The folks at the ICU and long-term care hospital where my husband went after his fall and brain injury have been thrilled to death to see him since then. He went in just the other day and he always gets hugs and smiles. It's nice for them to know that miracles do happen - and he was indeed a miracle. Sounds like you were, too. Best wishes!
where are you located?

My son has also had this same experience. His fall was almost 3 years ago and he met someone on campus who remembered the incident and told my son "I thought you died."  My son just recently graduated with honors from college and is now working and living on his own.

Blessings to you on your journey of recovery.

As a survivor of four Brain Injuries, the first three Combat related, and the last and worst I went head to head with the deer that jumped in front of my Road King a year ago. God sent an Angle to ride my bike to the nearest house, park it and lay me down beside it to get the help I needed. I was comatose....the deer was dead. God bless you all for sharing. it's a lifelong thing that we have to live with. protect your noggin and live life fully.