Secondary PTSD (or Secondary Traumatic Stress) Should Not Be Underestimated 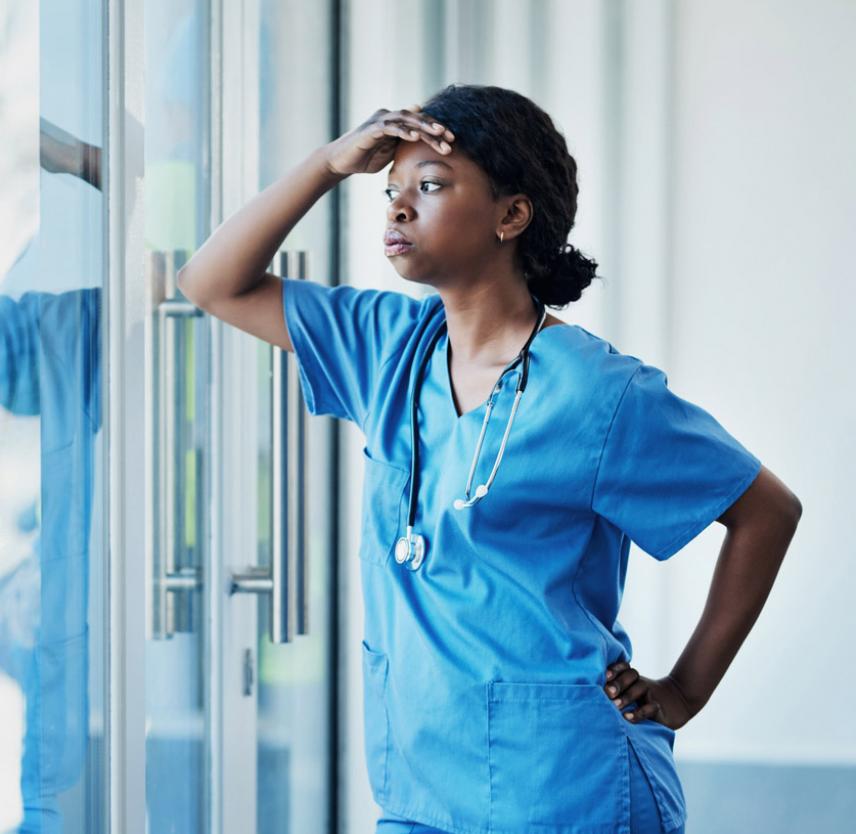 Related Content:
What is Caregiver Burnout or Compassion Fatigue?
Compassion Fatigue in Caregivers
What Makes Complex PTSD Different from “Typical” PTSD and How to Begin the Healing Process
What Is Neurofatigue and How Does It Relate to Brain Injury and PTSD?
Alexander Balbir, PhD: WWP Offers New Initiatives for Caregivers, Added During the COVID-19 Pandemic

Trauma can be a strange and often insidious beast. We can be traumatized by directly being impacted by an event like a violent physical attack, a rape, a natural disaster, or an experience in combat, but we can also be traumatized indirectly by caring for, hearing about, or witnessing the intense suffering of others. Both the direct and indirect impact of traumatic events can lead to post-traumatic stress disorder (PTSD).

To better understand how secondary traumatic stress (STS) can develop, consider a teacher in a classroom down the hall from the one at Robb Elementary School in Uvalde, Texas where two teachers and 19 students were killed by a gunman in yet another school shooting. Think about the doctors and nurses who had to make life-and-death decisions during the COVID-19 pandemic or after a disaster like Hurricane Katrina. Think about seeing — over and over — the footage from 9/11 or the murder of George Floyd by a White police officer.

What is secondary PTSD or secondary traumatic syndrome?

Secondary traumatic syndrome was a concept developed by trauma specialists Beth Stamm, Charles Figley, and others in the early 1990s to better understand and explain why service providers exhibited symptoms of PTSD without having experienced trauma first-hand.

Compassion fatigue is another term that is often used interchangeably with secondary PTSD or secondary traumatic syndrome, but more specifically, it has been described as the convergence of secondary traumatic stress and cumulative burnout — a state of physical and mental exhaustion caused by a depleted ability to cope with one’s everyday environment.

Who is most susceptible to secondary traumatic syndrome?

Secondary trauma — developed from indirect exposure to one or cumulative traumas — is especially common among various professionals who work with people who have experienced trauma, including physicians, psychotherapists, human service workers, and first responders. The exposure may come through loved ones, the people they serve, or media images and stories. For example:

Some people are more predisposed than others to secondary trauma. Risk factors can include:

How does secondary traumatic syndrome present?

Like PTSD, secondary PTSD can be challenging to recognize and manage without help. Symptoms of STS can include:

“Thanks to Twitter, Snapchat, and 24-hour news channels, it’s possible for youth and their parents who are far-removed from an incident to feel like they’re experiencing the trauma first-hand.”
—Dr. Megan Ranney and Dr. Rinad Beidas, “Generation Parkland”

Few of us can escape the 24/7 news loops on television, radio, and social media, which can make it difficult to protect ourselves from being indirectly impacted by traumas happening both near and far.

“The formal diagnosis of PTSD does not always acknowledge the significant impact of media whether that is through videos, photographs, or recordings. Take the George Floyd murder for example; it would be hard to believe that anyone, especially people of color, who saw that video even one time would not be traumatized at some level,” says Tamar Rodney, PhD, assistant professor, Johns Hopkins School of Nursing. “We all watched that video in disbelief … we had a sense that it was happening somewhere else — not here, not directly to us — but it was also happening in our living rooms or offices. It is difficult to know how to process seeing something like that and knowing that it happened, even if not to us directly. Secondary PTSD can emerge from that kind of indirect trauma — and should not be underestimated.”

And race-based trauma brings with it a whole other layer of secondary PTSD.

“Research suggests that for people of color, frequent exposure to the shootings of black people can have long-term mental health effects. According to Monnica Williams, clinical psychologist and director of the Center for Mental Health Disparities at the University of Louisville, graphic videos (which she calls vicarious trauma) combined with lived experiences of racism, can create severe psychological problems reminiscent of post-traumatic stress syndrome,” writes Kenya Downs in a PBS NewsHour piece. “‘There’s a heightened sense of fear and anxiety when you feel like you can’t trust the people who’ve been put in charge to keep you safe. Instead, you see them killing people who look like you,’” says Ms. Williams. “‘Combined with the everyday instances of racism, like microaggressions and discrimination, that contributes to a sense of alienation and isolation. It’s race-based trauma.’”

“The severity of racism we all face in our daily lives will vary depending on one’s circumstances, but research shows that regardless of your wealth, gender, or education, videos of police brutality against unarmed Black men affects Black people,” writes Miles Holder in a Teen Vogue article. “The overwhelming amount of videos, articles, and social media posts documenting such attacks means the global Black community is now facing a new mental health crisis in the form of vicarious trauma.”

What to do to manage and heal from secondary traumatic syndrome?

Often, we don’t know what to do with our emotions around trauma. Sounds, smells, and sights can trigger us to think of locked-down classrooms, airplanes flying too close to buildings, flooded hospital rooms, police boots kicking. We can relive what we have indirectly seen, heard, or experienced through others — and the memories haunt us.

Many people with STS may cope by rationalizing, compartmentalizing, or ignoring their feelings. Those strategies may work, but they are not often sustainable. That is where Cognitive Behavioral Therapy (CBT), or “talk therapy” in a safe space with a professional can make all the difference.

“Healing from and/or learning to live with secondary traumatic syndrome is informed in large part by how we respond to and process our emotions,” says Dr. Rodney. “In trauma-informed care, we, as clinicians, often deliver services with a focus on what SAMHSA refers to as the ‘four Rs.’ We start with realizing the impact of the trauma whether it is direct or indirect. Then, we recognize in what ways the event affects the individual. Someone who was on the sidelines at the 2013 Boston Marathon bombing, for example, will have experienced the trauma of that event differently from someone watching on TV from another city, though both can be significantly traumatized. Next, we respond — we treat the experience of each person from their point of view, from their particular experiences and feelings. And finally, we always resist — we watch what language we use and resist both retraumatization and non-acknowledgement. As clinicians — as humans — we listen, we validate, we help.”

In addition to CBT, other effective treatments for STS include:

Most importantly, Dr. Rodney adds, professionals as well as family and friends should never underestimate the effects that secondary traumatic syndrome can have on a person. The syndrome is very real. So, having people validate your feelings — and validating your own feelings — can be a huge step toward managing your emotions and healing.