“Each time you leave on a convoy, you think, this could be it. You don’t talk. You just hold your breath and react to what comes. You push down that constant fear of death. I think this is what PTSD is. You train for this … this ‘fear learning.’ You learn to constantly scan for danger, scan for threats and it gets hardwired into your brain. Not sure how to unlearn that. I’m still working on it.”

For a more in depth look into Angela's story please visit her feature article, A Dog and the Open Road: One Veteran's Prescription for PTSD.

For information about treatments for PTSD and brain injury, please visit The Treatment Hub.

[Angela:] I was the super soldier, like fighting in a war and then I come home and I'm like nothing. And I'm laying on my couch, and I get disability, and I go to all these appointments and that's not a life.

[Narrator:] Like so many of her fellow soldiers Angela Peacock came home a different person. Seven years in the Army, including a combat tour to Iraq, had left her with many invisible wounds.

[Angela:] I had had so many traumatic things, like, that happen, you know. Seeing injured people, um, in the streets, or having close calls, or being shot at, or worrying about my own death from an illness that I didn't know what it was. That it was then that I just kind of reached my limit and the ability to hold all of that trauma at once. And that's when I started seeking help for post-traumatic stress.

[Narrator:] Angela's treatment journey started while on active duty and went on for long after she was medically retired. Over the course of 15 years she tried more than 40 psychotherapeutic drugs and countless therapy sessions and programs. She was even voluntarily hospitalized seven times. While for many people these treatments can be life-saving, Angela kept getting worse.

[Angela:] Entering the mental health care system it was very much like, you have to go to therapy, you have to go to the doctor, you have to take your medication, you're going to be on this medication for the rest of your life. It's depressing. It was disempowering. I kind of felt like a prisoner. I was out of the military but now I'm a patient and that's my job. And my whole life revolves around this sickness that I have and there's a lot of fear in that than the other stuff did. I think that's what my draw was to Wounded Warrior Project was because there's so many different things I could try.

[Angela:] The horses were quiet. They didn't talk to you. They offered you this unconditional love. The civilians were so nice to me and the staff at the horse place. It was just like a chance to get out in nature, and walk in the pasture, and feed the horse, and brush them, and walk them around, and learn to ride a little bit. And it was it was so good for me at a time when like I was barely leaving my house, and I didn't have any friends, and I was newly back in my community, and not a lot of people were talking to me. So that was, like, I think that was the beginning. It was like a bridge to, kind of, like, get a little hope back.

[Narrator:] And a little hope goes a long way. While Angela doesn't consider herself completely healed, she's paving her own path towards peace and happiness. She has been living in an RV for the past two years, driving from the tip of Maine to the southern coast of California with her two service dogs, her beloved G.I. Joe, who passed away recently, and now Raider.

[Angela:] Just graduated, and he's all mine. You're all mine, oh, he's all mine, and here starts our journey together. You want to be my dog? What do you think? Am I okay? I think he says yes.

Now I want to live. I still have National Parks to see. I still have a service dog who's only two years old who I want to grow up and see him live a full life, you know. I have now created a life for myself, a definition of my own life that makes me want to live and stay here.

[Angela:] I wish you all could see me. This is freedom!

[Narrator:] BrainLine is powered in part by Wounded Warrior Project, to honor and empower post-9/11 injured service members, veterans, and their families. For more information about PTSD, please visit BrainLine.org. BrainLine is a service of WETA, Washington D.C.

Angelia "Angie" Peacock, MSW, former U.S. Army Sergeant, deployed to Iraq in 2003. By 2006, she was on 16 medications to combat her post-traumatic stress disorder (PTSD). Now she is a mental health advocate, a writer, and a YouTube creator who travels in her RV across the United States in an effort to improve the mental health care system and bring voice to patients who have been harmed by it. 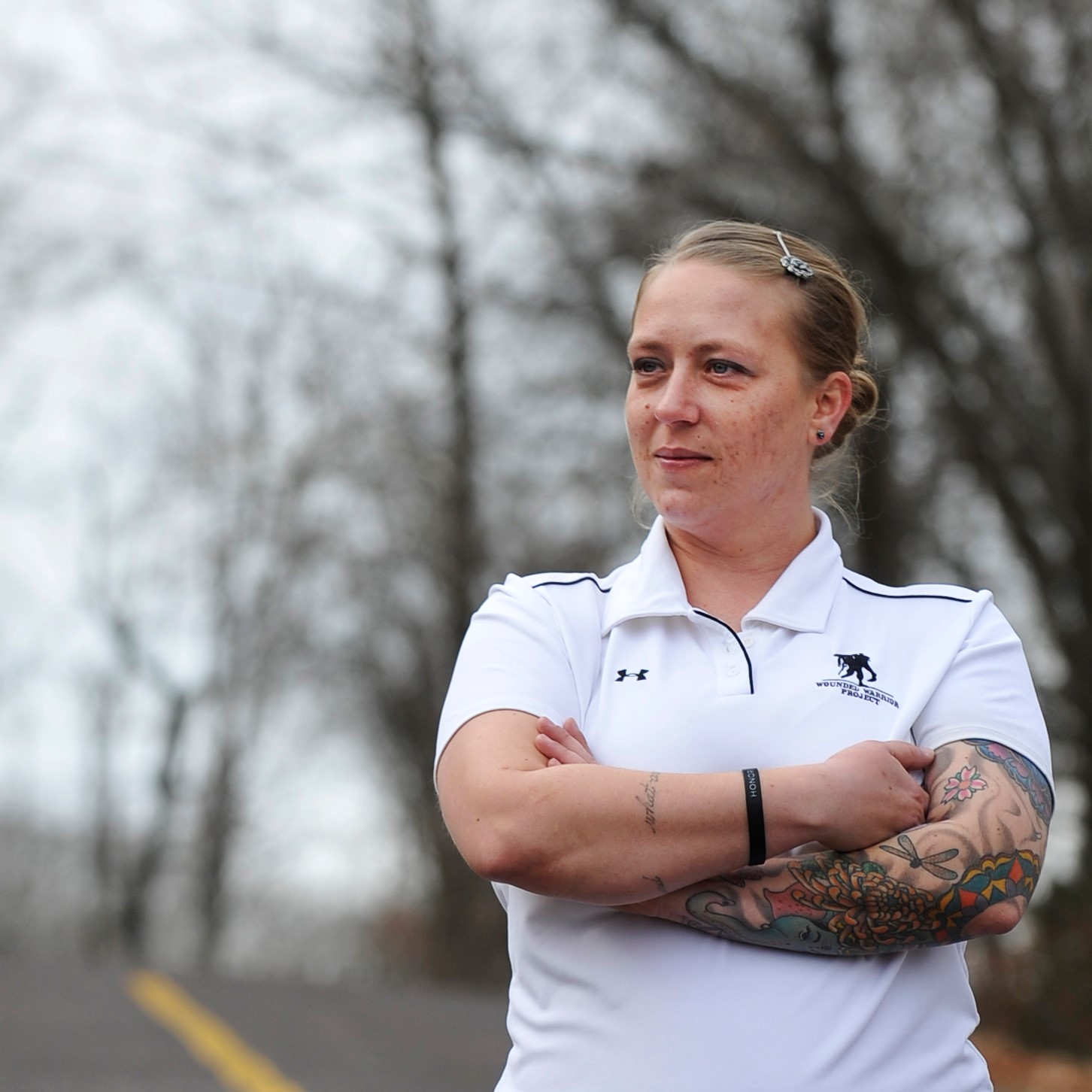