Ask the Expert - Ashton Kroner, Marine Veteran: What She Learned from Her Own TBIs

A Field Operator in the Marines, Ashton Kroner shares her own experience sustaining two traumatic brain injuries while in training. She says, at the time, her focus was on her team, her unit, and not herself. Not wanting to be perceived as weak or be sent home, she downplayed her symptoms, which may have exacerbated them in the long term.

My time in the military isn’t without trauma. So I  experienced two traumatic brain injuries. I didn’t realize at the time that it was called a TBI, I  just thought that I bumped my head and I was fine. But my first one actually was when we were doing  a Humvee roll simulation. Whenever we were in a, you know, in a vehicle and we were tied down  with all of our gear. It basically simulated what the protocol would – you know, if we were  get into a – you know, a vehicle accident. How would we safely get out of that? And I was in there with three other, three other marines, and we had our rubber rifles for safety. And somebody  had lost control of their weapon and it came and hit me in the face. I did temporarily lose like  just briefly consciousness. And I ended up, you know, getting out of that and had a massive  bruise on my face and had to go see the corpsman, which is our medic. In the military there is one  thing that you have to say is you don’t want to be injured, you don’t want to, you know, let your  brothers and your sisters down especially whenever it comes to work ups for deployment. I was so  worried about not being able to deploy that I just completely downgraded the symptoms, which I don’t recommend anybody doing. If you have a brain injury make sure that you seek medical help  and that you’re getting evaluated just for safety. So that was my first traumatic brain injury. Like I said, I had made it appear so that I was perfectly fine. And you know, I was able to  deploy to Iraq. My second brain injury actually was whenever I was in Afghanistan. I signed up  to do the MCMAP, which is the Marine Corps Mixed Martial Arts Program. And I was actually working  on my brown belt, which is the second, second highest level belt that you can get, I was really  proud of that. And my first sergeant, you know, as a joke he put me with somebody that was just  slightly taller than me, I think he was like six foot four, six foot five, or something like  that, and I’m 5’6, you know. So he was much, much taller than me. And we were doing shoulder throws  where, you know, you’re literally getting thrown across somebody’s body, and you had to properly  land, well, him being so much bigger than I was, and I think at the time I was like 119, maybe  120 pounds, so he just kind of threw me like a ragdoll, and without thinking I wasn’t able to  break properly, I guess, and I hit my head on the mat. And again was dazed. This one I had immediate  like nausea and a lot of issues with that one. And so the corpsman had checked me out, and again I’m  afraid that I was going to get sent home and so, you know, again, downgrading my symptoms, saying  that I was fine. Obviously I wasn’t because they could tell that I was nauseous and all of that.  And I was sent home for the rest of the day, told to rest and relax and everything. And I came, you know, came back to work the next day, but I had light sensitivity issues and a pretty gnarly headache that lasted probably, you know, I can’t remember exactly how long,  but it lasted for a while. Those were my two, you know, TBIs that I actually happened while I was in the military. And again, this, you know, was something that I considered embarrassing. You know, I did not want to be perceived as weak. My focus was just on my team, my unit, and  not necessarily my own, my own mental health.

BrainLine is powered in part by Wounded  Warrior Project to honor and empower post-9/11 injured service members, veterans, and their  families. For more information about PTSD, please visit BrainLine.org. BrainLine is a service of WETA, Washington, D.C.

Ashton Kroner is the Veteran Outreach Director of the Road Home Program, part of the Wounded Warrior Project's Warrior Care Network. Ashton served in the United States Marine Corps for five years as a Field Radio Operator with 8th Communications Battalion, Camp Lejeune, North Carolina. She deployed in 2009 in support of OIF receiving orders as a Lioness attached to 1st Battalion, 8th Marines in Al-Taqaddum Air Base. In 2011 she deployed to Camp Leatherneck in support of OEF with 8th Communications Battalion. 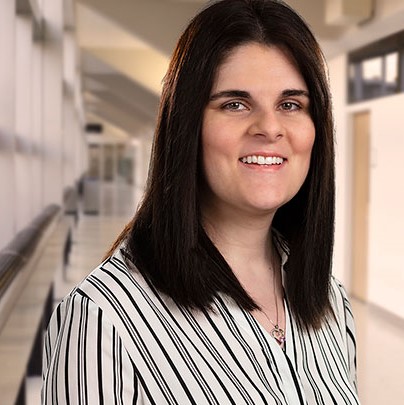