NeuroStorm of the Century, Part 3 of 3: A New Way of Life 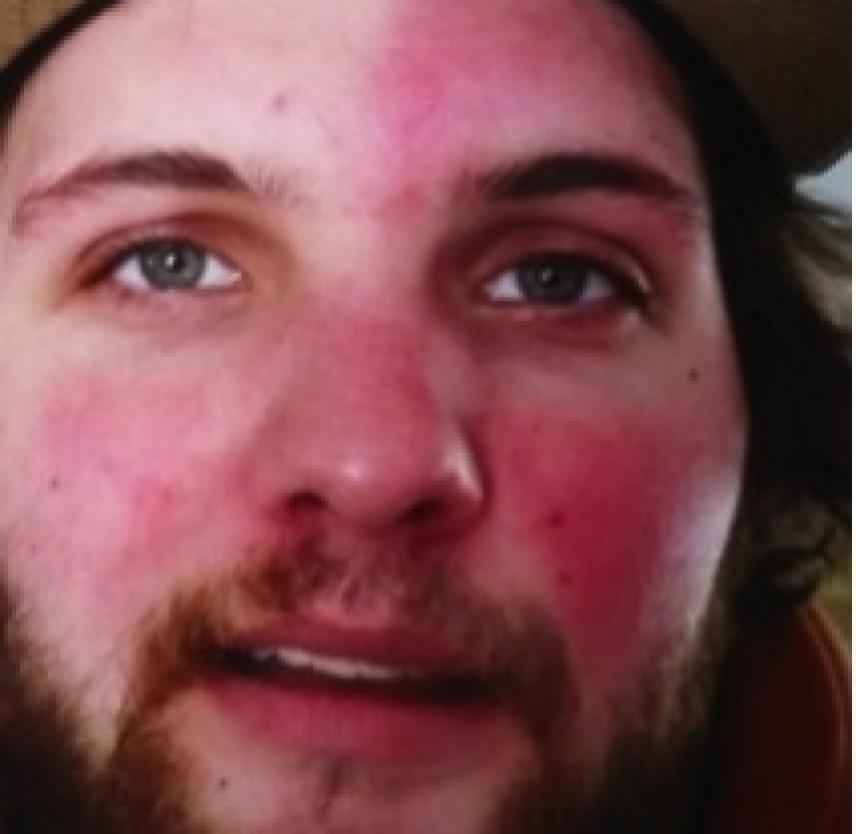 This is part three of a three-part article:

Josh was definitely speaking his mind at three months and wanted to come home. The plan up until the last week in the hospital was that Josh would be going to a long-term brain treatment facility (for 3 to 5 years), and Josh wanted nothing to do with that and protested, “I want to go home and be in my own bed.” And I (as his Mom, caregiver, and advocate) whole-heartedly agreed. I firmly believed that his best possible outcome would depend upon his happiness and emotional well-being which would directly influence all his therapies in a positive way.

I did everything in my power that last week in the hospital to make it possible for Josh to come home. I learned all the techniques needed to provide for his Activities of Daily Living (ADLs), and I was medically trained by the nursing staff for giving injections, catheterizations, showering and bathroom instructions, feeding tube instructions, and all the necessary paperwork required to have our home handicap accessible, before he was allowed to come home.

As happy as I felt about the thought of bringing Josh home, there were many people who cast doubt in my direction and warned me, “The caregivers are the first ones to get sick and run down." Their advice was helpful; as even I had noticed I had lost a considerable amount of weight from the stress of this situation, right along with Josh's weight loss as he struggled to survive. But Josh and I were both determined to make this work. I took all their comments into consideration and made a mental note to get rest and eat properly so that I was able to take care of Josh.

While we had been blessed with the endless supply of food from family and friends, I struggled with my loss of appetite. My co-workers Andrea and Tracy brought me chocolate Ensure Plus. I cannot say enough good things about the health benefits of these nutritional supplement drinks during a crisis. I could feel my body being restored with energy. Ironically, it was the same nutritional supplement that Josh was given to help him heal properly after all his injuries.

This neurostorming phenomenon was almost impossible to research because of its rarity. Neurostorms are seldom written about and even less often photographed. Surgeons and physicians over recent years have recorded this complex medical condition using a variety of interchangeable terms including:

Seven months after his work accident, Josh was outside, at home, walking with his therapy dog, Murray. When he came back into the house, his sister and I visually noticed that he was neurostorming. We had Josh sit down and monitored his heart rate and blood pressure. Josh was unaware of his neurostorming episode. We showed Josh in a mirror how he looked when he neurostormed, and I took a photograph for his doctor to see. See cover photo).

The surgeons and residents at the hospital learned a lot from Josh. Josh’s neurosurgeon compared him with one of the most famous TBI survivors of all time when he said, “Josh's case is so rare that it ranks up there with the great Phineas Gage stories!” His neurosurgeon told us, “Josh and Phineas have a lot in common. Both had a work-related accident, both were the same age when their accident happened, and both survived a horrific brain injury. These two miraculous patients have taught others about how the brain functions after a severe brain injury.” Josh’s neurosurgeon said how honored he was to be able to work with Josh and how proud he is of Josh. We were incredibly blessed to have had this amazing neurosurgeon as one of Josh’s doctors, along with the entire talented team of trauma surgeons at UW Hospital in Madison, Wisconsin who all helped to save Josh's life.

Josh’s recovery has included completing one year of PT, OT, and speech therapy and he was also able to reverse his legal guardianship back to himself, a milestone that thrilled us both. His appointed legal social worker in Madison said, “It is a rare and happy occurrence when someone gets to reverse their guardianship and become an active member of society again, and Josh is one amazing person.”

On the two-year anniversary of his accident, July 10, 2016, Josh said, “After the extraordinary hope, care, support, amazing team of family, friends, and doctors that literally put me back together again, I beat all odds.” We celebrated at a reunion with the City of Madison Fire Department First Responders. It was an honor to be able to say thank-you to the many amazing first responders who help saved Josh's life.

And two years and one month later, Josh realized his dream of being able to walk down the aisle to marry the love of his life, Allison.

Navigating through neurostorms is just one of the many challenges we have had to face. Hopefully, by sharing our journey, we can help educate and empower other TBI survivors and their caregivers as they also tread the difficult path after enduring traumatic brain injury.

I found the story accidentally online and it was so inspiring and exactly what I needed to read at the perfect time… My son was in a motorcycle accident seven weeks ago and his name is also Josh he’s 30 years old, he suffered a Very severe TBI and a DAI... having such extensive injuries they did not think he was going to live and only gave him a 3% survival rate the first couple of days. This was the first time I even heard the term Neuro storming which she continued to have up to about two weeks ago ..He continues to slowly recover and has a long road but he is our “miracle man” so thank you once again. God bless your son❤️

Thank you for sharing your story my son had a motorcycle accident Monday NOVEMBER 18TH 2019 will be 4 weeks since his injury my son's name is also Josh and has a TBI THE DOCTOR SAY AT 100%. Prayers Faith and Hope that we get a miracle from God as your Josh did.

Awe, thank you for your comment. I send my love and prayers to you and your family. It takes a lot of time and patience. Keep a written journal, that's the best way to see progress. It is a team effort, any assistance you can get, take it. Love always.

Was there anything you did to ease the neurostorms. As I sit here writing this my son his having one that has lasted 2hr and counting. Please help for tips to ease his storms.

First off, I am not a doctor, and I would highly suggest you contact your son's physician or neurologist or health care professional. That being said, some things that can help decrease neurostorms include: turn off TV and other overstimulating things. Sometimes "anything" is overstimulating. If your son can communicate, ask him, he might know. Taking a shower can help decrease neurostorms, or lay down, drink a glass of water. Body temperature or the indoor or outdoor temperature (too hot or too cold) can also cause neurostorms. Monitor the patients temp and blood pressure and let his doctor know what it is. Make sure the patient is taking his medication as prescribed and not late or missing any doses. I wish you and your son all the best.

More than six years into a TBI after I took a blind temple shot from a headbutt during a soccer game while simultaneously heading the ball on the right side of my head. Never saw the guy coming and paid the price for the double hit! Gabapentanol nor any other drug could prevent the "shocks" I would experience by an overloaded nervous system. I constantly have to reset my autonomous system through yoga, rest, light exercise and being aware of over stimulation. Life certainly improved after my squished optic nerve was unsquished by a talented physiotherapist who could see the dent! I wouldn't wish this injury on anyone. It's cost me everything - career, job, family, home, health. One day at a time.

I hear you, I agree, and I understand. Can you share more about your Optic Nerve and is your vision better now? Thank you.

Suzette, I do not know how you had the strength during all of this! As I read the first two parts my heart was breaking and when I finished, I remembered that all went exceedingly better than expected and my heart broke again, with joy.

Thank you for sharing your story with us. It gives us hope.

Wow !! Thank you for sharing this important story. I am 6 years post injury and still struggle daily to wake up positive and happy and strong with my strategies and reminders that sometimes do not transfer day to day without cueing and help. One of the best gifts that you can give to someone is to be a good example. Thanks for being one. RAD.
I can only imagine the details you left out. Your brave and courageous family are inspiring.
Suzette I find your story a true success and simply a miracle. God gave you the important job of healing your son and you accomplished it. Josh is so blessed to have you ,his girlfriend and his family to help him recover. Josh also had more to do on earth his accident gave living education to all the medical staff and to future brain injury victims. He must be a strong loving man to come out on the other side of this horrible fall. Thank you for sharing your sons story with all of us. Gods blessings to you all. Your high school friend Glenda M
Suzette, you are an amazing mom! So happy to read about Josh's survival and miraculous recovery.