Neurostorm of the Century, Part 1 of 3: Medical Terminology 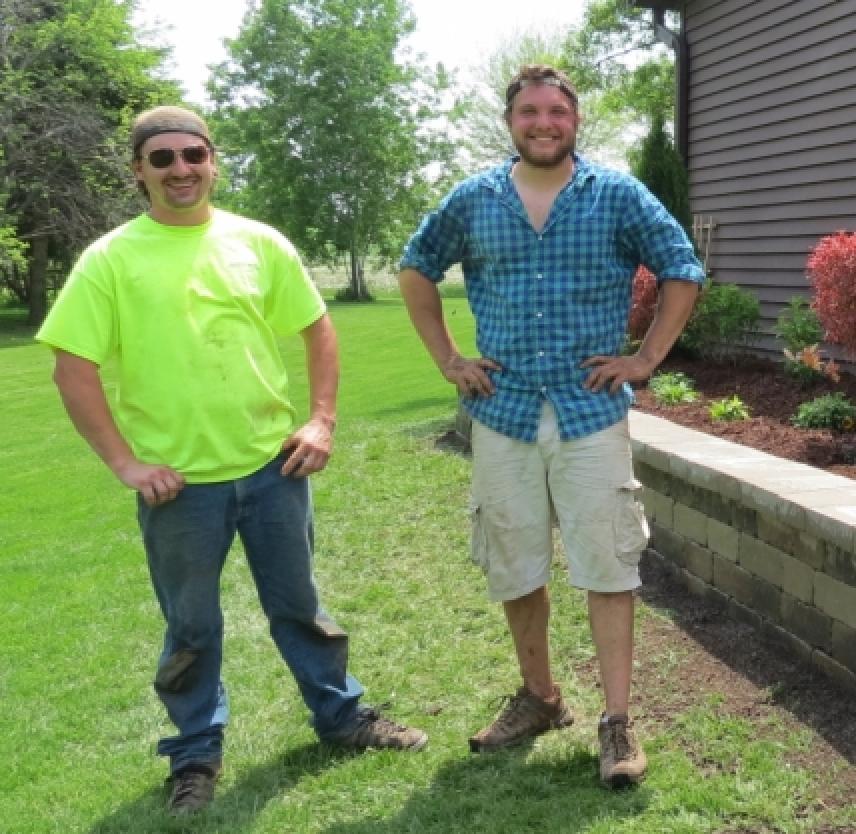 This is part one of a three-part article:

On July 10, 2014, I anxiously awaited a call from my daughter Alicia after her ultrasound about our soon-to-arrive first grandchild. Meanwhile, my son, Josh, was at work, and I promised I’d keep in touch if I heard any news about his sister and his soon-to-be nephew. At 1:30 pm my phone rang.

“Are you Josh’s mom?”  This male voice could hardly speak. He continued, “We need you to get to the hospital as soon as possible. Josh was in a work accident.”

“What happened?” I asked.

He wouldn’t answer that, but asked, “How fast can you get to the hospital?”

I told my boss and co-worker and left work. I immediately called my daughter, telling her Josh was in a work accident, and I was going to the hospital. We both assumed he probably just broke a leg.

Within thirty minutes, I was met at the emergency room doors by Josh’s co-workers, hospital social worker, and chaplain. I begged to see my son, but the social worker said, “I’m sorry, Josh is in a coma, and he’s already in surgery. It’s not good.”  She requested I call all our family members to come to the hospital. My hands and heart were shaking uncontrollably, so she helped me make the phone calls. I told Alicia to pack her suitcase. She was shocked to hear that her brother was in a coma, might not survive, and that he was already undergoing major surgery. Alicia arrived in minutes, soon followed by Josh’s Grandma, his girlfriend Allison, and his Aunt MaShelly.

Josh was twenty-four years old the day he plummeted 50 feet through scaffolding at the construction site, causing his Traumatic Brain Injury (TBI), Diffuse Axonal Injury (DAI), and hypovolemic shock. He had less than a 2 % chance of survival and a Glasgow Coma Score of 3.

After five hours into his 13 hours of surgery, his first trauma surgeon came out to talk to our family. She explained the severity of his injuries, asked what our wishes were, and she said, “If Josh survives these surgeries, he will be placed in a TLC (Trauma Life Center) where he will spend several weeks.” I felt like I entered the Twilight Zone. I knew this was life-altering for all of us. I had a gut feeling I’d never be going back to work again. I would do anything to help Josh. Ironically, I had worked in this same TLC as a medical radiology student before I had my kids 31 years ago. It was one of the best educational learning experiences of my life. I knew he would be well cared for. I had complete faith, and somehow I felt comforted knowing that.

Alicia coined her only brother “The Miracle Man” on the first day of his horrific accident. She said, “He will make it, he will survive. You wait and see!” And then, Alicia’s contractions for early labor began. As much as it pained me that I couldn’t be with both of my kids at the same time, we knew that we each had a job to do: mine was to watch over Josh, and Alicia’s was to deliver her new baby. With the warmth of her pregnancy glow, Alicia told her little brother that she loved him very much. Then, right before Alicia left to give birth, she tenderly placed Josh’s comatose hand on her tummy and said to him, “The next time we see you, you will see Brody in person.”

I just didn’t know how I would handle this trauma without my daughter here, and that’s when Josh’s girlfriend, Allison, (whom I had only met twice before Josh’s accident), said she would be honored to become my support system and vowed to never leave Josh’s side. I have always been thankful for her being there for our family even though I was so emotionally ripped apart that I could not express it.

Josh’s hospital was not a labor and delivery hospital, so a nurse offered to call an ambulance to transfer Alicia. My husband talked Alicia into going home. I tried to reassure her that everything was going to be all right by saying, “I love you and the baby so much, but I hope you understand that I cannot leave Josh. I know that your fiancé will be with you taking good care of you and the baby. I know that you will understand all of my feelings better as soon as your little one is born. I just cannot leave Josh.” Like a trooper, she said she understood, but I knew it was emotionally rough on all of us. A few days later, Alicia delivered a healthy baby boy named Brody in the hospital she had always intended to, about 90 minutes away from Josh’s hospital.

Josh underwent multiple surgeries and received 22 pints of whole blood and 20 units of plasma due to 14 major arterial bleeders. He survived the initial 13 hours of life-saving operations and was placed in TLC. As the trauma surgeons, residents, pharmacists, neuro-surgeons, cardio-vascular surgeons, and orthopedic surgeons did their rounds, I joined them at Josh’s bedside every day, and the list of medical words grew longer. I was thankful that my co-workers thought of bringing me a paper notebook with a pen, for I was catapulted back into 1983 when I studied medical terminology, only this time, my son was the case study. Radiology exams confirmed that Josh had fractured 86 bones (more than Evel Knievel at any one time) and suffered a torn aorta, loss of right kidney function, and severe nerve damage.

Josh’s room in TLC was like an icebox. He was packed in a temperature management system for the first two weeks, consisting of an ice blanket and ice packs. This helped reduce his neurostorming symptoms:  increased heart rate, increased blood pressure, tremors, fevers, increased Intra Cranial Pressure (ICP) and increased Cerebral Spinal Fluid (CSF) which was drained off occasionally to maintain safe levels. The intensity of Josh’s neurostorming caused additional surgeries to be postponed.

The visual effect of Josh’s neurostorming consisted of a noticeable line that divided the right and left halves of his body, caused by the brain’s lack of ability to communicate between the right and left side.  This creates a striking visual effect: severe erythema (redness) and hyperhidrosis (extreme sweating) on only the left half of his forehead, face, shoulder, neck, and chest. Josh’s sweating was so intense on half of his forehead that it occasionally blistered like a sunburn. Meanwhile, the right side of his body had no visual changes of color or sweat.

I felt significant dreadfulness watching Josh as he neurostormed during the first few months.  I couldn’t fathom how his body was trying to fight this. Allison and I would take turns constantly soaking up his drenched forehead and chest, while his friends brought in portable mini fans that we attached to his bed to help cool him. As time went on, I tried to put my mind into a learning experience rather than a fearful one, for this was something Josh was going to be dealing with for a long time, and we needed to learn about it to help him. As our knowledge grew, it became a great source of power that has helped Josh on the road throughout his journey.

My 21 year old son is currently recovering from a very similar situation. He started at a 2 on the Glascow scale and also experienced intense neurostorming. He’s home now and I am his sole caretaker. He is currently blind and paralyzed but has the most positive outlook on his life…I am the one having a hard time. I’m grieving on a level unimaginable and I have no support, no one to talk to. He needs me so bad but I can’t seem to keep it together and it has been almost a year since the accident. I just need some encouraging words, as I feel so alone and broken.

If you need to talk. I am a mom of a 21 year old women who also has a serious brain injury. My number is 86zero 2one3 9six3nine. Call anytime.

I can not imagine you or anyone going thru this and dealing with this trauma during Covid. My heart is with you. I applaud you and congratulate you for all your strength and love and support you are giving your son. I know you are amazing!!! Since you are giving so much, my only advice is to make sure that You are also eating properly and getting enough rest. I know that others truly don't comprehend what happens to the immediate family members in a situation like this. If there is anyone that can assist your son while you go out for a meal, or do one thing for yourself once a week, that is a small step in helping yourself become at peace with yourself. At one year, my son convinced me to get back involved with my hobbies I loved. Honestly, it was a slow process deciding and accepting to let others help him with his care, but it was for the best to give both of us a variety of things enjoy and learn. I am so happy we both did. And I know he is alot happier too.

My son, 34 year's old suffered a severe TBI. I need to talk, learn listen to Josh mother, or communicate in any ather way. My name is Maria and I am from England. It will be good to hear from you and I thank you!

My fiance's troubles are minute compared. I pray you and your family are making it through this. I commend you Mom and family, friends. I don't really know what else to say, except I am sorry.

Wow ! Thank you for sharing this unimaginable experience you and your family,friends and community had gone through. And Im relieved to know that Josh survived. Knowledge is a real tool and Wisdom is when that knowledge is put to test.