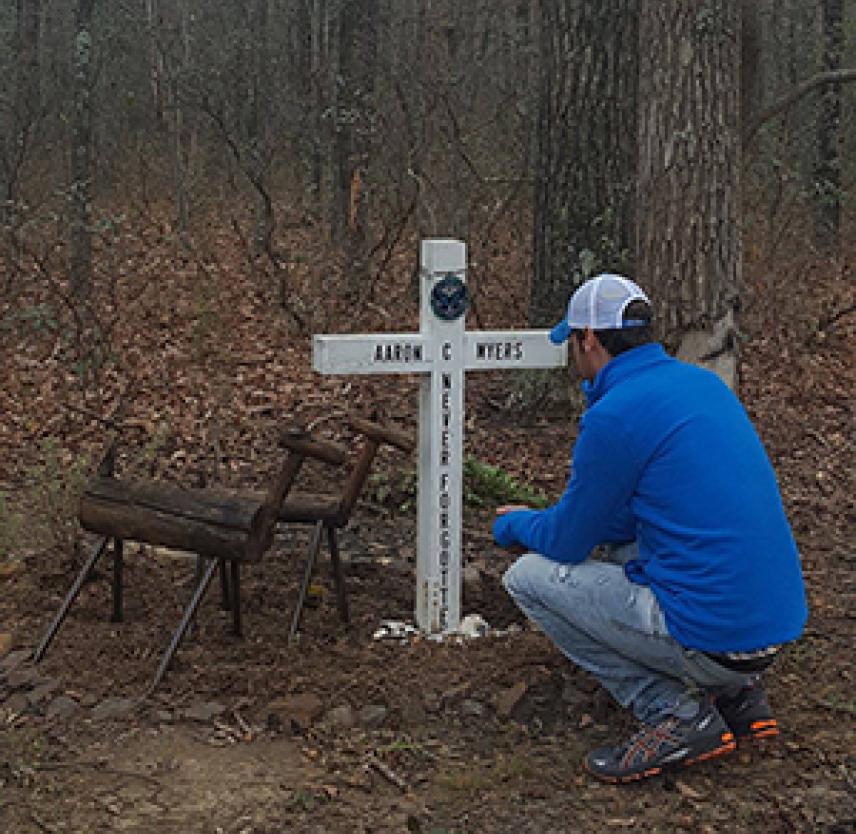 Related Content:
From the Heart: Double Trauma and Delayed Grief
It's Okay Not to Be Okay
My Two Life-Sustaining Questions
The Far Reaches of Traumatic Brain Injury and Grief

Ten years ago, my sons, Aaron and Steven, were involved in a fatal car accident. My oldest son, Aaron, didn’t survive. Steven survived, but was given little hope. He sustained a severe traumatic brain injury (TBI), endured multiple surgeries, and was placed in a medically-induced coma. He spent almost a month in the ICU before being transferred to a rehabilitation center in Atlanta, Georgia where he underwent intense therapy, learning how to live his new normal.

After the accident, my life resembled a lost-and-found bin, filled to the top, running over with more emotions than I could ever imagine sorting through. When you think about lost and found, materialistic items normally come to mind, but in my case, it was physical, emotional, spiritual, and financial.

Before the accident, I was busy with many fulfilling and productive activities and roles, the most important being a mom. After the knock on the door that changed all of our lives, so many emotions started landing in that lost-and-found container. Lost was the mom who I had so proudly been to my two sons, found was the mom who leaned into my faith more than ever for the strength to rise up to be there for Steven as he fought for his life.

In lost and found, you might find new items. For me that meant stepping into the role of caregiver — my only qualification being mom. There are also treasures mingled throughout the container. Treasures along my journey often come in the form of reminders of how Aaron lived his brief, but beautiful life, and watching Steven doing whatever it takes each day to ensure that his TBI does not define him.

There are mismatched items, too, such as planning a funeral for Aaron at the same time as being at Steven’s side while he fought for his life. There was also watching Steven find the resilience to keep going not only through his physical pain, but also with the constant heartbreak of living life without his best friend, his brother.

There are also scary items in the lost-and-found box such as epilepsy, PTSD, and living with ambiguous loss.

Lost is imagining what Aaron’s life would look like at every age, but in that same vein, found is discovering special ways to honor to his memory. Some of those ways include taking in the beauty of “Aaron sunrises,” as we call them. (Aaron loved nature!) We have a memorial tree for Aaron that was lovingly planted by family members, and it grows more beautiful each year. And the location of the car crash, which was once overgrown and filled with litter, now houses a handmade cross and flowers that bloom each season — along with so many emotions. That is a short list, but I think about these things, a lot. Not only do they bring honor to Aaron’s life, but they also serve to do the same for Steven’s life.
Amidst the long list of losses, I attempt to focus on some positive finds such as reaching out to other families who have also experienced trauma, reminding them that they are not alone. Another positive that continues 10 years later is being surrounded by an amazing community of family and friends and having access to the very best healthcare professionals who were there on day one and many continue to be in our lives today!

I have learned many lessons while traveling this unpredictable — and uninvited — road. I have found that some life lessons can often leave us feeling lost, but those very same lessons can also refine us and find us burgeoning into better versions of ourselves — versions who are more aware of the needs of others, versions who are less judgmental, versions who forgive more freely and love more deeply.

Thank you for sharing your thoughts and heart with us. You give me more hope to carry on.

Thank you for reading and for your kind words! My hope is that one word I share from my heart will be an encouragement to others ❤