The Far Reaches of Traumatic Brain Injury and Grief 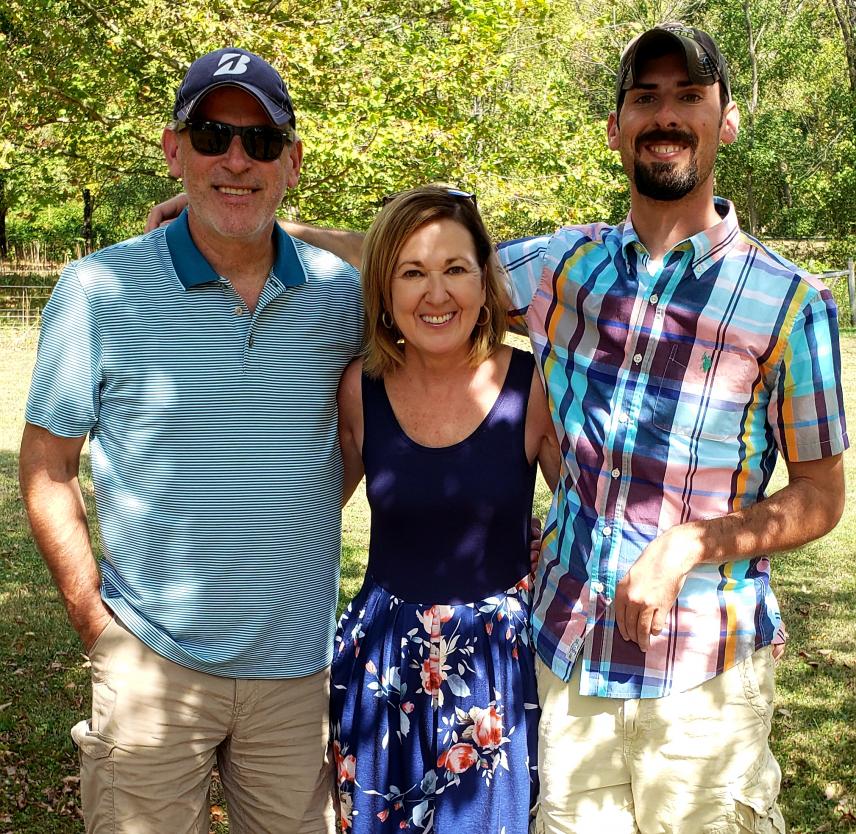 Related Content:
The Comparison Trap
Silver Linings
The Many Faces of Brain Injury and Grief

While my thoughts should have been carefree during our summer vacation at our favorite North Carolina beach, each day as I took in the vastness of the ocean, I was reminded of the far reaches of traumatic brain injury (TBI) and grief.

Our carefree days came to an end on August 13, 2012 when our sons, Aaron and Steven, were involved in a fatal car accident — an accident that took Aaron away from us and left Steven with a severe TBI. Upon receiving the horrific news of the fatal accident, we had no idea at the time how double trauma would impact the world around us. Not only would we forever grieve the earthly separation from Aaron, but we would be faced with navigating the foreign soil of TBI and the many layers entangled within this life-changing, invisible disease. We learned very quickly that instead of fearing words such as “TBI,” “epilepsy,” “PTSD,” and “complicated grief” (just to scratch the surface), we had to become educated advocates.

When speaking of “far reaches,” there’s not enough blog space to cover all the territory touched by our journey! It’s not just about us; it’s about our family, friends, employers, and community. At some level, they also felt our gut-wrenching blow! They rallied around us, allowing us to draw strength from their hopefulness, which we needed during our darkest of days when we felt anything but hopeful.

Once the initial shock started wearing off, we desperately wanted and needed to piece those first minutes, hours, and days back together. Seven years later, we still find ourselves trying to fill in gaps of time where dismal fog set in, leaving us with amnesia. We were truly operating on auto-pilot, doing what needed to be done to be there for Steven and somehow managing to plan Aaron’s life celebration, hoping and praying that we honored our firstborn son in the beautiful way that he so deserved.

“Far reaches” also means letting go of pride, the same pride that in the past would have caused us to say no to help. We’re beyond thankful for every individual, healthcare provider, and organization that was there to say, “Yes, we will help!” Many remain in our lives today, cheering us on!

Some of the unpleasant “far reaches” include helping Steven navigate the chaos of Social Security, insurance denials, the never-ending hospital bills, not to mention encounters with people that don’t understand that it's okay to ask about Steven’s deficits instead of avoiding or reacting as if TBI is contagious! Those are a few examples of the uglies you don’t want your 29-year-old son subjected to, ever! Being a Mama Bear that has been by her son’s side as he fought his way back to life, it’s natural to want to protect Steven from anything painful. But, oh, how well I have learned … that’s just not possible. So each time I witness Steven’s patience and grace as he handles heavy burdens at his young age, my ears hear the loud, melodious message of hope … Steven’s got this!

I never imagined facing a crisis of this magnitude, one that has changed me physically, emotionally, and spiritually. Trauma is two-sided. While I don’t ignore the painful side (as I endure the side effects of trauma each day), I prefer to focus on the positives. I love more deeply. I embrace hope like never before. I hug tighter. I don’t rush, which helps me appreciate the here and now. I hurt for those that hurt. I count every blessing. And I’m not ashamed of my tears.

As parents, it’s only natural to think about your child’s future. We find ourselves in “what if” conversation about Aaron on a regular basis. Would Aaron be married? Would we be grandparents? Our conversations are different regarding Steven. Our hearts hurt knowing Steven has physical and emotional pain that he deals with each day, without complaint. Due to Steven’s TBI, he had no idea until weeks following the accident that his brother, his best friend, didn’t survive. Steven didn’t get to be a part of Aaron’s life celebration. Whether that’s a blessing or a curse, it’s still a part of Steven’s reality. Our reality. Those are the kind of “far reaches” of TBI and grief that feel like a vise-grip around my heart.

Professionals say there are seven stages of grief. I agree with the written seven. But trust me. There are so many more, especially regarding complicated grief. Until I became a mother that heard the words, “your son didn’t survive,” I thought all grief was complicated, but the most complicated of all is truly child loss.

On my most challenging days, I purposely remember the far reaches of Aaron’s love, his passion for the great outdoors, his smile and compassion for everyone. Those treasures, coupled with Steven’s sheer determination to continue honoring his promise to Aaron to never give up are the memories and moments, past and present, that keep me showing up to be the wife that Carlan needs, be the mother that keeps Aaron’s beautiful memory alive, be Steven’s faithful cheerleader, and be there for our family, friends, and community, like they are always there for us.

For me, it's my most fearful dream sequence. A black Wolf has grabbed me by neck and he won't let go. I smell his rotten breath, his warm/oily saliva slides down MY neck, His eyes never seem to blink, he utters a constant low growl that sequences loud to louder loud, he loosens his grip and then retightens it, never letting up...
I'm his POW. My counterintuitive on the spot decision is this: I stop any sense of a struggle with this Black Wolf. I give myself over to him and his jaws. I surrender. But I do this as a tactic. The wolf twists his position, lightens his grip on my neck as I begin to gently stroke his back, then his neck. I make NO effort to escape his jaws. I rub his ears, his neck and back as slowly but firmly as possible. I want him to know that I have given myself over to him out of respect and on mutual ground. I am becoming what I fear. And in doing so I feel his grip lighten briefly, a bit more and then he fully disengages his teeth/jaws from my neck. He still has me pinned on a ratty couch, springs that poke and scratch me with his weight and movement. Then he swivels off the couch, my neck is free. He rises up, standing over me, but now simply looking down at me. He is 8 inches from my face with me now pinned down in place with his weight coming through his front feet. They are gigantic and they hurt me. I don't move, he moves and he moves quickly. Jumping from my lap to the floor-he sort of slow walks to my doorway, he briefly looks me in the eye, and he moves to and through my open kitchen door frame.
This room looks like a Zombie house: decrepit, broken lath on both floors, Sun coming through the slats making stars with the circulating dust. Like a Brownian display box. I turn in my seat to find a large, black male sitting beside me. He is handsome, an older man and he asks and answers his own question. "If your wondering what happened to the furniture you had, I stole and sold it yesterday Roth".

Bless you. Twelve years and I understand a mother's grief although I didn't lose a son. I'm so sorry. We must stand tall each day - expect the unexpected, stand alongside and yet be sure there is a scaffold for success for our loved one. I too do the same. It is very tough...very. Widowed at 23, having birthed my son alone after the death of his father five months previous - now standing strong and hopeful for success in whatever form it takes. Take care now. Know you are not alone. The struggles are real.