How Drumming Brought Me Back to Life After Brain Injury 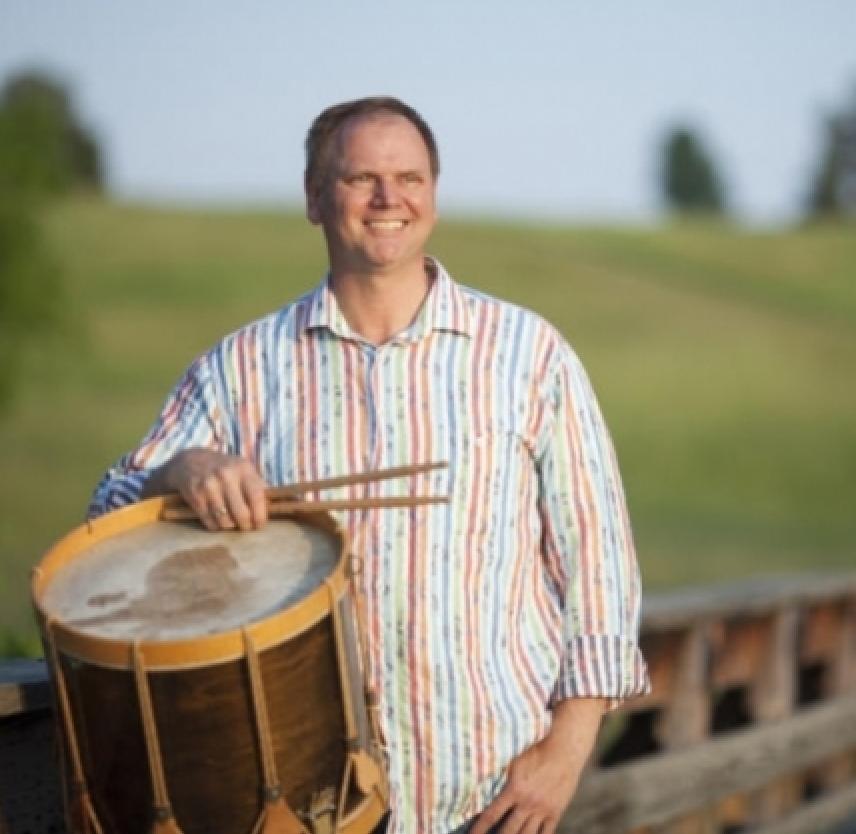 Related Content:
Releasing a CD of Original Client Music to the Public as an Aspect of Brain Injury Treatment
How Music Helps to Heal the Injured Brain
Ginny Ruffner: a not so still life
Artist Ginny Ruffner's TBI: Yesterday's News
Recovery Motivated by Fear ... and the Drive to Create Art
Artist Ginny Ruffner on Curiosity, Language, and the Brain
Music Lessons for Rehab and Joy for a Boy with Severe TBI

October 15, 2010 was a day that changed my life. I remember I was vacationing in Indiana, visiting friends and family. It was a nice autumn day as I drove through the countryside, passing the tall cornfields as I headed toward my destination to meet up with my cousin Anna.

And then ... I woke up in a strange bed in an unfamiliar room. My mom and sister who live in Virginia were at the hospital to tell me where I was and why was I there. They said I had been in a horrible car wreck and I had been life-lined to Wishard Hospital in Indianapolis. They told me that trauma surgeons and other medical staff had determined I’d sustained a severe traumatic brain injury.

Hearing this was shocking. But even more so — and even to this day — it’s difficult for me to accept the "new normal” life of living with a brain injury.

Another shocker occurred when I was in the hospital bed. I told a nurse, "I don't have any feeling in my hands and feet.” Would I never play my beloved drums again? Until my car crash, I had played the drums for 38 years. For as long as I can remember, drums have been what got me moving in my life. There was the sheer enjoyment of playing for fun, and there was also playing with my gospel band, “Days of Praise Band.” Drumming had also always served as an effective stress reliever. Thankfully, I got the feeling back in my hands and feet.

Twelve days after the car wreck, I was admitted to the Rehabilitation Hospital of Indiana. There, I underwent intensive psychological, physical, occupational, and speech therapies that helped me put my life back together again. However, I am convinced that a visit from some friends in Tennessee helped me just as much as any formal therapy. Carolyn, Kristen, and Kristen's daughter, McKenzie, knew my passion for drumming so they arrived with gifts: a pair of drumsticks and a practice pad.

As I began holding those sticks in my hand and hitting that practice pad, I started to feel once again in my element. Drumsticks are such familiar objects to me — almost like extensions of my own body — that I knew they’d serve as a crucial part of my recovery. Every chance I got, I practiced playing the drum pad and creating new rhythms until drumming, once again, became second nature to me.

A few months passed since the car wreck, and I felt as if my personal drum therapy was what was healing me the fastest and most successfully. Don't get me wrong, all the therapies I have undergone — some 200 appointments in three years — have certainly contributed significantly my rehabilitation and recovery. For example, my vestibular therapies helped me with body balance and coordination due to the injury of my right inner ear. Before I had the vestibular therapy, I would walk on a sidewalk and if I didn’t focus on staying straight, I veer off, sometimes tumbling into the road. Also, while walking down an aisle in a grocery store I would bump into people, or my shopping cart would bang into the shelves, sometimes knocking things onto the floor.

Four months into my recovery, I was still struggling with speech and vestibular imbalance issues, yet, there I was playing drums at Whole Word Fellowship Church in Oakton, Virginia. Music was working on me both inside and out. When I got behind the drum set, I felt the sense of balance, control, and coordination. I can say drumming has been and still is my best therapy. Just like all the other therapies, I have worked very hard to accomplish the goals assigned to me by my therapists. Every day, seven days a week, I try to practice drumming at least one hour a day. After all, for me, drumming is healing, health, and happiness. It’s in my cells.

As my recovery progressed, as I continued with my therapies and my drumming, I started to feel like I knew myself again … my old self but with a brain injury. I also found that I started to shift the focus off myself and my recovery and turn my attention more to others. I wanted to give back to the brain injury community, which had helped me in so many ways. It wasn’t until a year later that my vision became a reality.

In spring 2013, I started The Heart of Rhythm (THOR) drum workshops. My mission was to encourage children and adults with brain injuries or other cognitive challenges to explore sounds and rhythms through playing percussion instruments such as Djembes, congas, shakers, and so on. In October that year I was lucky enough to get the opportunity to do a workshop for Dr. Marianne Talbot's dance troupe, Rhythms of Hope Dance Therapy at the Lee Center in Alexandria, Virginia.

Once I began facilitating a drum workshop at the Lee Center, then another door opened for me to lead drum workshops at Chinquapin Community Center in Alexandria for children ages six to 18. In addition to THOR drum workshops, I recorded a professional country CD at the Watershed Recording Studio in Nashville, Tennessee. The live recording featured world-class harmonica player Charlie McCoy, world-class steel guitar player Tommy White, Wanda Vick Burchfield, the former fiddle player for Dolly Parton, and me, Gary "Porkchop" Schopmeyer on drums and vocals. The thrill came when I was asked by Mark Burchfield, the owner, bassist, and music director of my project what the purpose was in making the record. I answered with hesitation, “I want to share with my family, friends, and acquaintances how grateful I am for my life and for surviving the car wreck and also share that it’s been drumming that has kept me focused, happy, and moving forward.”

Another milestone took place not long after when I recorded a live autobiographical drum film called "Timbre, Tones, Tricks, and Other Things: A Percussionist's Perspective." In it, I demonstrate playing a drum set, congas, and foot percussion, exploring the different sounds and sonority from the instruments.

I call myself a “TBI Survivor-Thriver.” My resolve to be my best self is found in my love affair with drumming, which is going on 42 years now.

Gary, you truly rock! So glad to hear about your giving back to the community!
Gary- you must be a remarkable person to overcome so much. And to think that DRUMMING played such a key role! You are accomplishing things with your talents that almost seem unreal. Thanks for being a big-time inspiration!
Hey Gary...well told story. I have know you for about three years and watched you grow, mostly ups, some downs, but never quit. See you loving the people around you, your mom, and always seeking to grow in your love of the Lord. Know your hunger to serve and I'm proud to call you friend and brother. Your a Blessing, carry on.
Gary, you are TRULY an inspiration. Eileen and Matt
So proud of you and how you have turned your mess into a message! Not surprised as you are special and come from a special Mom and Dad!
You're always in our thoughts and prayers. I am so impressed that you took a tragedy and turned it into something positive for others. We are very proud of you cuz! Brad
My son LOVES your class at the Lee Center. Thank you for sharing your gift with kids!

My name's Jacob and I'm a drummer from Australia, and I went through pretty much the exact same thing. I was driving home from a gig, me n my band played, when a wallaby jumped in front of the car, I swerved to try and miss it, lost control and went straight into a tree. The other guys in the car were fine, but I broke my neck, was in a coma for 3 weeks and received severe brain trauma. not good. I just googled drumming after brain trauma and yours was the first one that came up. Your story is inspiring to me man. Mine crash was about a year and a half ago but reading where you've taken your drumming is really awesome. I'm really trying to play drums as much as I can at the moment, 4-5 hours a day usually, to get back to a standard I'm happy with ASAP, just so I can return to playing music for people, with my best friends. If you have any tips man on how to recover hand/foot speed, maybe just certain exercises you found worked for you, would definitely to hear them. hope you're well.