Head to Head with Christopher Nowinski 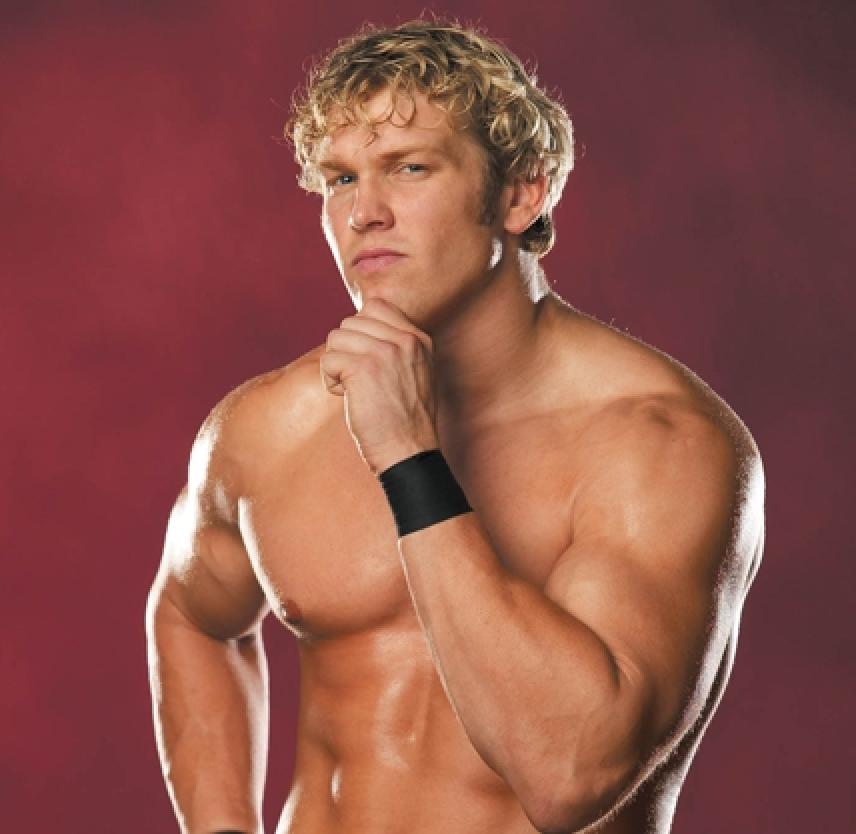 Christopher Nowinski is not your average Harvard graduate. In 2000, newly sprung into the world of jobs and adult responsibilities, he traded the three-piece suit and briefcase for a pair of spandex shorts that sported an emphatic letter “H” across the backside.

The summer before his senior year, Chris, a defensive tackle on the Harvard football team, roomed with a couple of his teammates. Because there was only one television in the apartment, he was forced to watch what his roommates were watching: professional wrestling. “I thought I would hate it, but I fell in love with it,” says Chris. “I loved the theatre of it, and the athletic free form.” For Chris, professional wrestling was like the commedia dell’arte of sports; each match ran the gamut of emotions from funny to incredibly intense. “You never saw the same thing twice and when you looked in the eyes of the wrestlers, you could tell they absolutely loved what they did.”

A natural athlete, Nowsinski immediately loved the mental and physical challenges that came with wrestling. “You had to create a character and then tell a story in each match. There were good guys and bad guys, and the arc of a story with a beginning, middle, and end,” he says. “And as for the physical part, wrestling was harder than anything I had ever done; I was in the best shape of my life.”

At Harvard, the 6’5” Chris, had weighed in at a staggering 300 lbs. In the ring, at a leaner 255 lbs., he would transform into his persona, Chris Harvard, the blond-haired, blue-eyed Ivy Leaguer who mocked his rivals with big words and elitist arrogance then pounded them with spectacular moves and athletic prowess. All the while, the Chris Harvard signature music played — a pugnacious, I’m-better-than-you-are version of the Harvard Fight Song.

Chris Harvard soon became a staple in the wrestling world. His signature move, the “honor roll,” a double underhook suplex (picture getting lifted and spun onto your back as you bend over to pick up a quarter) became well known as he moved through the wrestling circuit. Chris starred in the hit reality show “Tough Enough”; he become a regular on WWE’s Monday Night RAW — seen by five-million fans a week; and he performed in sold-out pay-per-view matches at 20,000-seat arenas like Madison Square Garden.

He and his “rivals” would choreograph parts of each match — discussing how the story would unfold and through what sequence of outrageous events and physical antics it would play out. Other parts were improvised. They might leap from the ropes above, slamming down onto each other, or get hit over the head with a chair. The more drama between the wresters, the more manic adrenaline would rush through the crowd. Although many of the moves are pre-planned, they are not without pain. “These moves cause pain, they just aren’t as bad as they look,” Chris explains. “It’s a pain you can handle, if you’re so inclined. The key to making it hurt less is to hit a flat surface. And with something like a chair or a table, you try to move your body in the direction the object is moving once it’s made contact, rather than resisting it.”

No pain, no gain

Like athletes in most other contact sports, wrestlers don’t complain. They don’t sit out, miss a match, or admit an injury. Rather they get back on the field or in the ring and give the crowd the show it came to see. That is the culture in professional sports, and also, increasingly, in youth sports. This, unfortunately, comes at a great cost.

Chris only remembers having six concussions: two in football, four in wrestling. He imagines there were probably more. Any symptoms he’d had were bearable enough that he could cope with them — or deny them — while still playing or performing. Then he was hit again in June 2003. He was in a tag-team match with the Dudleyz. He got a bit too close to a kick and took it hard on the chin. By the time he hit the ground, he had forgotten where he was or what he was doing. But he kept on; the two Dudleyz feeding him the moves. He stayed in the ring for three more minutes. Then he performed the next night, and the next; he didn’t want to let down his teammates and fans.

Soon his headaches got worse, he couldn’t sleep, and his mental fog thickened. It got so bad that he could barely remember anything from minute to minute; his short-term memory seemed to have evaporated. He was tired and depressed, and even after time off from wrestling, he wasn’t getting any better.

Chris went to see many doctors, missing countless appointments until he learned to write things down. Finally, he met Dr. Robert Cantu, chief of Neurosurgery at Emerson Hospital in Concord, Massachusetts, and co-director of the Neurological Sports Center at Boston’s Brigham and Women’s Hospital. “Dr. Cantu basically turned a light on for me,” says Chris. “I learned that no one was talking about the long-term problems that result from a concussion, or repeat concussions.” In an effort to find out what was going on inside his head, Chris started researching the cumulative effect of concussions.

In the past few years, Chris has talked to hundreds of athletes of all ages — both active and retired, their families, and countless medical experts. His work has culminated in a book, Head Games: Football’s Concussion Crisis, as well as the Sports Legacy Institute (SLI), a not-for-profit he founded with Dr. Cantu, dedicated to studying the effects of concussions and other sports-related brain injuries. The organization is working to maximize the safety and vitality of all athletes who participate in contact and collision sports worldwide.

Part of the work at SLI includes examining the brains of athletes post-mortem. Chris has been the one to phone the families of professional athletes immediately after their death to request the study of their brain for science. “Frankly, I don’t always feel up to making these calls, but then I remind myself that this research will help so many pro and youth athletes in the future,” he says. This research — on athletes such as wrestler Chris Benoit who murdered his family and then committed suicide and retired National Football Leaguer Andre Waters, who committed suicide — has proved a strong connection between repeat blows to the head and subsequent neurodegeneration (physical deterioration to the brain). Neurodegeneration has been associated — in previous studies and was well as in SLI’s study — with myriad medical (or psychiatric) and behavioral issues.

“Some mornings I wake up and pray that I don’t turn out like some of the guys I’ve interviewed …” says Chris. “No one knows at this point what will happen to all these pro-athletes — or the thousands of soldiers coming back from Iraq and Afghanistan. With the cognitive deficits that come with brain injury, the dementia and early onset Alzheimer’s, not to mention the pain and depression, these people may miss out on the second half of their lives.”

As for himself, Chris believes that he will not heal any further from his brain injuries. Although his memory has improved significantly since that defining concussion in 2003, he doesn’t think it’s quite back to where it once was. He suffers from severe headaches, which come on suddenly and can leave him feeling depressed and exhausted. He is currently focusing his attention on the degeneration of his neck, another common side effect of contact sports, in hopes that he will find relief from the headaches. Overall, he has good days, and debilitating days, his best strategy for the latter being to lower his expectations for the day and sleep it off.

Due in large part to the pressure Chris and his organization have applied, in 2007 the NFL has made some changes; it upgraded its concussion standards to include no intentional helmet-to-helmet hitting, the requirement of a full medical workup post-concussion, and the necessary time for the brain to heal. In the spring of 2008, WWE finally initiated a concussion management program as well.

Chris works half-time at Trinity Partners, LLC, a biotech and pharmaceutical consulting firm, and half-time raising awareness about the concussion crisis through SLI, and he’s determined to make youth sports safer. On a recent evening, he spoke at a high school about concussions, their long-term effects, and how coaches, parents, and even the kids themselves can learn to recognize symptoms and take the proper safety measures before returning to the field.

“The good news is that the culture has changed dramatically even in the last year,” says Chris. Parents and coaches are much more aware of what to look for and how to act after an athlete gets hit on the head; they have even learned that a concussion doesn’t always mean being knocked unconscious. This new awareness emphasizes the importance of a peer system of athletes taking care of each other, and Chris reinforces this education with already existing authoritative materials, such as the “Heads Up” toolkit for youth league coaches from the Centers for Disease Control.

“The fact that the media no longer glorifies an athlete who goes back out there with a concussion has made a huge difference,” he says. “The tough-guy mentality is no longer cool; it’s stupid … when you think about the life-long impairments that might result from a few more minutes of play.”

Research shows that contrary to popular belief, a child’s brain takes longer than an adult’s to bounce back from a concussion and is more vulnerable since it is still developing. “You can delay playing these sports without infringing on an athlete’s success,” says Chris, whose mother didn’t allow him to play football until high school. “If I had kids, I wouldn’t let them play some youth contact sports, at least not until there is a safe, responsible way to deal with concussions so they can play without the risk of destroying their future.”

Looking back at his career in football and wrestling, knowing what he knows now, Chris says he would still do it all again, but he would take the appropriate health measures post-concussion. The proper medical attention and necessary rest may have made all the difference. “People can still play these sports without ending up like me,” he says. “I think the bottom line is to understand that you only get one brain. As an athlete — no matter what pressure you face, no matter whose fault something is — only you must carry around the pain and scars for the rest of your life. You have to take ownership of your own health … and use the gifts you are given.”