Despite Symptoms of PTSD, Soldier Sees His Calling in Army 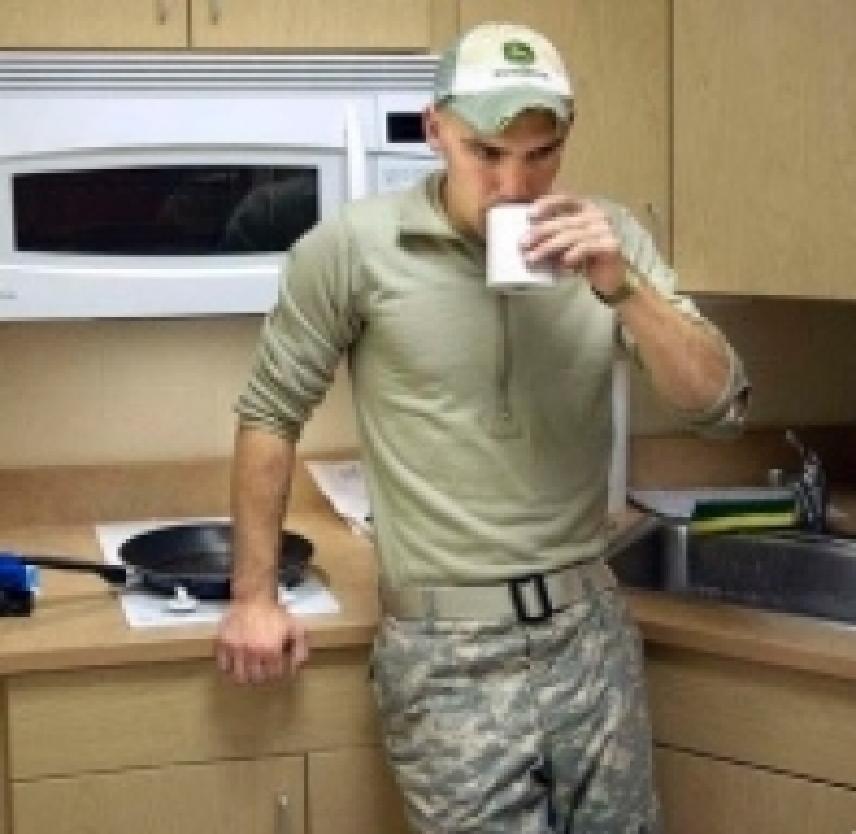 Spc. William Medlin found a sort of relief in Iraq. It was so much simpler, he said, than dealing with the complications in his other life, the one in which his marriage of three years was falling apart.

He loved the buzz of being on point, he said, driving the lead Humvee in the company commander’s security detail. And he liked garrison life. So Medlin re-enlisted, before his first tour was up and before his divorce was final, with a big $10,000 bonus and a guaranteed spot in air assault school, part of his plan to make sergeant and join Special Forces.

There was just one hitch. Medlin couldn’t sleep. He had flashbacks. He felt angry a lot of the time.

"I had severe rage issues," he said.

A sergeant told Medlin he’d better see a counselor, and off he went, somewhat grudgingly.

Medlin, 23, didn’t want to be seen as weak. He had a lot of company. More than half of male soldiers in Iraq who met screening criteria for post-traumatic stress disorder were concerned they "would be seen as weak" if they sought psychological help, according to a report by the Army Surgeon General last year. Forty percent believed that their leaders would blame them for the problem.

But before long, Medlin, now at Fort Stewart, Ga., began looking forward to his sessions.

"I noticed it was kind of helping," he said. "It was good to talk about what happened there."

A lot can happen in 14 months in Iraq. There was his friend, Pfc. Jack Sweet.

"He actually burned alive in his Humvee," Medlin said.

There was his friend, Staff Sgt. Tyler Pickett.

He was blown apart in a suicide bombing at the gate of the unit’s patrol base near Tikrit.

And there were Medlin’s repeated head injuries. Twice, his vehicle hit a roadside bomb, once briefly knocking him unconscious. And the patrol base suicide bombing gave him a concussion.

Even so, his dual diagnoses of traumatic brain injury and post-traumatic stress disorder came as a surprise, Medlin said.

The North Carolina preacher’s son had blamed his anger partly on his divorce and subsequent issues with women.

“I was not happy with the opposite sex,” he said.

As of December, an estimated 25 percent to 40 percent of the more than 1.6 million troops who had deployed to Iraq and Afghanistan were suffering from psychological and neurological injuries associated with PTSD or TBI, according to a report released in March by the National Council on Disability.

Much has been learned about PTSD in the past eight years that American troops have been at war.

“With PTSD, there are changes you can see within the brain,” said Capt. Edward Simmer, a senior director for psychological health at the Defense Centers of Excellence for Psychological Health and Traumatic Brain Injury.

Most soldiers diagnosed with PTSD don’t undergo a PET scan. But if they did, areas in their brains associated with fear and the fight-or-flight response would start lighting up, Simmer said, “as if they’re still in a very dangerous situation.”

Experts now know many of the factors that predispose troops to suffering from PTSD when they return from Iraq or Afghanistan, and pre-existing stress — over relationships or finances, for example — is one of them.

“If you go in with stress, you’re not going to do as well,” said Simmer.

It has also become clear that early intervention is essential.

“The longer you have it, the harder it is to treat,” Simmer said.

Despite Medlin’s enthusiasm for soldiering, there were numerous aspects of his deployment with the Triple Deuce that put him at greater risk for PTSD.

The deployment was long — 14 months. Studies show a direct relationship between the amount of exposure to combat stress and the likelihood of eventually developing PTSD.

It was difficult to sleep. Soldiers who report being sleep-deprived are at significant risk of developing mental health issues, according to the disability council’s report.

“We were just on patrols all the time,” Medlin said.

He saw people die in violent ways. “Malignant” types of combat exposure, such as handling human remains, appear to place troops at particular risk, according to the disability council’s report, which drew on a vast array of scientific studies.

He was injured. Soldiers who are physically injured are more likely to develop PTSD than soldiers who experienced the same event but were not hurt, the disability council’s report said.

The severity of PTSD varies, and Medlin said he believed his case has been relatively mild.

“It wasn’t like I was beating people up all the time,” he said.

He was treated for a time with an anti-depressant, which he said helped him. He’s been doing well for months now without the pills, he added.

Simmer confirmed that anti-depressants are helpful in healing the brain, while alcohol and sedatives — the drugs of choice when troops are trying to self-medicate — actually delay healing. Alcohol is harmful to brain cells and sedatives reduce brain activity.

Medlin works out hard so he can sleep, and he said he knows what to do when he feels upset.

“I calm myself down, breathe in, isolate myself for maybe an hour, go fishing a lot,” he said.

He went before a promotions board recently and expects to make sergeant soon. He hopes to go to Special Forces selection in October. He also expects to deploy again, which adds another risk factor that could worsen his PTSD symptoms.

But Medlin isn’t too worried about it.

“I don’t necessarily think it won’t happen again,” Medlin said. “I just think I’ll be able to deal with it.”