From Surviving to Thriving: The VA Team Listens and Cares

Shane McNamee, MD
Related Content:
In Their Boots,"Fractured Minds"
Beyond the Invisible: Living with Brain Injury
Far from Home, Injured Vet Is Never Alone
What Is Post-Deployment Syndrome?
Post-Deployment Syndrome Versus Multiple Syndromes
Where to Begin After Being Diagnosed with Post-Deployment Syndrome
Healing After a Military TBI: A Doctor/Patient Perspective
Re-establishing Normalcy
Coming Home: Families, Courage, and Resilience After Brain Injury
Once a Warrior, Always a Warrior
Caring for a Loved One After a Military TBI: A Wife’s Perspective
Invisible Heroes
The Invisible Wounds of War
From Surviving to Thriving: Staff Sgt. Ben Ricard USMC's Story
Binding the 'Invisible Wounds'
From Surviving to Thriving: The Rogers Family's Story

Above all else, the TBI doctors and therapists at the US Department of Veterans Affairs listen. They learn what makes each injured person — and his family — tick, so they can help put them back together and return them to a full life. "This is about getting to know the person and his family, his support team ... this is individualized care, it's not conveyor-belt care."

Shane McNamee, MD serves as chief of Physical Medicine and Rehabilitation at the Richmond VAMC and has worked extensively on the development and implementation of the Polytrauma System of Care in the Veterans Health Administration. 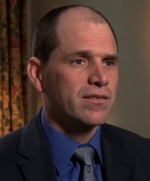 Excerpted from the United States Department of Veterans Affairs. Used with permission. www.va.gov.