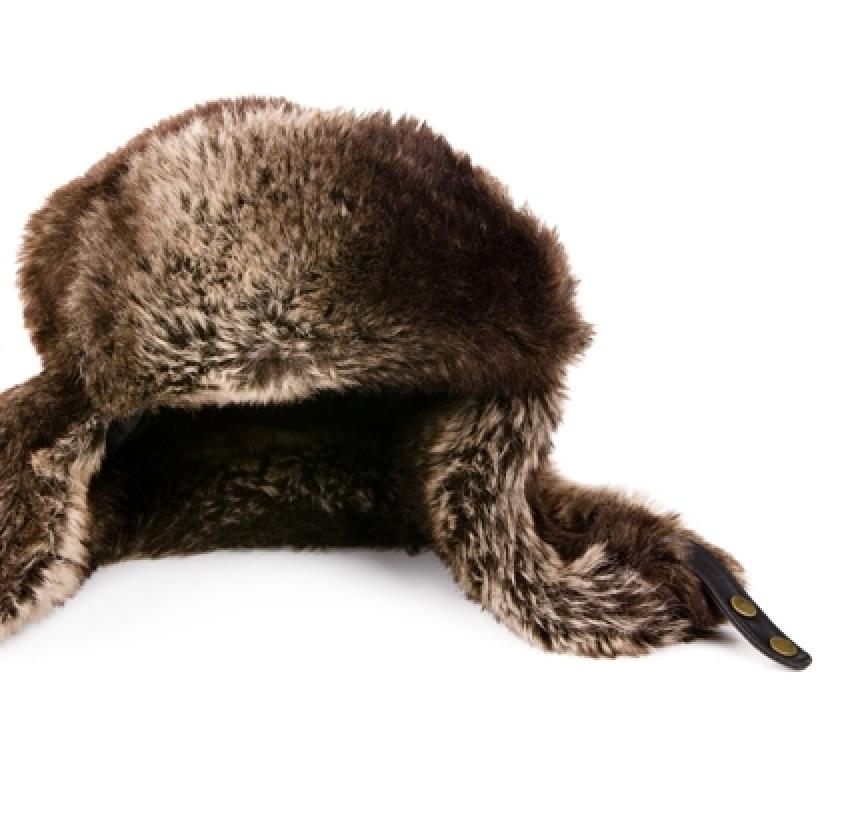 The first chill came early this year, and I was less than prepared for it. Waking up to an unexpectedly frosty morning, I frantically sorted through the tote of winter accessories to locate my son’s furry trapper hat and mittens to ensure his warmth for the trip down the driveway to meet his school bus. As I was securing the chinstrap of his hat, Ryan pulled the big furry bill over his eyes. I well remember many tugs on that bill last winter, as he attempted to remove the hat but instead caused the threads securing the bill to his forehead to break and unravel. I internally scolded myself for not mending his broken hat before packing it away for the season. There wasn’t enough time to do anything about it before school, so I sent him on his way with the furry bill hovering over his eyes and blocking his vision.

While running errands that day, I found an excellent deal on another trapper hat at a local consignment store. I smiled, believing I was being a good mom by resolving the broken hat problem. The next morning I dressed Ryan in his new hat. It fit perfectly, but I noticed that he was a bit fussy, and he attempted to remove it using his old “pull the bill” technique. I wrote off this unhappiness as his typical response to having anything on his head. The hat was secure, he was warm, and I could see his beautiful eyes gazing at me as I wheeled him down the driveway to meet the bus.

The day passed and I didn’t give another thought to the new hat until I met him at the foot of the driveway at the end of his school day. As we were getting him onto the wheelchair lift, Mary, the bus attendant, mentioned that Ryan had been very somber on the trips to and from school. She jokingly suggested that we switch back to the old hat. After I brought Ryan inside, unbundled him, and removed him from his wheelchair, I read the daily notes from school and discovered that he had experienced a rare bad day. His teacher indicated that he had been sad all day instead of his normal animated self. I started to wonder if his mood was actually linked to the hat.

The next morning I dressed him in his old broken hat. He immediately started playing with the bill and pulling it over his eyes. His primary motivation for wearing his hat was to play, and he had adapted his old hat to suit his purpose. When Ryan saw Mary, he immediately initiated his peek-a-boo ritual with her. He was all smiles and laughter as we loaded him onto the bus. As expected, he had a great day at school, completely enjoying his interactions with his teachers, aides, and peers. He came home dancing for joy in his wheelchair. It turns out that the hat wasn’t broken after all. It was exactly as it was meant to be, providing the optimal combination of warmth and play.

Life with Ryan has been full of many learning moments, and the hat story is but one of them. It is, however, the perfect metaphor for my son. Ryan’s life forever changed close to twelve years ago. Born a typical baby, he was violently shaken at nine months of age by his daycare provider and suffered a massive traumatic brain injury. His expansive medical chart documents a life of physical brokenness. Ryan has severe quadriplegia and is unable to sit, stand, crawl, or walk without intervention and support. His high tone and spasticity have severely compromised his muscle and bone growth. He has a seizure disorder and frequently experiences a variety of other neurological quirks. He has cortical vision impairment, is hypersensitive to sound, and is orally fixated. All of his food must be puréed to avoid choking, and liquids must be thickened to prevent aspiration. Cognitively, he has profound learning challenges and he is non-verbal. Ryan is not able to perform any activities of daily living without assistance. While there are aspects of his brain and body that are fully intact, there are numerous complex gaps that make understanding his potential a challenge to physicians, therapists, educators, and virtually anyone who interacts with him, even, at times, us.

His injury initially caused an emotional breakdown in our family as we dealt with the anger, grief, and loss of trust associated with being victims of a violent crime. As we were dealing with the medical questions surrounding Ryan’s life-threatening injury, we were also thrown into the midst of a criminal investigation, one in which our family interactions were scrutinized beyond measure and we were treated with rudeness and suspicion until ruled out as perpetrators of the crime. The road to healing and forgiveness was a long and difficult one, but through it all, Ryan set the tone for how our family should live. He chose to embrace life and finds delight in all of its blessings. We have followed his lead.

Ryan came close to dying from his brain injury. I fully believe that the child who eventually woke from coma was reborn. There was no road map for recovery, as brain injury is characterized by its mystery and unpredictability. His slate was wiped clean, and he was given the opportunity to completely define himself. All typical milestones were no longer applicable. There are things that Ryan will never be able to do, but by the grace of God he does not miss what he does not have. I know that he feels complete in who he is. As his personality has developed through the years, I have been frequently undone by the beauty that I have witnessed in him. He is so loving, joyful, and pure. If angels are among us, he is most definitely one. I have no doubt that God’s purpose for him is profound. Ryan has drawn people together and inspired sensitivity, understanding, kindness, and generosity. His story is an ongoing voice for awareness of child abuse. He is evidence that despite significant obstacles one can achieve the seemingly unreachable through patience and hard work. He daily spreads abundant happiness and affection to all who interact with him, and his radiant smile is completely contagious. These are just a few of his accomplishments, but they are in my opinion milestones that many of us will never achieve. He is a hero and an ongoing miracle in our midst, and I am incredibly blessed to be his mom.

Through Ryan, I have learned that brokenness is a matter of perception. It is the amazing individual who can rise above his limitations and create a reality of completeness from that which would leave most of us permanently defeated. I am not saying that life with brain injury is easy. It is not, but we are passionate and deliberate in how we live it out. My son is anything but broken. He is as unique, beautiful, and as perfect as his hat.

Jeff and Kirsten are my nephew and niece. Ryan is my nephew and I can testify as to the awfulness of Ryan's injuries and the effect on him and the family. I love them and their son Ryan. Ryan is indeed wonderful in his joyfulness. The simple pleasures of social interaction are so very special with him. He is such a joy! I so admire Jeff and Kirsten for their patience and loving attention to Ryan and his needs. They have indeed made lemonade from lemons. We pray for medical advances that will give Ryan a better recovery from his tragic injuries.
I met Jeff, Kirsten, and Ryan ( who has a contagious smile)several months ago. My grandson is a abusive head trauma survivor. Watching this family and talking with them has helped me deal with some personal issues in my journey. Thank you Kirsten for sharing this story, it is absolutely beautiful. Joan Block
Kirsten is a dear friend of mine and a true inspiration to so many people. She, Jeff and Ryan have touched so many lives with their story, their lives and their love... if you're ever having "one of those days" and feeling down or think times are tough, give Kirsten a shout, she'll not only show you what hardship and heartbreak truly is, but in the next sentence she'll have you smiling and thankful that your eyes saw another day. Great job Kirsten, we're all so very proud of you!!!
This is beautiful! We love Ryan!
I was blessed to be Ryan's teacher for 2 years and he taught me a lot, as well as his friends. His huge smile is his trademark!