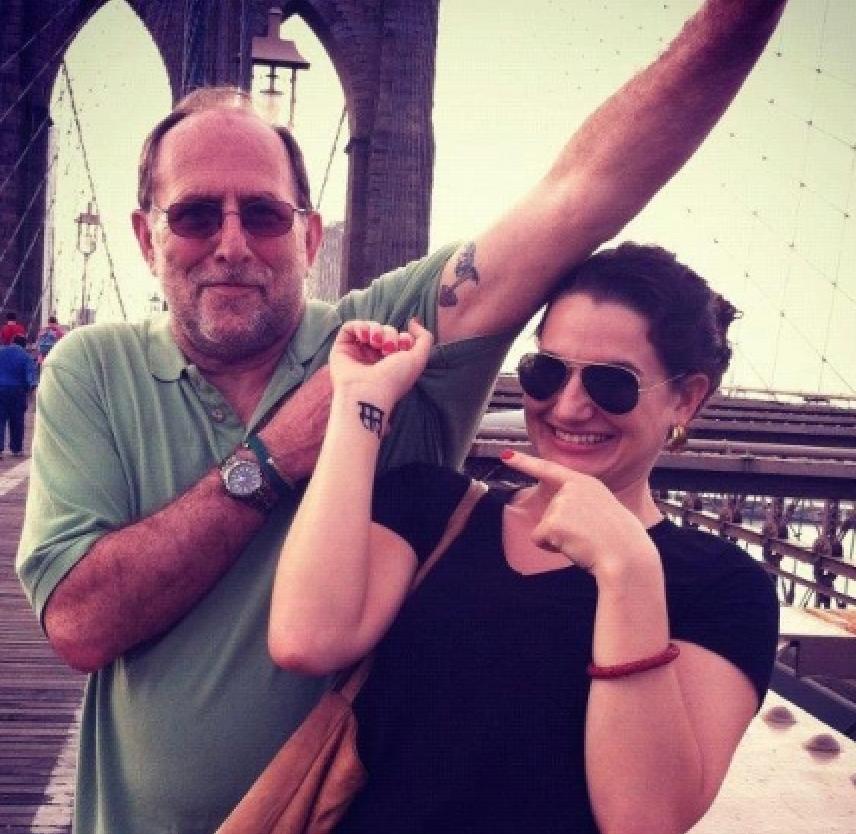 Brain injury is not an easy topic for most people. And it’s certainly not comfortable cocktail conversation — unless you’re me. I suppose seventeen years, one book, lots of yoga, and lots of writing about my father’s frontal lobe TBI will do that to a girl. Brain injury is just how it is.

“You’ve written a book, a memoir!” says a stranger. “That’s amazing! Can I buy it on Amazon?”

“Yes, well, it’s about growing up with my father’s traumatic brain injury.”

And then said stranger looks painfully sorry he asked. So I ease it over. I tell him it’s totally fine, and I’m okay to talk about it because I wrote a book about it. I tell a story or two that makes him laugh, and I explain how my book has a dual purpose: to inform and inspire the general public about brain injury and to resonate with families and friends that know exactly what I’m talking about.

It’s rare that people I meet can talk TBI like I can, so I get pretty excited when I get the head nod that says I understand brain injury.

Just recently I was at my cousin’s rehearsal dinner, which is hardly the place you yap about brain injury, unless of course you meet a lovely woman (who I’ll call Lexi) who is doing her good part to help veterans with PTSD and TBI. Wine in hand, we were on the very same page — more people need to know about the long-term affects of TBI.

“Have you heard of ambiguous loss?” Lexi asked.

“No, not exactly,” I said, a little embarrassed, because I more often than not know my TBI terms.

Ambiguous loss is a term coined by Pauline Boss author of Ambiguous Loss and other books. “It differs from ordinary loss in that there is no verification of death,” Boss states on her website. Ambiguous loss is everything my family and I have been going through, everything my book is about. It’s complicated, un-ending grief without closure. It’s the opposite of resolution. It’s missing someone like hell who’s still alive and with you.

In my case, for years it felt like my mind was being an awful tease. I lost (lost being an extremely relative term here) my father when I was fourteen. Yet his human form, looking mostly like he used to look, remained right here with us. But he sounded different. He acted different. He liked different foods and different music. He functioned entirely differently than the man I grew up with. In short, I’d been missing “Old John” like he was dead. And if missing your father, who is sitting right in front of you eating pretzels and watching Cops, doesn’t bring on an exorbitant amount of guilt, I don’t know what does. It tends to question every belief system you have.

I had always known that my mom felt it, too, but we didn’t talk about until years and years later when I was twenty-seven, slouched down on my kitchen floor complaining to her about my terribly stressful job, the men in my life, and how much I missed my father.

“I wish Dad were here to tell me what to do.” As soon as I said it, I realized how ridiculous it sounded. Wishing he were still here was something I’d been wishing silently for fifteen years, but something I never said out loud — certainly not to my mother.

“You have to let that go,” she said. “Your father’s dead. My father died when I was twenty-four, and yours died when you were fourteen. Let it go, Janna.”

I had nothing to say to her. I started uncontrollably sobbing.

“Janna, he’s gone. It’s time now for you to get over this. He’s not the same, and he’s not coming back. You have to remember everything that was good about him.”

Her words, said out loud, were suffocating, shocking. But it all made sense. They were all conclusions I’d come to on my own over the years, things that already lived inside my brain. He — that dad I grew up with, that dad I had planned on growing into a woman with — was dead. That dad was dead. And it didn’t matter how hard I believed or how many things I wished on, that man was simply not coming back.

After that night, I chose to see things differently. I felt like I could come clean. It was time to admit to this loss that my mother and I had been feeling for so long and had never talked about. I didn’t necessarily want to, but having a true understanding of the loss of my father — whether missing someone alive like they were dead sounded whacky to others or not — was the first step to my own heeling. For years, I had been stuck, either blindly hopeful or angry.

Grief is only frozen if we allow it to be. After a quick study of the Five Stages of Grief — denial, anger, bargaining, depression and acceptance — it became evident that I had been frozen somewhere between the last two. I’d done a lot of cathartic writing and a lot of yoga, which I credit with getting me through the first three. Now with this new piece of understanding, I was allowed to feel real loss. Now, I am feeling acceptance.

My grudge is gone, and the loss feels a little less ambiguous. I even treat my father differently. Something has lifted and somehow with less expectation for him to be who he used to be, he’s become a little bit more like the man we used to know.

Don’t get me wrong. There are great days of acceptance and realization, but there are awful days where it all still hurts. I just have a better idea where the hurt comes from, and I no longer feel the guilt or the confusion. The truth is simple. I had a dad. I lost a dad. I have a new dad, and I can still have a relationship with my new dad. I stopped looking back, stopped hoping for what was, and stopped seeking closure.

Tears in my eyes, thank you for helping me make some sense of my crazy life!