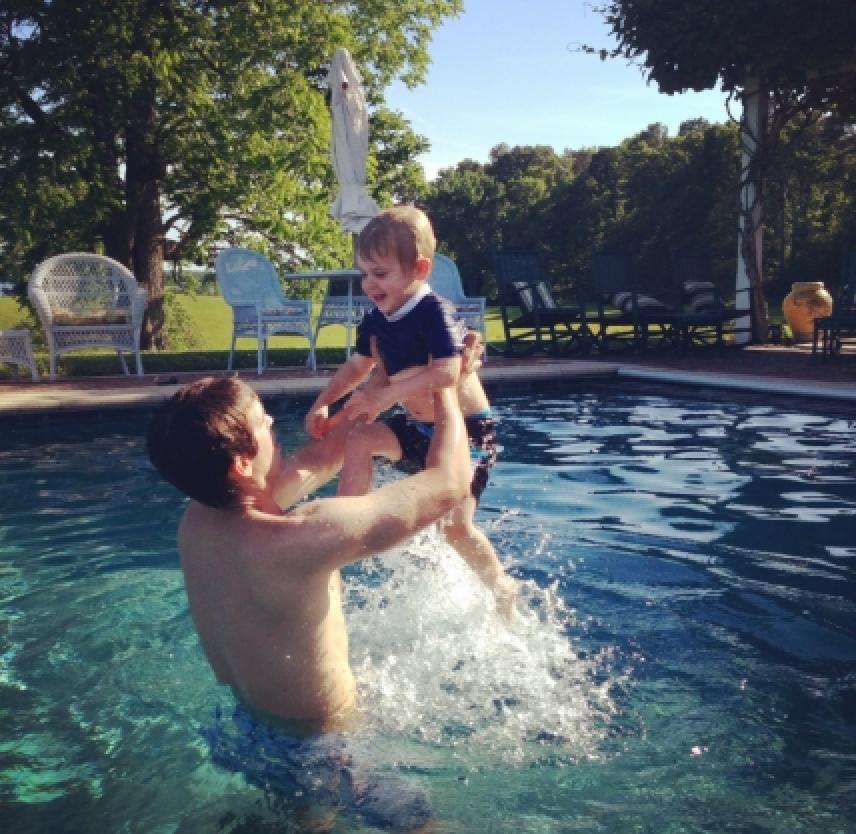 One of my favorite authors, Gretchen Rubin, once wrote, “The days are long, but the years are short.” She was writing about parenting and not traumatic brain injury, but as I reflect on this poignant quote, I realize that as a caregiver, even those seemingly endless days — the ones marked by trial, struggle, and the occasional defeat — have passed with such speed that I can hardly account for the last three years of my life.

For caregivers, traumatic brain injury has the potential to freeze time. The moment I got the call that my husband was in the hospital with a severe head injury, my body switched into full fight or flight mode. In scientific terms, this is when the sympathetic nervous system takes over, a natural response to stress that harkens back to the days of our early ancestors, who found themselves being chased by wild animals and in other truly stressful life threatening situations. When the sympathetic nervous system kicks in, adrenaline begins to rush through the bloodstream, and our concept of time can become quite distorted.

For months, perhaps even a year after TC’s injury, my mind and body operated in a nearly continuous fight or flight mode. Everything felt like an emergency, for which I was the on-edge, hyperaware ambulance driver driving to the scene. My internal clock had become stuck on August 18, 2012 and my perception of life shifted inwards. Everything became focused on me, my family, and our constant stress-inducing circumstances. And while I was cognizant that life was moving forward all around me, particularly the lives of close friends and family, I found it both difficult and painful to acknowledge. I was trapped in the bubble of my own nightmare and life had come to a grinding halt.

Traumatic events have the tendency to bring out the self-centeredness in us, which makes perfect sense because, quite frankly, we have to be self-centered in order to survive. Caregivers must be constantly vigilant of their loved one’s health and able to juggle numerous balls in the air as they attempt to keep life afloat for everyone in their care. It’s a lot to manage, and the constant demands on a caregiver often force them to be rooted in the present moment, teetering on one foot as they try to prevent the world around them from imploding.

When a wave like TBI comes crashing over your life, things cannot move forward in the traditional sense. For us, it has felt like an exhaustive hamster wheel. We’ve been constantly spinning in place just to avoid falling off completely. While TC and I have been busy trying to restore the markers of our former life (jobs, relationships, routines), the folks around us have been busy living life. Friends have gotten married, had babies (some even a second round of babies!), people have moved, gotten new jobs, and received promotions. Now, as we catch our breath and look around, one of the challenges we face is learning to embrace all this change with sincerity, not resentment. But it’s hard not to feel cheated occasionally, especially when you’ve lost something as invaluable as time.

At the beginning of this experience, I remember being warned that after awhile we would lose support and people would forget our ongoing struggle with traumatic brain injury. Fortunately, I don’t feel that prediction has come to fruition, at least not yet. What I have perceived, however, is that it’s difficult for people outside our situation to recognize that we operate on two different time scales: one that moves forward at a consistent, reliable pace and one that has morphed the last three years into the illusion of one really long, bad day. Operating in an extended period of fight or flight mode wreaks havoc on the mind and body, something I wish all outsiders could understand. Not only does it warp your sense of time, it makes you forgetful, unable to pay attention to the details of other people’s lives. The lives of my friends have gone on, but I’ve been a mostly inactive participant in all of this change. Even in situations where I’ve been physically present, my body’s default response to anxiety and stress have caused my mind to be very far away. It’s hard to explain that my new flightiness is, in fact, a direct result of that flight response, and that while I’d like to be more organized, reliable, and participatory, my mind and body are only now relearning how to behave after a very long period of heightened stress.

TC and I are never going to recoup the time we’ve lost, but I’m grateful for the moments of clarity that have reminded us to try to keep on living, even in the whirlwind of chaos and uncertainty. The trips and adventures we’ve managed to tuck in here and there are a comforting reminder that we’ve done our best to ignore the hamster wheel beneath our feet. And this is what I’d advise to any family newly dealing with a TBI: don’t forget that the clock is still ticking. Although some pieces of your life will inevitably be on hold, don’t forfeit the others along with them. Life is meant to be enjoyed, even during the darkest, seemingly hopeless phases. But we often serve as our own impediment to happiness, unwilling to embrace what’s available to us for fear that we are undeserving or unable to receive it. When you get to that particular mile marker where it’s time to slow down and take a rest, you’ll want to be able to look back and know that you allowed life to go on as best you could.

TBIs are so hard to understand and harder to explain to others. It is hard for people to understand the depth and severity of her injury and how our world has turned upside down. Our daughters injury has become our injury. The days are long but to see her laugh and smile with us is all we need to face the next day. Thank you for sharing.

Perfectly said. My husband is just about 2yrs post TBI and I completely get what you are saying.

Thank you, thank you and thank you!!!! My husband has an acquired TBI from a fall from our roof. FINALLY, I feel like I have read words to describe my feelings. I can't thank you enough!!!! God bless you!!! :-)

Thank you for all your writings

This post is so true and authentic. My daughter had a TBI when she was 3, 13 years ago.  In some ways, it feels like yesterday but in others it feels like a lifetime ago.  There are so many peaks and valleys when you are the caregiver.  You wonder, "will this ever get easier?"  Each time I have come to a good place I get knocked down by a new event.

My mom has now developed Alzheimer's or some other form of senile dementia (won't get diagnosed).  She is definitely growing down mentally.  I come here for inspiration on how to handle diminished function in a loved one.

Beautifully said. My husbands injury has become my injury. People just are not able to understand it unless they have to live it. All we can do is not give up and try...I say try to do the best we can. I've had 7 kids so I suppose I've been a caretaker for 30 plus years...now I'm my husbands. I have to continually remind myself, it could be worse. it could always be worse...with blessing, Ruth