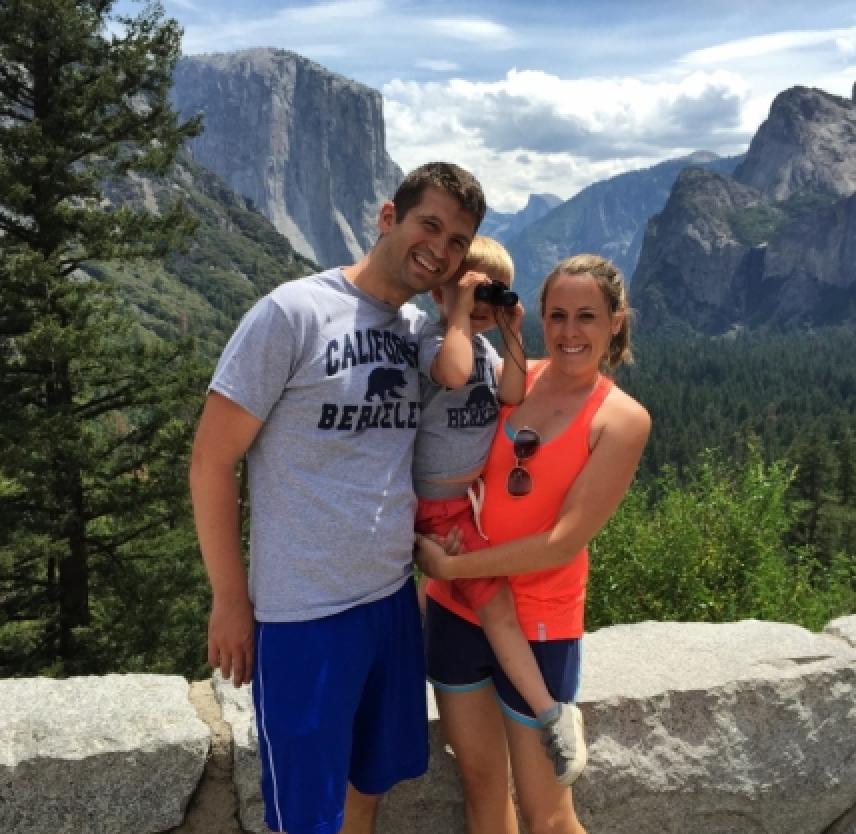 Once upon a time I believed I had total control. I was convinced that everything in life is a direct result of choices, actions, and will. I believed in this sense of self-determination so strongly it was as if I had created an invisible (and false) veil of safety, one I believed exempted me from the less than pleasant realities of life. Maybe this is how all young people think, or at the very least those lucky enough to have experienced mostly happy, privileged lives. Or maybe it’s something many people convince themselves of — a protective measure we use to guard against that nagging inner voice that reminds us the world can be a very scary, unjust place.

In either case, there was no doubt in my mind that I was at the helm of my own life, a belief that, in retrospect, made me assertive and productive, but also terribly arrogant. Like many people, I had a vision for how my family’s life would go. I believed that through a series of smart choices and a lot of hard work, we would be guaranteed the life I envisioned. In my mind, this was a foolproof plan. Not only was I confident I had 100% navigational control, I sometimes had the audacity to judge the lives of those I deemed less fortunate. Like a lot of people, I had little awareness of my ego or the sense of entitlement that shaped my interpretation of the world.

In the version of life I had scripted for myself, there was no violent crime that left my husband, TC, in a coma fighting for survival. Nor was there a radical transformation of heart and soul, forcing me to delve into a deep examination of my character and long-held dogmas. TC’s literal injury to the head was, in many ways, a figurative conk to my own. Never did I plan to be so intensely humbled by my own former perspective of the world; but in the three years since TC’s attack, I have learned a great deal, and chiefly, I have learned what any good writer knows to be true: in life, and in writing, it is essential to revise.

Our post-TBI life is a happy one because I have learned to revise what I expect from the world and the people in it. While I have struggled to process the life-changing event that caused TC’s brain injury, my greatest struggle as a caregiver and wife has been learning to adjust my expectations of my husband. Some days he looks so much like he once did that I expect his brain will behave in the same way as well. As TC would likely attest, the trouble with making a miraculous recovery like his is that the people around you come to expect constant miracles. And it’s true. The more TC’s brain began to heal, the more I came to want and expect from him, often feeling disappointed or frustrated if things didn’t pan out according to my vision. On his best days, when his language is crystal clear and our communication easy, it’s a challenge to keep my expectations in check. I’ve learned, however, that brain injury and expectations are fluid, not fixed. No two days are the same, so caregivers must revise and adjust their expectations accordingly.

As a teacher of writing, I’ve watched kids shudder and shut down during the revision process. The notion of critically stepping outside one’s comfort zone to put forth effort into trying something a new way is not an idea they immediately welcome. Revision is tough because it’s an admission of both growth and change. To try something over means accepting that your initial beliefs weren’t fully informed, and acknowledging that there are other ways of doing, thinking, and acting.

I’ve felt happiest on the days I’ve embraced this change, willing myself into a new mindset, and stepping back to examine the wholeness of our lives, instead of remaining singularly focused on the difficult thing that befell us. I accept now that there is so much more to learn in this life and that I will never acquire all the answers. I also accept that I am not owed anything from this world, but that I have been the fortunate recipient of many extraordinary blessings. And I accept, wholeheartedly, that brain injury has been an unexpected teacher in my life, flipping my previous expectations on their heads and showing me that the only certainty about the future is that it’s meant to be revised.

You write with the fluidity of someone who has sustained a TBI. Incredible how you have shifted from normalcy to a caregiver, full force, without missing a beat. Your world was rocked when husband acquired a TBI. His world was doubly rocked. With your acceptance of the situation, recovery is unlimited for husband.

Three years since TBI occurred? Thirty-five plus for me... husband's growth is unlimited. Early years are the most crucial and toughest... like a seedling sprouting into a full blown plant, the recovery follows the same growth pattern if one is committed to the process... I believe it will be... a sapling becoming a fully grown tree... in time, always in time... JR!!!

Thanks Abby, I needed to read this right about now! Similarly, I find that as my husband recovers my expectations only increase, or maybe more specifically, I revert to my pre-accident expectations, which are not actually appropriate.

Have I found my editor to a to be completed book about my own brain injury? Contact me if you are interested. g.goldsmith@comcast.net GG

This is a beautifully written account of your decision on how to handle the rest of your life after this event. I applaud you on both counts.

I love the honest perspective of this piece. So many times we think that life "owes us" what we expect from it, and then something traumatic or tragic happens and we see that we are not exempt from pain, suffering, and challenges. Readjusting our expectations and rewriting the script of what we had once planned is one of the greatest challenges that I have faced in journeying through my son's traumatic brain injury. The shift is never easy, and it often painful. But as I dig deeper and take a closer look not only at what I see in him, but so often what I see and expect from me, I am able to rework the map of what I had planned. Your story and words have helped me from the earliest days of our ordeal. Thank you for continuing to share, what is often widely misunderstood.

You are both incredible, and we're going to be here for you during any and all of your revisions, and ours! Love, Mila and Ilya

This piece expresses a maturity beyond your years, my dear. You have an abundance of grace, which will see you through the tough times and it appears, already has. Best wishes to you and your beloveds. Carolyn Egeli

Thank you for this beautiful and heart felt share from the other side of how brain Injury affects Everyone. Thank you

Amen, sister! As a parent of a severe TBI survivor, I too have learned the beautiful lesson that revision is a sure thing. Our story is much more life affirming for the edits, though. How freeing to let God be the author and finisher of our life story!