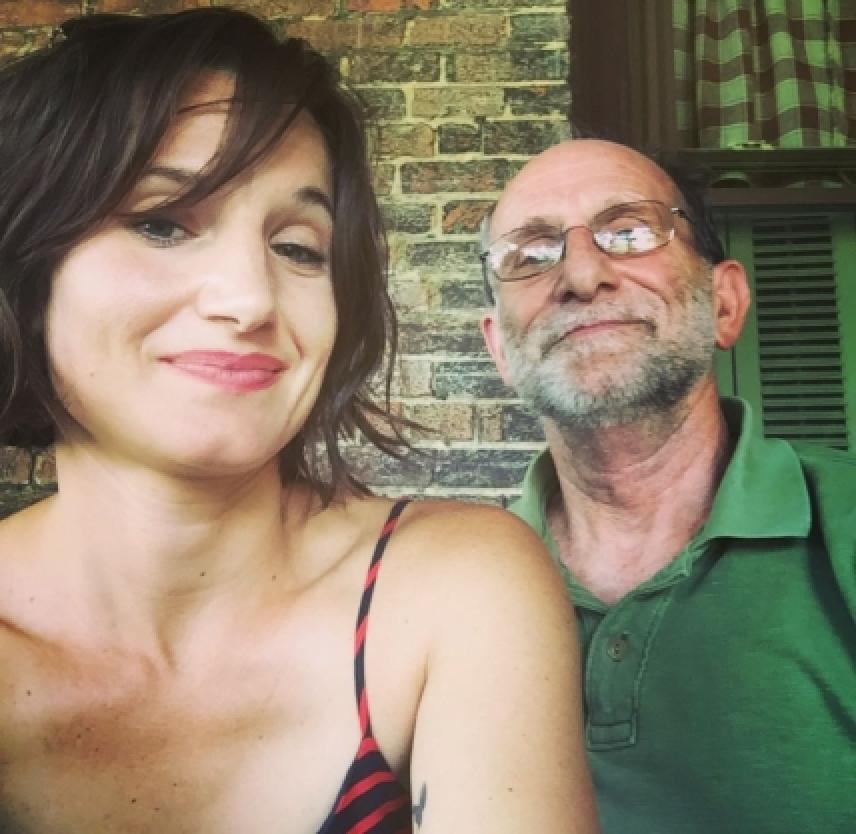 I’m glad I can still remember when my dad was invincible. It’s all I kept thinking, over and over again, as I tapped my fingernail on the cap of an Orange Crush that I would never open and never drink. The nurses had wheeled my dad out of the elevator, and in passing by the CCU waiting room, one popped her head in to invite my mom and me to come say hello.

“Hi, Dad.” I had said. His body lay in a mess of white sheets and clear tubes, looking familiarly frail. The sound of his breath came across like static. “They say you did well.” I don’t remember which one of us said that—my mother or me. These days, I finding myself morphing into her, saying what she would say in a voice that sounds like hers. I’d like to think we make a good team when it comes to this stuff. For years, 20 years this month to be exact, our stuff has been brain injury. The emotional landslides, the gut-wrenching abnormal we witness, the fears, the fights, and the fact that at the end of the day, my dad’s brain was smashed so badly that it will always be broken, and he really won’t be the same.

“This man’s body has been through a lot,” his new doctor would tell my mom a few days later in reference to his broken ribs, bent spine, warped hands, and just general trauma—the scars unseen and seen. If you’d asked me last month, I’d probably say that there wasn’t much more that this man could go through. In fact, he was coming to a place, even with his aging body, that was seemingly healthy—brain and body, and we were all feeling a little good about things, the slightest sense of ease creeping in. That is, until I found myself sitting beside my mother in one of those hard hospital chairs in a tiny room holding an Orange Crush. Just about to twist the cap, and the European doctor sitting across from us punches me in the gut with his words.

I feel it, a sensation like lead filling up my throat, one I’ve had before. I set the pop on the floor and looked at my mother. Is she crying? Is this as terrible as it sounds? Should I cry? What do we do? How did we get here? The rest of our cancer conversation with the doctor is a bit of blur. He’s short and as sweet and to the point as I suppose it gets when you have to tell a wife and a daughter that the giant mass you pulled out of the man’s lung was, in fact, malignant. He tells us that my father has half a left-lung and two hours left in post-op. My mom and I leave the hospital to get cheap Mexican food—we need fresh air. She has a glass of white wine, and I have two beers. We talk about other stuff, because talking about the what-ifs of the situation we just entered into is a slippery slope. He might be okay. That might be all there was. We’ll be okay. This is just life. “Eat your tacos,” she tells me.

That night I go home and spend the night with my mom. It feels right and sad and like I’m supporting the team that we will always be—team John. We share half a bottle of white and talk on the porch until we agree we are both too tired to catch up, share cancer stories, or contemplate the meaning of life. I realize the orange pop is still in my purse, so I stick it in the fridge before heading up to bed. It’s cancer pop now, and I’ll never drink it. I go upstairs and force myself to brush my teeth before I climb into my childhood bed—all billowy and cool. I lay on my side and stare out the window into the night. The sky is bathed in stars, and I think about when I was a kid, and my dad and I would go out in the yard behind our lake house at night. We’d stand on the hill and he’d tell me all about the stars. While our Golden Retriever ran around trying to catch bugs and moths, we’d be looking up at the sky as he pointed out planets and stars and constellations and talked about galaxies and time and space and how it was all so much more expansive than we could ever fully contemplate.

I fall asleep with tears rolling down my cheeks and the picture of a man in my head. A fit man, tanned from summer, wearing jean cut-offs, sipping a Rolling Rock, with his arm around my mother. Back when he was invincible.

Thanks for sharing Jenna. I feel like I know you, your mom and dad through your book and conferences. Lung cancer is tough. Sorry that your family has to go through this ordeal. But life marches on and no one gets a pass, not even with having already paid the astronomical price of TBI. As with all of my TBI family, you and your family are in my thoughts and prayers. Julie Ruddy