I Love the Now 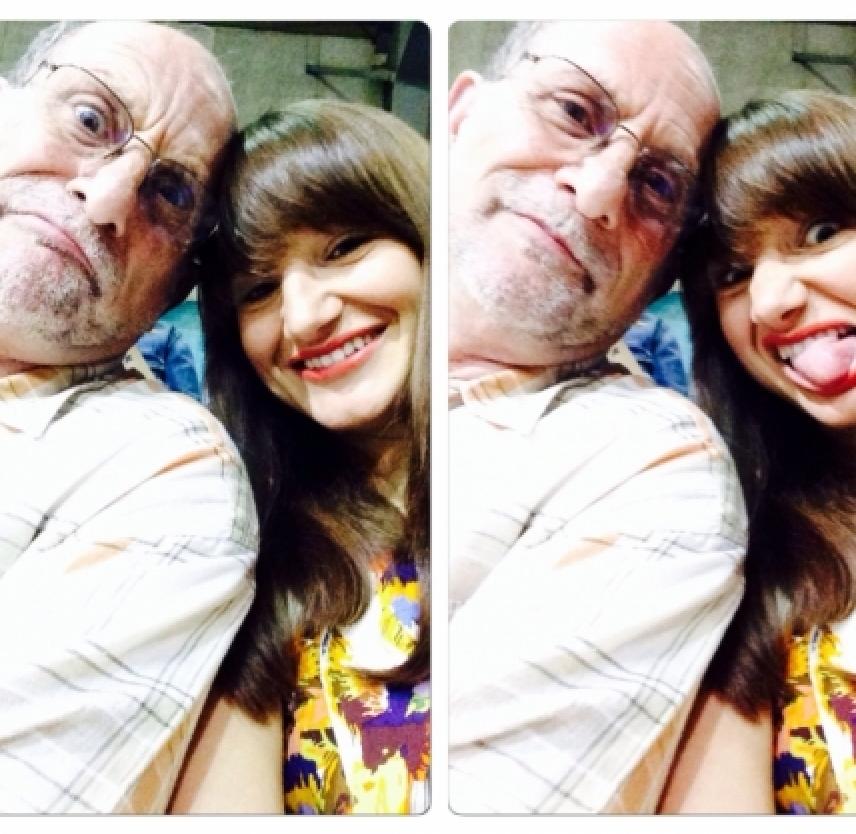 “But I like getting to know who he is now.”

It was one of those reactions you don’t expect, the kind that throws your insides for a loop. Suddenly, I was glad for the glass of red wine I was holding. I took a swig.

My boyfriend really does love my dad. They met a few months ago over dinner. It was one of those uneasy, yet inevitable circumstances where parents have to meet the important people in your life for the first time. Now, the two of them swap jokes, send each other emails, and have side conversations when “the women are talking about women things.” It’s the kind of normal I had quit imagining. So, of course, in instances such as this, I start rooting around for the abnormal — the brain injury.

There is a part of me that is so familiar with the my-parent-has-a-brain-injury struggle, which is a very particular brand of struggle, that I actually seek it out when all is going a-okay. It’s as though a small part of me is afraid to see my father without his brain injury. It’s time to stop that behavior, Janna. I can just hear my mother’s voice on this matter. Move on. Okay, I will stop seeking out the difficult. Yes, I will stop seeking out the past, the trouble, the things to worry about, and the drama I feel I must field about my dad and his brain injury. And I will openly admit that I’m rather unnerved by these pockets of un-difficult, but I will move on. I will stop making such a big deal, because it’s okay to love the man that he was before the car crash — agile, funny, compassionate, a man who taught me scads of lessons I clutch so tightly to today, and it’s okay to love the man that he is now — positive, determined, vulnerable, so proud of me and more than a little weathered.

It’s just that loving one version of him, somehow, strangely, feels like cheating on the other. I have to ask myself if I even know how to connect with both of these fathers, or if one is really that much different from the other. I am my father’s daughter after all, something that everyone from my grandmother to my dad’s best friend to my aunt will tell me. Even my mother compares my incessant need to be doing something fun to her pre-accident husband’s hyper activity. I think we call it FOMO — fear of missing out. Big deal, right? I’m a girl who grows up like her father. Well, this girl is oh so very concerned about which father she is growing up to be like. In fact, I’ve been stuck thinking I can only be like my beer-swilling, quick-witted, dog-loving, waterski-crazy dad. I have to be like that one because why mix in brain injury? It’s been 18 years of that — almost — and I’ve worked to dig myself out from under the sadness and guilt and fear. I’ve found yoga and my career and acceptance and patience and certainty in the uncertain. I have separated the brain injury from it all.

But I haven’t, because if I’m being honest, then I’m not as separated as I think I am. There were years when my father’s injury was extremely hard to live with — for my mother, for him, for me. During those years, I would think about how the alternative might have been easier for all. No one talks out loud about that thought, that unsettling, guilt-inducing what if thought. We just think it and beat ourselves up inside. I know, because I’ve talked to some of you in this TBI community. I know my father has thought it. I know my mother has thought it. I know I have. I am not proud. Just raw and honest and real. No, that’s not a cop out either.

Recent years, and things have changed, and the thought has faded to nothing. I realize this as I’m sitting on the balcony of my hotel room drinking coffee and eating a giant chocolate chip cookie provided by the hotel, which is hosting this year’s Williamsburg TBI Conference. I’ve been so busy moving my life along, switching careers, writing books, advocating, talking, and sharing, that I have not stopped to notice the changes — the good ones. I have even talked about the changes, just never let myself experience them fully. Stopping is frightening. Changes are frightening. In the last year or two, my father has changed for the better. He’s acclimating, becoming aware of his injury, and finding productive ways around his broken executive functioning. “It’s either He Never Liked Cake, Dr. Pecorelli, or yoga,” I tell people when they ask how. “It’s probably a good mix of all three.”

Although I have accepted my father’s injury and all of its difficulties, I do believe that I have not yet accepted him as a regular old dad. Instead, I’ve attached him to his injury for nearly 18 years. Initially, because it was very present; however, now unintentionally, because I’m just not ready yet to see him for the father he is when the injury is not present. Like when my parents come down to Pittsburgh and we eat meatballs and sit for hours at a table at Emporio and talk about our views on dating and marriage and my crazy generation. Or when I’m standing beside him, off to the side among the funeral flowers, both of us looking at his mom, and he tells me that it’s okay to be sad, because death is much harder on the living. Or the quiet mornings when it’s just us and coffee and the golden retriever, and he tells me he’s very happy that sidewalk guy (his nickname for the aforementioned boyfriend) can get to know him for who he is today. “I like that he can get to know me without the brain injury,” he says. “And it’s okay if you can’t do that.” Then we sip our coffee and watch the dog lie on her back with her legs in the air like an overturned beetle.

Thank you for sharing your feelings about being the daughter of a TBI dad. I pray my sons will have positive view such as yours when they grow up. It's only been
So glad there are changes for the better ...great line about feeling like "if you love one version of your dad you are cheating on the other." I imagine this is a common family feeling. Moving on is good, and the now is a great place to be. Thanks for always sharing so honestly

I hope the time will come when my family will have this viewpoint about my husband. It has only been 2 1/2 years and we are still trying to find our way through this new life! What you say is so very true. We all think about what might have happened! I still feel I must apologize for his behavior!

Thank you for your thoughts! They give me hope that normal might be in our future.

Baking my dad an egg custard pie this weekend because he used to like them before, and that made me think of your book. Once again, thanks for sharing and letting those of us who are still figuring out our relationships with brain-injured fathers hear from a kindred spirit.
you're actually being faithful to both dads. my head injury was October 11th 1978. I written a small book. Its on Amazon. It's called I didn't die because God wasn't finished with me yet. has some helps for caregivers.The right reasons to do what you do are all you need.