Is Brain Injury to Blame? 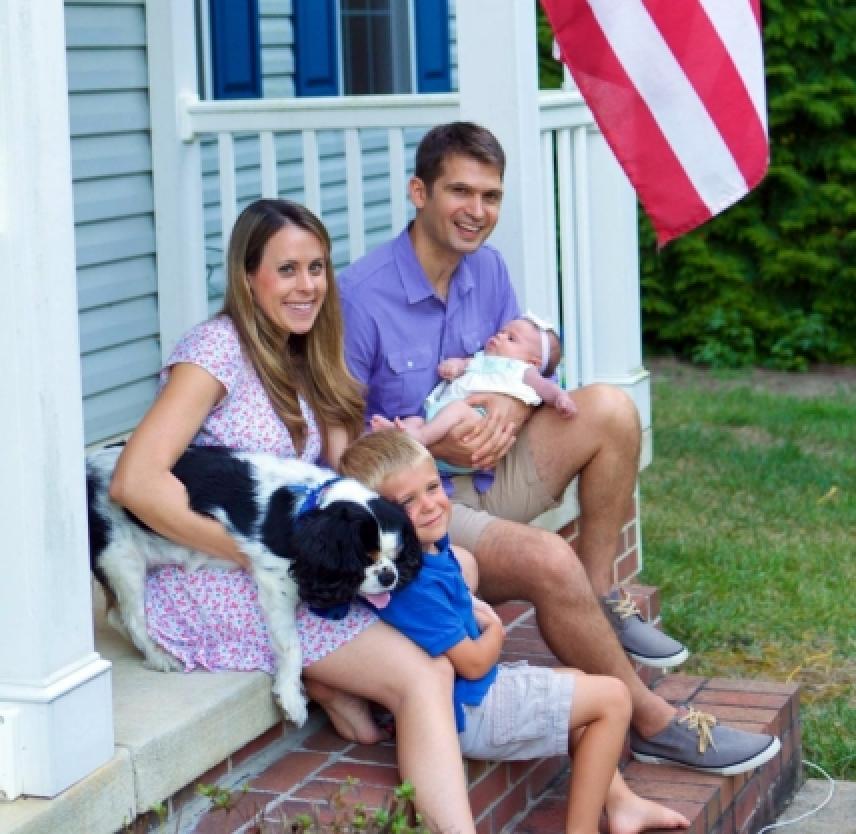 There’s a lot I didn’t notice about my husband a few years ago – the way he moves his arms when he walks or holds his razor when he shaves, the way he organizes his wallet or sorts laundry or returns voicemails. For seven years, I just wasn’t paying attention to these things. My husband was a grown man leading an independent life. There was no need to observe his every move.

Then came brain injury. And every little thing TC did or said or forgot or struggled with suddenly went under my microscope. I was a probing scientist, and he was my subject. It’s something I remember being warned of at the beginning of my journey—before I was even sure TC had a shot at recovery. A friend in the community wisely remarked, “Abby, you’ll never look at your husband the same way again.”

It took me some time to learn what she meant – that brain injury would become the lens through which I viewed everything: our circumstances, our future, myself, and especially TC. I couldn’t have known back then how difficult it would be to see beyond the injury, to the man inside. After all, how can one reasonably separate a person from his or her brain? They are one in the same – person and personality.

The other day my husband got in a small fender bender on his way to the movie theater. Fortunately, everyone involved was fine, and the car suffered only a small amount of damage. My first question to TC, of course, was “What happened?” But even as he explained the whole ordeal, the confusing turn lanes, and the apologetic other driver, I realized the details didn’t matter. From the moment I heard the words “car accident,” I had already decided he was at fault.

Anytime in the past four years that TC has forgotten a task, misread a text, gotten lost driving, or made any kind of mistake, my mind has attributed it to brain injury. There have been days during our TBI journey, I would ask myself a hundred times over whether TC’s behavior was a reflection of the real TC or the consequence of his brain injury. He couldn’t do something as simple as picking out a button-down shirt without me wondering what part of his brain was responsible for that choice. And in the process, I’ve lost sight of two really important, explanatory facts: no one is perfect and all humans make mistakes.

Even if my husband hadn’t suffered a blow to the head in 2012, it’s incredibly likely that he would’ve misread Google Maps, forgotten to pay a bill, or even gotten in the wrong turn lane while driving at some point over the course of his life. Some aspects of his behavior – like his aphasia or propensity to fatigue – are clear hallmarks of brain injury. But not everything is.

As caregivers, we have to tread very delicately in interpreting our loved one’s behavior. When our default assumption is to blame brain injury, we run the risk of creating self-doubt in the survivor. Mistrust breeds mistrust. So, if we cannot trust our loved ones to make sound decisions, how can they trust themselves?

Pointing the finger at brain injury also creates conflict and feelings of defensiveness between caregivers and survivors. No one wants to live under the microscope all the time and I know I’ve frustrated TC with my inability to give him both space and the benefit of the doubt.

It’s tricky, of course, because sometimes brain injury is to blame. And sometimes the consequences of a simple mistake are significant, such as losing one’s medicine or forgetting to turn off the gas burner. I’ve had enough conversations with other caregivers to appreciate that brain injuries run the gamut of severity and that some survivors really do need 24/7 observation.

The best I can do in my own relationship is try to remember the philosophy that also guides my teaching life: avoid snap judgments. I’ve had many experiences teaching that one kid who always breaks the rules or stirs up trouble. And just when I think I can predict that child’s next move with certainty, he or she does something that humbly forces me to revise my thinking. Teaching, like caregiving, is hard work. Sometimes we get so bogged down in the small moment-to-moment decisions, that we become blind to the big picture. Just as kids and survivors err, so do we. And the fairest, kindest thing to do sometimes is to pause, ask questions, and remember our own human fallibility too.

Abby, I swear you are in my brain! Thank you for putting into words what is on my heart every day with my husband who suffered a TBI.

My military son was diagnosed with TBI resulting from exposure to explosions and suffered for 3 years before accidently finding the right treatment. Those with on-going effects should look into the Brain Treatment Center (headquartered in Newport Beach, CA). These docs and researchers are using refined versions of EEGS and magnetic resonance treatments with results not seen elsewhere that I know of. They also treat a wide range of psychiatric/neurological conditions (addictions, chronic pain, autism, depression, anxiety...) with great improvement rates. Non-invasive, and patients often can dispense with medications afterwards. My son walked in on 13 meds, walked out with one, which is typical of his fellow warriors. They helped me with 20+ years of Chronic Fatigue and Fibromyalgia. We both have our lives back.

Hi. My husband has TBI as a result of infective endocarditis in 2011. Was my ideal man/husband/father before, I only had 7 sweet years with him. Since then it's really been a continuous struggle, he remembers things from 20+ years ago but not our wedding or birth of children. I'm so frustrated as he doesn't realise that he's different personality wise, I'd say about 60% different than before. He still thinks he can do everything he used to do & gets angry & frustrated when he can't. I understand how hard it is for him, but it's also so hard on myself & our children, we have 2 from my 1st marriage whom he always used to view as his daughters. Now he seems to hate teen with a vengeance. Our others are 11 & almost 6. Our 11 year old son remembers Dad from before & is very angry & can't accept him the way he is now. Luckily our youngest was only 2 months old when Daddy got ill, she only knows him as he is now. My health took a turn for the worse in 2013 & my mobility is not good at all, we are trying to work as a team we have said that I do the emotional & all the paperwork etc. Husband does the gardening bits & hangs out the washing. We are awaiting a carer to come in so we can have help around the house etc finally. I wish I didn't feel so selfish & responsible for his illness & injuries. I keep thinking back to that night & if there was anything I could've done differently, I keep wondering what the outcome would've been if we had been at our present GP surgery rather than our old 1. I'm ashamed to admit that our marriage is crumbling because I'm so tired of trying to deal with this all, the children are constantly upset or angry & so is husband. Ive got to the point where I feel it would be better for myself & children if husband stayed with his parents, but I know that's not fair to husband. Please accept my apology if I have upset anyone

Abby, your insight and wisdom seem to know no bounds. You and TC are two of the most fascinating people I know. I feel so lucky that Dannie and I met you in Halifax. And I'm so glad that we continue to be friends!

It's hard NOT to blame brain injury for every little mistake, especially when your significant other was close to perfection before.  He does all sorts of things now that he NEVER would have done before and yes, I blame it ALL on his brain injury.  He gets upset when he forgets things or does something wrong, he KNOWS he never used to do that before, and the only thing I can say to reassure him that he hasn't lost his mind is to remind him what he went through, how bad the injury was and all of these hiccups are a side effect to the brain injury.  The harsh reality is there simply is no other explanation for it his behavior now, period.

I am about to come up on my 5 year anniversary of my accident in 2 weeks... mine has had a substantial weight to it lately, but this article has just helped lighten the load :) thank you very much!
much <3

Such an important message. All too easy to forget the normal mistakes we make. Focusing on failures is so counterproductive. I have noticed this tendency in myself when interacting with my tbi son .

I L♡VE The Insight Here.

I had two massive strokes five years ago. This article certainly resonates. Thank you for sharing!