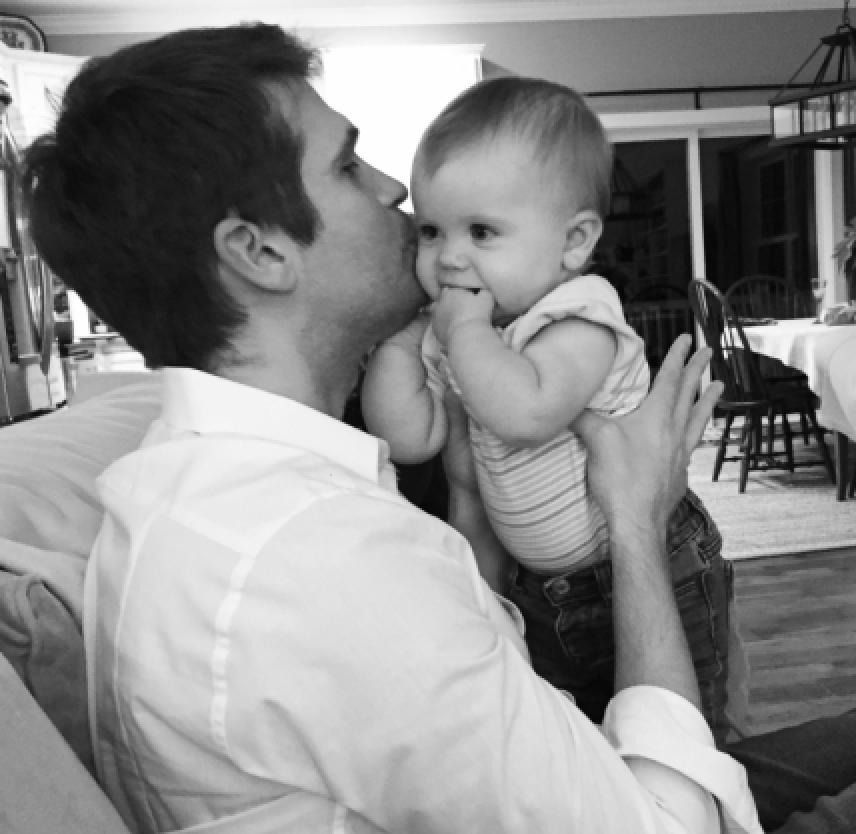 Every day of this brain injury begins with a held breath. On Saturday morning, my husband, TC, kissed our two children on the foreheads and threw his suitcase into the back of the car. He was headed to the airport for a work trip. To anyone else, this might have been an inconsequential moment – nothing outside of the norm. To me, it was extraordinary. With a belly knotted in equal parts pride and fear, I bid him goodbye and tried to think about anything else. Worrying about TC can become an around the clock job if I let it get the best of me.

Four years ago I couldn’t have imagined this moment. I was sitting at his bedside in the ICU drafting e-mail to his co-workers who I barely knew. I don’t know how to say this, I wrote, but TC was severely injured last night. He’s just come out of neurosurgery to try and save his life.

At that point in time, it was unlikely TC would ever be employed again, let alone as a consultant in the complex industry in which he had made his career. It broke my heart. Weeks and months later, as he recovered from a series of surgeries and a three-month stay in a rehabilitation hospital, he began to feel the gravity of what was at stake. Our lives had been transformed. We were both out of work. The loss of purpose and identity was crippling and heart wrenching for us all.

So he set a goal: that one day he’d return to work again. From my position, it seemed like a pipe dream, a surefire way of inviting more disappointment and sadness into our lives. But he was steadfast in his resolve, determined to tackle one tiny goal at a time. By tiny, I mean really tiny. First it was a matter of relearning the alphabet, then it was relearning how to read – a paragraph, an article, eventually a whole book. The entire process took years, but he got himself back to work, one small step at a time.

Since then I’ve been asked for the magic formula in helping other TBI survivors do the same. And, of course, there isn’t one. Miraculous good luck was probably the leading cause in TC’s success – luck that his injury occurred in the precise location of his brain that it did and luck that his ambitious personality was only marginally affected. But after luck, the next best explanation is unwavering grit. He made few excuses for himself along the way and was forced to swallow a generous slice of humble pie in allowing me to intervene with the techniques I used as a 4th grade teacher.

I never wish to glamorize the process of returning to work, nor unfairly claim credit for it. TC was at the helm for most of this journey, and overcoming the depression and challenges along the way is his triumph alone. With that said, there are a few pieces of wisdom I’ve gathered from the experience:

As we go forward on this journey, one thing we continue to think about is how to address disability in the professional workplace. Stigma around disability is very real, and the conversations we in the TBI community need to have with employers are awkward and tough. My hope is that by adding transparency to the issue, we will create a better understanding for others of what this disability is like and how brain injury survivors can continue to contribute to the workforce.

In the meantime, I’m counting down the days until TC gets home. And trying to remember to exhale a little breath of relief now and then.

The goal, that long term outlook is so very important. My son also set a goal when he was coming out of his coma (age 24): to walk down the aisle to marry his girlfriend at that time. Who soon became his fiance'. It took a lot of effort and work on his part to be able to accomplish walking, but after one full year of PT and OT, he was walking again with a walker and then eventually with a cane. Just over two years after his coma, they got married. He is continuing on with his life. And as his mom, I will always be concerned with his future, but he is trying to show me that I must also move on. So now I am also trying to move forward in figuring out the new me. Looking for a new job after 3 years, finding out my new goals. It's a challenge (at age 55) to start over.