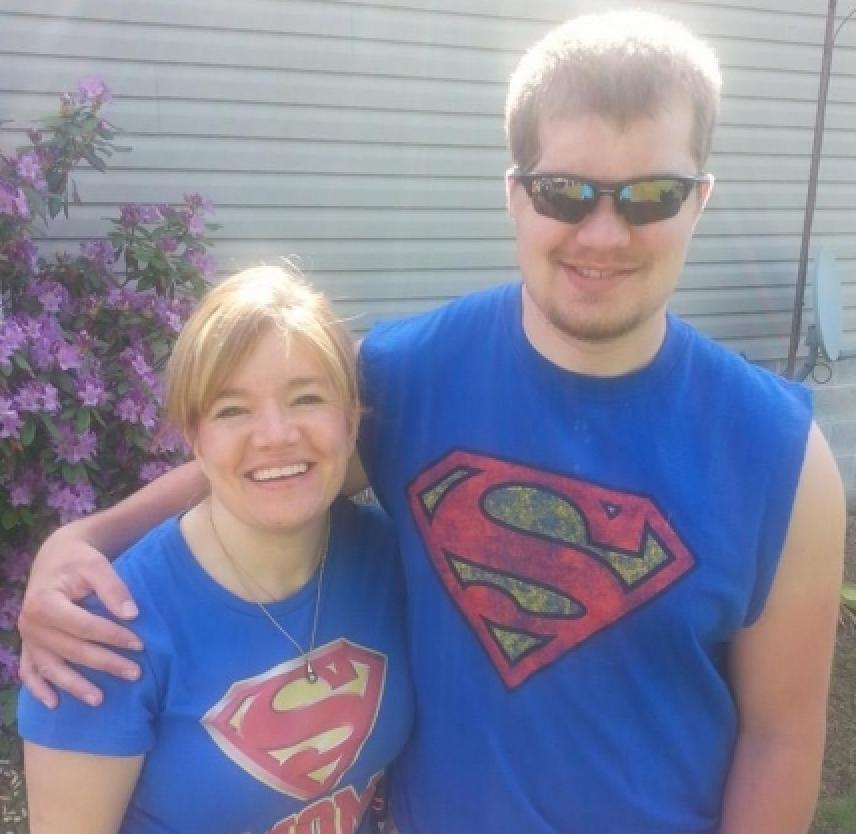 As 2016 was coming to a close, I was conscious about some decisions I wanted to make in the year ahead. At the forefront of my list was the idea that I simply wanted 2017 to feel better than 2016 had. It is difficult to quantify how that would look, but I recognized that year four of our journey with brain injury was one of the most challenging.

I recognized in the deepest part of myself that this weight we were carrying felt heavier than it previously had. The physical crises had settled, but the issues of caregiving, trying to figure out how to progress with recovery, and the stress associated with severe brain injury had reached new heights. I was physically, emotionally, and spiritually drained. I anticipated with hope what lie ahead.  Just because 2016 was hard did not mean 2017 had to be.

Three days after Christmas, my mom returned to her home. Our holiday had been quieter than most, but I was still tired from the overall busyness that came with the season. The next evening friend’s of Taylor’s invited him over. He was excited to socialize. I was excited to relax.

About an hour into the night I was asleep in my chair when Taylor’s friend’s called to let me know he was having a small seizure. I instructed them on what to do and planned for Taylor to come home once things settled.  Typically, once Taylor takes his rescue medication, all is well. Within minutes they called again, another seizure was starting. My husband and I quickly got in the car.

I sensed an urgency to the situation, and about halfway there, my cell rang again. Taylor was entering his third seizure. Despite the fact that his rescue medication had always worked, this time it wasn’t helping. I told the friends to call 911. A familiar voice spoke inside of my head, “What does this mean? Is Taylor going to be okay?”

My outward body stayed calm, but my inner chaos wanted to rise. I could not allow that.

By the time we arrived at the friend’s home, Taylor seemed to be settling down. He was unable to get up, but was able to acknowledge our presence. Seconds passed, then BAM…another seizure erupted. This one was stronger than the last, and clearly momentum was building. Sometimes seizures appear like a haunting symphony, with all parts of the body acting like different instruments in the orchestra, playing some violent piece of music you never want to hear. This episode had started slowly but was quickly escalating.

The ambulance seemed to be taking an eternity to arrive, minutes ticked by feeling like hours. Taylor continued to seize. (I later learned that the dissolvable medication we were administering could not work in this situation. It was given orally, and Taylor was unable to swallow. We’ve since changed our emergency protocol).

The EMT’s arrived, did an assessment and gave another medication through his nasal cavity. I initially requested that they drive Taylor to the hospital that was further away, due to their neurological treatment skills, but quickly realized that Taylor’s seizures had to be stopped, and he would need to go to the nearest hospital instead.

The seizures were playing a trick by slowing down, making us think they were stopping, only to return with an escalating force. After Taylor was situated onto the gurney, while being loaded into the ambulance, another spell started. His body shook with such vigor he almost fell off of the gurney onto the pavement below.

I felt like I was watching a movie. This was not Taylor, but someone else. My lack of emotion was unusual. I was frightened, but emotionally disconnected from my fear. The doors to the ambulance closed as Taylor’s body succumbed to the new intravenous medication he’d been given.

Taylor’s dad rode in the ambulance while I followed in my car, completely stunned.

Upon arrival, Keith and Taylor were taken back to a room in the emergency department, while I was instructed to wait. I sat in the cold, crowded waiting area unsure if the woman at the desk fully understood. My son was back there! I calmly approached the desk for the second time. I wanted to scream, “Let me back! Is my son alright?” But a polite voice came out, sounding like mine, “Please let me know when Taylor is settled, so I can go see him.” Our youngest son joined me in the waiting room, and I again felt the need to calm my chaos.

Taylor was sedated. The seizures stopped, and it was determined he should be transferred and admitted to the larger medical center.

What if we lose Taylor?

The complexity of the question is too hard to answer, but if you understand brain injury, you know that we have lost pieces of Taylor again and again. I really don’t want to lose anymore.

For the next two days, countless tests were run, fevers spiked, vomiting ensued, and seizures erupted. Taylor was the victim of a flu that exacerbated his epilepsy. Within 72 hours we brought him home.

I felt betrayed by the crashing of cymbals that ended 2016, but proud of the calm that stayed with me in the midst of the chaos. I’m still learning that I cannot control what happens, but I can control my response to it. And in that, I find some peace.

Days later, I finally wept and took a closer look at what had occurred. Taylor is still fragile in his recovery, and yet stronger than many can imagine.  In that analysis, I also see myself and many others who are navigating the tightrope of brain injury.