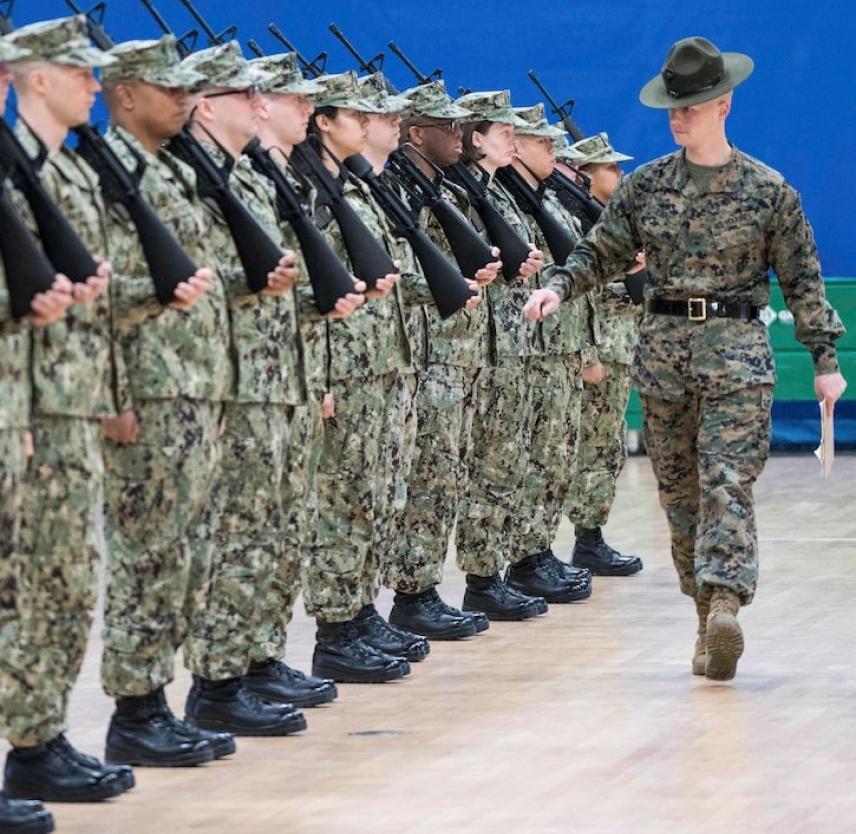 There is a way to measure just about everything in the military. The angle of a service member’s feet when standing at the position of attention. The length and type of hair, how far and fast they run, how quickly or well they perform individual tasks, or even their overall performance as a service member. This is necessary, for a number of reasons. There is an old saying that you can’t improve what you don’t measure. And these standards, these requirements, are necessary to maintain discipline and cohesion among a large fighting force; the angle of the elbow in a salute is the same whether you are at a base in Washington state or Florida.

When out of a military context, however, things are not so rigidly measured or maintained. This can cause distress for a lot of service members or veterans. Some of this has to do with predictability, some of it has to do with precision. Maybe it’s a service member who returns home on leave or even returns home to their family at the end of a duty day. Or maybe it’s a veteran who is in a work environment which may not be so precise or does not maintain such a high standard. When taking the rigid expectations from a military context to a non-military context, we experience the Unrealistic Expectations paradox.

This is the Unrealistic Expectations Paradox:

For some service members and veterans, this can be an annoyance; for others, it can cause discomfort and even distress.

In a Military Context, Service Members are Held to and Expected to Maintain High Standards…

From the moment a service member arrives at basic military training, they are provided a book of things that they are expected to maintain. They are taught to march a certain way, stand still a certain way, and even stand still in different ways depending on the words they hear. There are standards for everything…how long, how far, how fast, how precise. “Meets or exceeds standards” is a goal that many service members have. Again, this necessary for good order and discipline; without set requirements that are observed and enforced, the standard can slip.

There are different standards for different locations in the military, which goes to show that not all standards are applied equally. When I served in the 82nd Airborne Division, there was the Army standard, then there was the Division Standards. There is a document, Division Pamphlet 600-2, that is 92 pages long…it lays out the expectations on wear of the uniform, on and off-duty conduct, standards of conduct for the Charge of Quarters duty…just about anything that you need to know about the standards of conduct for the 82nd Airborne Division is in this document. After leaving the 82nd Airborne Division, I reported to Germany for my next assignment, and showed up to the first training event with a packed rucksack and full-face camouflage…and one of the other NCOs pulled me aside and said, “we don’t do that Airborne stuff here, pal. You need to tone it down a bit.” A form of unrealistic expectations even within the military.

This is likely true for all the branches of service, where some more strict standards are maintained in one location but less so in others. But the basic fact is that the expectations of conduct are present for military service members, and it becomes something they are familiar with. It’s easy, once you get the hang of it, and provides some measure of comfort with the predictability of it all.

Outside of the Military, High Standards are not Held or Maintained

This does not come as a shock to many service members, but many are unsettled by it. Some of it has to do with adapting to a new and different way to interact with the world. The problem for many is that the “rules” of non-military life don’t seem to be written down anywhere. When I retired from the Army, I had been paid on the 1st and the 15th of every month for twenty-two years; it took my wife and me several months to get used to a different pay schedule, where sometimes you got paid on this day, sometimes you got paid on that day…but we weren’t used to it, and it’s not something that anyone told you about. There are likely thousands of large and small ways that military and non-military life differ, and one of the biggest categories is predictability. You know where you stand with predictability; it’s comfortable and familiar. Anything that is unfamiliar is uncomfortable.

This can cause frustration in the service member or veteran, and if that frustration is not tolerated very well, can cause bitterness and resentment towards others who are not maintaining a standard. Service members are expected to maintain punctuality and economy of effort …do things fast, correct, and on time… and so can get frustrated when the customer in front of them is having a friendly chat with the check-out person, and the check-out person is being slow and less than methodical in their actions. This can even lead to the “us vs. them” mentality that some veterans have, looking down on those who haven’t served with disdain or even contempt. For some, the word “civilian” has such a negative connotation that it could almost be a curse.

In order to reduce the discomfort and frustration that is generated with the unrealistic expectations paradox, service members and veterans need to develop a form of cognitive flexibility. The concept of cognitive flexibility is considered one of the core cognitive functions of the human brain and is the ability to reconfigure one’s mind from one type of task to another. On a day-to-day scale, this is related to multi-tasking, ever-increasing in this digital age; but on a behavioral and personality scale, it is the ability to adapt to different environments. Service members do it all the time…listen to a group of Infantry service members in the squad bay, and listen to that same group when they’re out in public or in front of high-ranking officers, and you will probably (hopefully) hear them talking about different things and in different ways. Even within the service, when going from duty location to duty location (as I learned when not everyone does “that Airborne stuff), there is a need for flexibility over rigidity.

When someone leaves the military context, however, the need for flexibility is even greater. The need to understand that not everyone does, or even wants to, adhere to a certain standard of conduct. The need to be able to apply realistic expectations to different environments and even to different individuals within the environment. Over my years out of the service, I have described it as “being much more zen” about things…letting them happen as they happen, and not wanting things to be different than how they are. When I find myself saying that something “should” be this way or that way, I recognize that I’m rejecting reality for my own internal standards.

Learning to let go of these unrealistic expectations can lead to much more satisfaction in post-military life.