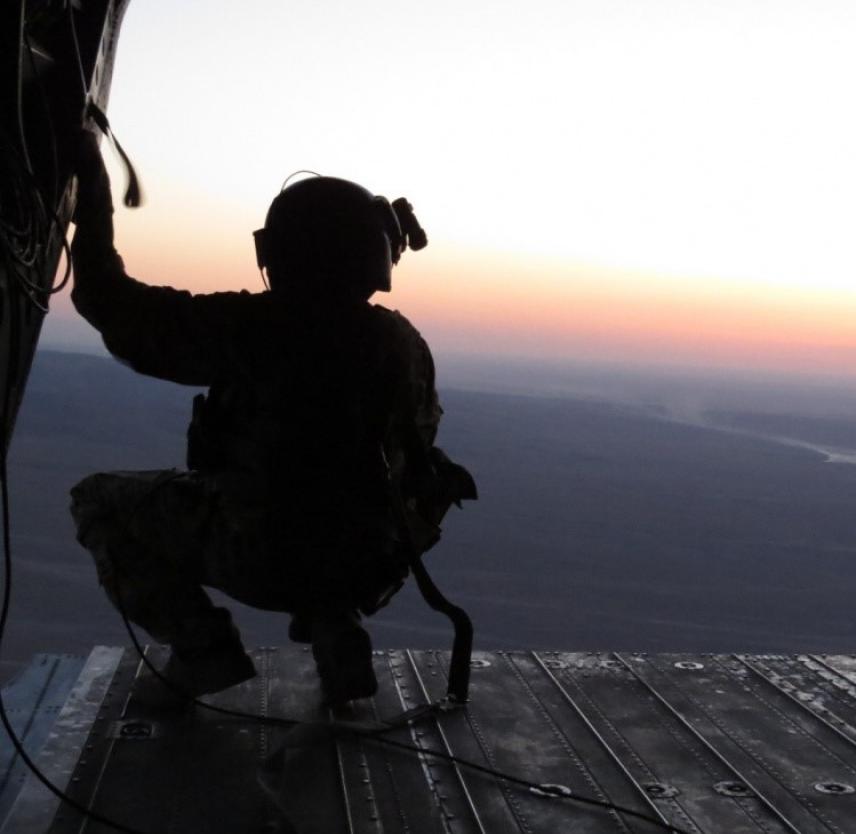 It’s common knowledge that we often don’t appreciate what we have until we no longer have it. This is true with safety, relationships, freedoms, employment, any wide number of things that we enjoy on a daily basis. The old cliche of “you don’t know how good you have it” is really true; without the perspective of not having it, we don’t know how good we do have it.

This is especially true for service members and veterans; military is one of sacrifice. Not of some unendurable sacrifice, although it can be at times; but just the act of joining the military requires a transition away from what is familiar. Removed from family and friends, stationed in new and interesting (and not-so-interesting) places. Physical hardship…again, on the whole, not extreme physical hardship, but physical hardship nonetheless. And so, for those who are serving or have served, there is a measure of valuing what is important in life.

At the same time, however, assimilation into military life can cause military folks to think and act in different ways. Many service members after leaving combat, or veterans after leaving the military, experience frustration at really small things, even while appreciating the small things.

This is a core concept of the Small Things Paradox:

Veterans have learned to value the important things in life, yet have difficulty letting go of the small things

Veterans Have Learned to Value the Important Things in Life…

One of the things that I have often heard from combat veteran clients in therapy is that they recognize that they’re living on borrowed time. This could be because they were truly wounded or injured, or because they experienced near-death experiences. The idea of “I could have died” or even “I should have died” is a common one…and so they recognize that life is something that has value and they learn to appreciate it more. This is not limited to just veterans, of course; research on near-death experiences indicates the aftereffects of increased spirituality, concern for others, and appreciation for life. Being faced with our own mortality often brings us closer to the fact that we do enjoy things in our lives.

On a less existential level, there are hundreds of large and small things that service members do without that they learn to appreciate when they have them again. For some reason, for me, it was Slurpees…they didn’t have Slurpees in Iraq or Afghanistan, and I found that I would buy a Slurpee in a snowstorm when I got back, just because I could. Whether it is a home-cooked meal (no offense, dining facility brothers and sisters) or some simple peace and quiet, service members and veterans learned to appreciate what they didn’t have when they were in the military or overseas. Even while we were in the military, we learned how to appreciate things, like sunsets and rainbows and the intense beauty of some of the places we were sent…if only because they stood out in stark contrast with what was going on in our lives.

…Yet Have Difficulty Letting Go of Small Things

At the same time, however, we can get caught up on really small things that are not important. When someone joins the military, they don’t just undergo a physical transformation; they undergo a cognitive and emotional transformation. They go from an individualistic culture to a collectivistic culture, and unquestioning adherence to orders, rules, and regulations. The mission-focused mindset is a problem-solving mindset, whether the problem is how to scale a wall or redeploy a brigade from overseas. This requires a shift in priorities in life, making some things more important and other things less important. When leaving the military, however, things that are less important may take on greater importance.

This is similar to the adaptability paradox, where service members and veterans are comfortable with change on a large scale but don’t do very well with change on a small scale. But when transitioning from the military can cause someone frustration if others don’t live up to their expectations; someone not showing up on time for a meeting, or if the person is moving too slow at the check-out line. These things are not huge on the grand scale of things, but somehow veterans lose their emotional control when they experience them. They are annoying, sure…but they are also small things.

So the small things in life are magnified to greater importance…the good small things, like warm socks or a dog wagging its tail when they see us, but also the bad small things, like the person going into the store in front of us letting the door close in our face. The appreciation and annoyance of these small things are amplified in a significant way, and since the world is filled more with annoyances than pleasant things, service members and veterans find themselves more annoyed than pleased.

It’s not fun to walk around pissed off all the time. Trust me, I know…I’ve tried it, as have thousands of other veterans who are annoyed at the slightest thing. And sometimes things happen that do anger us appropriately;  anger is a response to something that we believe to be true being violated. And there are very important things that are wrong…discrimination, sexual assault, lack of accountability…that we should be rightfully angry about. But getting as angry at the person driving slow in the fast lane as we get about these things is not helpful, or even understandable.

Changing the way we think is a critical part of learning how to enjoy the good small things while letting go of the annoying small things. Not everything is a battle, nor does every problem have the same gravity as scaling that wall or redeploying that battalion. Learning how to let the small things go is a much more pleasant way to live.