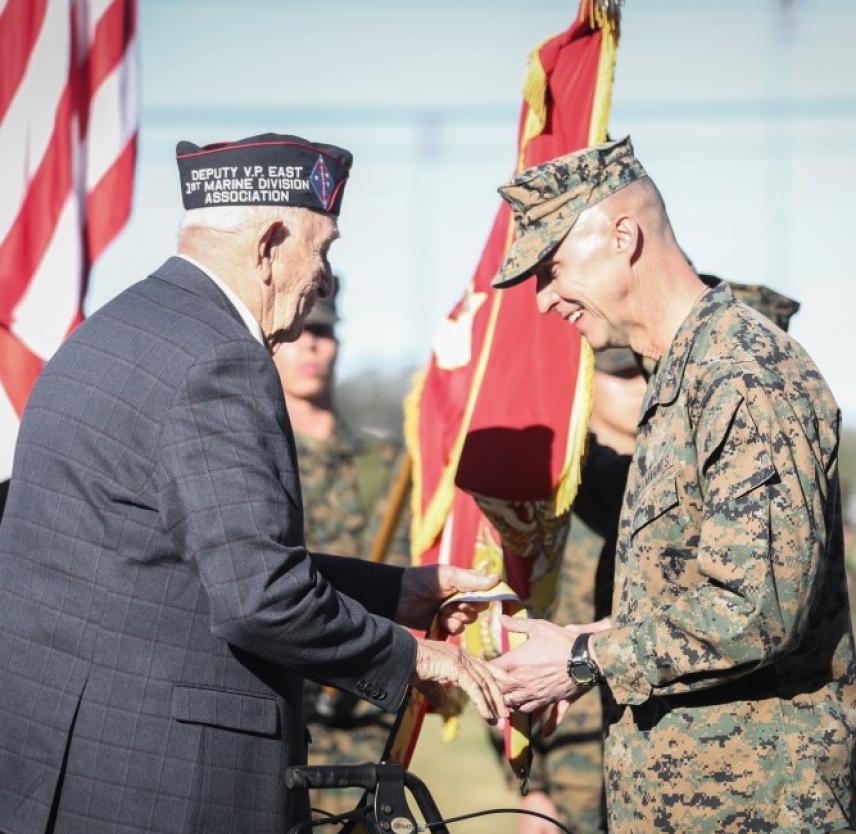 When I arrived at the 82nd Airborne Division in 1997, one of the things that we were required to do within a week of getting to the unit was to tour the 82nd Airborne Division Museum. This is an impressive display of the history of one of the most storied units in the United States Army; from the formation of the division in World War I, becoming the first Airborne unit in 1942, and the achievements of the division spanning fifty years. The goal of the trip to the museum was to remind everyone who was coming to the unit that they were part of a lineage of greatness that stretched back to before they were born.

The sense of pride that comes with serving in a particular unit, or even a particular branch, is one of the unique characteristics of military service. While in the service, it reminds us of a standard that we must uphold, a collective honor that we must carry forward and pass on to others. At the same time, however, we all know that we were small cogs in a very big machine.

This is the Heritage Paradox:

Veterans are proud of the heritage of military service that they belong to, yet know that they are a very small part of that history

This paradox brings a mix of pride and disappointment that can cause some veterans to struggle in post-military life.

Unit pride is a key component to cohesiveness in the military. This pride is exhibited at the lowest level…my squad or team is better than that squad or team…all the way up to the branch level. Sit in any waiting room at a VA clinic and you will soon hear the gentle (and not so gentle) ribbing of one service to another. The Marines are “crayon eaters” and who look down on the “Chair Force,” for example. Regardless of one’s actual duty in the military, being associated with a branch or particular unit is a source of satisfaction for many veterans. A veteran who served in Vietnam with the 25th Infantry Division will naturally gravitate towards a Post-9/11 veteran who is wearing a 25th ID pin on their lapel.

This is critical for building resilience and cohesion in order to accomplish a unit’s mission. This review of psychological resilience in the military identifies a positive command climate that promotes pride and unity as a component of individual resilience. The camaraderie that many veterans feel like they miss was generated in the military by the feeling of being a part of something that is larger than yourself, and much of that larger something was based on the events that occurred in the past. This summary of the comments of focus groups of veterans discussing military culture identifies pride as one of the core military values that they possessed.

The other part of the heritage paradox is the realization that any individual service member or veteran is a very small part of the organization that they cling to with so much pride. I spent three years in the 82nd Airborne Division…I served during a relatively minuscule part of it’s 100-year history, and it was a fraction of my own overall military service. When I finally retired from the military in 2014, I drove through Fort Carson on August 2nd, my first day as a civilian in nearly a quarter of a century, and wouldn’t you know it? They were still holding formation. The flag still went up in the morning and down at night…the Army literally kept rolling along. I don’t say that because I feel like there is something special about me, that I am indispensable in some way; exactly the opposite in fact. I knew then that I was replaceable, just as I had stepped into the role of someone who was there before me.

This can be challenging for many veterans to experience when they leave the military. Using terms like “thrown away” or “expendable” shrinks much of that pride that veterans experience. Along with no longer being “part of the team,” the veteran strongly feels the loss of camaraderie that was so critical to their identity as a service member. On the one hand, everyone who serves knows that they are a very small part of a giant organization that existed before they came along and is going to be there after they leave; on the other hand, that separation can be significant for many. For some, there is a feeling of “unfinished business” that keeps them from moving on. For others, the way that they left the service, if it was before they wanted to, causes frustration, anger, and depression.

In talking about the frustration that many service members feel when they leave the military related to this paradox, I often remind my clients that, while they may have been small cogs in a big machine, they were very important cogs in that machine. Regardless of where they feel like they stand in the larger history of their unit or their branch of service, they were very important to their unit during their time in the military. We discuss those who they mentored, or who mentored them; other individuals whose lives they impacted. For combat veterans, those who they served with in combat and who are alive today because of their actions, or, if they lost fellow unit members in combat, how they are alive to carry on their legacy and ensure that their sacrifice was not in vain.

Words have power, and the words we use to describe ourselves make us feel a certain way. If we describe ourselves as trash, we’re going to feel anger at being separated from the military because we’re going to be seen as thrown away. Words like disposable, replaceable, insignificant…while true in the literal sense of the words, they are also wrong in the sense that we were not disposable, replaceable, or insignificant to those who served with us.

Resolving the heritage paradox can help service members come to terms with the fact that their military service is over. One of the things I worked on for myself is telling myself that my war is over. The war is not over…there were troops in Iraq and Afghanistan before I got there, and there are troops in both of those locations as I write this…but my part in the war is over. I played my part, to the best of my ability, and did all that I could to help those around me do the same. Be proud of the service, and your part in it, without the disappointment of feeling insignificant…because you aren’t.