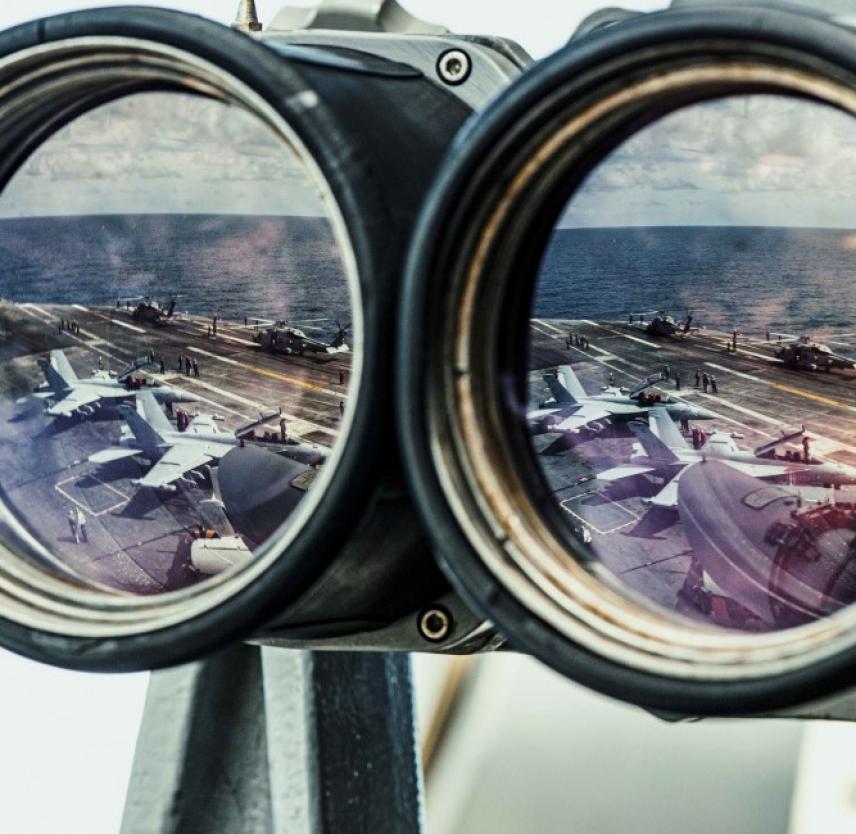 For many people, looking back on things that we did at different points in our lives can cause discomfort. Behavior that seemed appropriate at the time…music we listened to as a pre-teen, the way we dressed or did our hair in high school…can make us cringe when we look at it from the perspective of today. Or thinking about watching a sci-fi or fantasy movie from 1983 from the perspective of special effects of today…they were mind-blowing then, but kind of a joke now.

This can happen for those who served in the military, especially if that service included combat deployments. Often, when looking back on behavior that was correct and appropriate while deployed can be viewed as shameful when viewed from a different perspective.

This is the Perspective Paradox:

Actions That Were Not Questionable or Seemed Inappropriate from One Perspective…

They say that hindsight is always 20-20…that we understand the ramifications of our behavior only from the perspective of looking back on that behavior. Jumping out of airplanes eighteen times in six months seemed like a really fun thing to do, and I don’t regret it…but at my next duty station, I did end up on crutches for six months because of the stress fractures that developed in my legs. And it’s not a lesson that we learn later in life, probably; my last duty station was also an airborne assignment, and I got hurt on a jump in 2012…and deployed on that injury AND jumped out of an airplane twice more while still injured.

In the military, we physically punish our bodies for a number of different reasons. Because we are told to, because we want to be strong, to accomplish the mission…but we end up paying for that behavior in the future. However, it’s not just the physical choices we make, but also the behavioral and psychological choices we make. When a service member is in combat, decisions have to be made. Life and death decisions; should we start a movement now or later. Take this route or that route? Fire a shot or not fire a shot?

In combat, a service member has to overcome some natural tendencies. Basic and advanced military training can help to overcome them, but coming from a "civilized" world, aggressive and violent action is not a way of life. Growing up, we are taught to behave, to get along with each other, to not “be mean.” In the military, and especially in combat, we realize we need to do the opposite, and that’s okay because everyone around us is doing the same thing. The environment, and even basic survival, demands that we act in a certain way.

…Are Viewed with Shame or Disdain When Viewed from Another Perspective

When service members are no longer in that environment, however, they look back on the behavior that they engaged in. They start to judge themselves from a perspective of that “civilized society” and realize that what they did was "wrong." This is a core aspect of moral injury…that someone realizes that they have violated their core beliefs about what is right and wrong, acceptable and unacceptable. That the feelings that they have towards actions that they took may be seen as “wrong.”

I hear this often from clients I work with. They haven’t talked about their combat experiences with anyone for a very long time. It’s not something that we talk about in public, or even in private, for fear that people don’t understand. As they describe the situation, there is an emotion that comes with it; sometimes anger, sometimes fear, but just as often it is excitement. Nostalgia. Then there is a quick realization of horror, the judgment of themselves… "how can I be excited about this thing that I did?" This is part of the violence of action paradox… emotions that are appropriate in one environment are not appropriate in another environment.

Sometimes, veterans realize that they can’t share these things with their loved ones. The only perspective that their family and friends have is the current one, the perspective of the “civilized society.” They do not share the perspective of the combat environment, and it’s hard to explain if you weren’t there. The veteran themselves may feel ashamed of their actions in combat, but also not ashamed…ashamed because of the negative judgment that they feel that they may receive, but also not ashamed because they know the actions take in combat were correct.

Resolving the Perspective Paradox requires us to understand that we were operating in different environments at different times. Just like we cringe at our high school yearbook photo, sometimes we are ashamed at how we conducted ourselves in combat situations. This negative self-judgment can be a huge blow to our self-esteem and can impact our relationships with others. We avoid others because we feel like they would judge us, then we get angry that they would judge us, then we are avoiding them because we are angry at them for something that they haven’t done…it’s a rabbit hole that too many of us fall down.

Again, I want to reiterate that wrong is wrong; there is no “environmental influence” that can explain war crimes or exceptionally egregious behavior. There is a difference between violating our own closely held beliefs (moral injury) and actually violating the rights of others (illegal activity). My Lai and Abu Ghraib were just plain wrong…more than wrong, they were criminal. And no amount of social consciousness now can explain acts that were wrong in the past…wrong is wrong.

That being said, we should all have the hope that the people around us are striving to be better people. It is possible to understand that we did something wrong, admit it, and commit to doing better in the future. People can change, we can learn from our mistakes…but we have to want to.