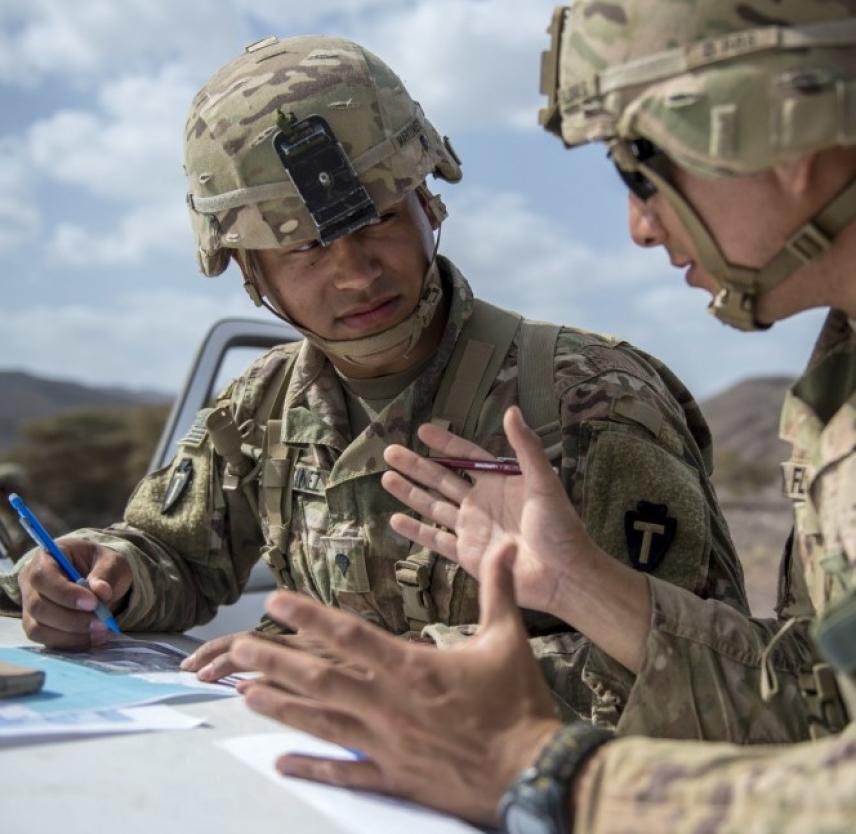 Many veterans find it difficult to transition from a highly interconnected collectivist culture to a highly dispersed and somewhat individualistic culture. Part of the challenge is the veteran’s reliance on what makes the military so effective: everyone has a job to do and does that job in support of someone else. Service members can achieve a level of accomplishment and mastery over a wide range of practical skills and theoretical skills, but then leave the military and find that there are other skills that they did not develop.

This is the Mastery Paradox:

Veterans were able to master complex and important tasks while in the military, but sometimes struggle with seemingly simple tasks outside the military

The mastery paradox is even more challenging because veterans don’t realize that they didn’t need to develop other skills until it’s too late. It’s not something they teach us while we’re in the military…because everyone around us is still in the military, and as such has not yet realized the importance of resolving the mastery paradox.

The military is a highly efficient, well-coordinated organization. There is a role for everyone to play, and if they don’t play that role particularly well, there is someone else who can (and usually does) pick up the slack. When I was in Afghanistan, I didn’t have to wonder where my food and water came from; those needs were provided by others, just like others didn’t need to provide security escort for supply convoys. That was our job, and we did our best to do it well. The military does a great job at meeting the needs of service members, and those needs are usually met by other service members.

This is related to Maslow’s Hierarchy of Needs; each individual has a series of needs that must be met in order for them to achieve a level of personal mastery and attainment. The two lowest levels of Maslow’s Hierarchy are physiological needs and safety needs; these are basic elements needed to sustain human life. The military does a great job at meeting these needs for the service member; from the moment I stepped onto by basic training base, the Army ensured that I was clothed, housed, and fed. The Army also does a good job at helping to address the higher needs as well, such as belonging needs, and even self-esteem needs, such as achievement and mastery. Because the basic needs are met, the conditions are set for the service member to develop skills to meet the needs of the organization.

…But Sometimes Struggle with Seemingly Simple Tasks Outside the Military

Then the service member leaves the military and realizes that there are some common tasks outside the military that are not well developed. When I retired in 2014, I had my first post-military job interview; the last job interview I had before that was at a local pizza place when I was nineteen years old. My wife and I had difficulty for several months adjusting to getting paid every two weeks versus the first and the fifteenth of every month…a subtle change, maybe, but an important one. Things like that aren’t discussed when we are in the military.

The Mastery Paradox goes beyond common transition challenges, however. At a reunion retreat, a former Marine Force Recon member said, “I used to brief three-star generals on battlefield intelligence…and now, outside of the Marines, I struggle to figure out a rental contract.” When a service member operates at the highest level of skill that they can do… flying aircraft, coordinating complex international logistical movements, managing personnel actions for thousands of soldiers… and then find that they struggle in seemingly simple tasks like navigating a housing market or even making new friends outside of the military, it can be very challenging.

Meeting the higher needs of Maslow’s Hierarchy are dependent upon meeting the lower needs, but once those needs are met, many veterans struggle with meeting the higher needs. We hear the stories so often they’re cliche; the squad leader who was responsible for the lives of dozens of soldiers and hundreds of thousands of dollars of equipment in Afghanistan struggles when they find work at a sawmill sweeping up the dust. The company commander who was entrusted with extremely complex missions finds working in a bank less than satisfying. These struggles are related to achievement and can cause previously confident individuals to struggle with their self-esteem.

Maslow’s Hierarchy of Needs gives us an understanding of what needs must be met in order to be successful; it does not tell us how to meet those needs. That’s the challenge with the Mastery Paradox…service members and veterans are able to meet these needs within the mutually supportive environment of the military. The Army’s motto in the 1980s was literally, “Be All That You Can Be,” which is an Army way of describing self-actualization. Understanding that we must learn how to meet old needs in new ways is a critical task in transitioning from the military to post-military life.

Like all other types of change, the first step is awareness. Service members need to realize that a) they may not have the skills or resources to meet these needs, and b) they must actively develop those skills or seek those resources. There also needs to be a measure of radical acceptance that this is the nature of things. Getting frustrated or depressed because things “shouldn’t be this way” doesn’t solve the problem…we still have to develop mastery in new situations. And finally, veterans need to take action based on their awareness…once we realize we’re stuck, we have to take action to become un-stuck.

The thing is, veterans may have to re-develop some skills to achieve mastery, but there is a quicker ramp to mastery than those who may not have served. Sure, a veteran may start out in the call center or as an individual contributor of a large organization…but eight months later, when the people that were hired with them are still in the call center, the veteran’s work ethic and initiative have been recognized and they are likely in a position of greater responsibility.

Overcoming the Mastery Paradox isn’t easy, but it is possible. And the flexibility to achieve mastery in different ways in different systems is always going to be a valuable skill to have.