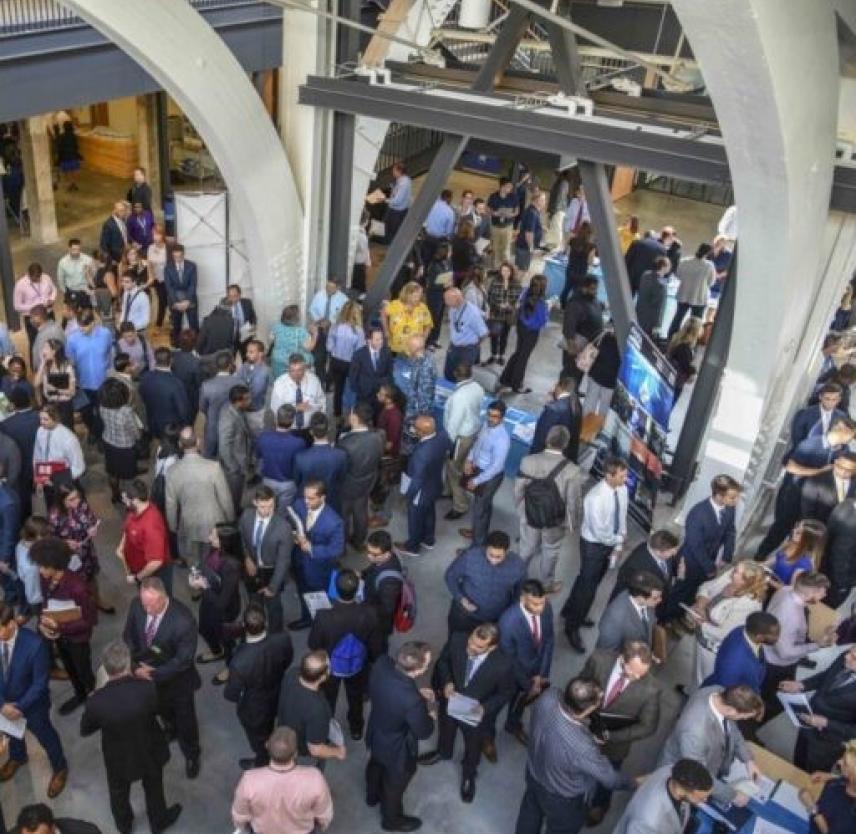 Transitions in life can be difficult. Leaving home for the first time, entering the workforce, changing jobs or careers; any time large changes happen in our life, there is a level of discomfort and unfamiliarity. This is especially true for military service members; transitioning out of the military and into post-military life can be difficult, as many are aware. Learning new ways to meet old needs, trying to get used to a different way of life, these can be challenging. One of the skills that veterans are often told that they need to develop is something that they shy away from… networking.

The problem is, veterans don’t seem to understand that some of the skills that they developed in the military are easily transferrable. Networking seems overwhelming and daunting…but from the first week in basic training, service members started to learn how to build relationships to get mutual needs met. Networking, so often avoided in post-military life, is a key component to military service.

This is the Networking Paradox:

While in the military, service members were adept at leveraging their wider network for support, but struggle with “networking” outside of the military

While In The Military, Service Members Were Adept at Leveraging their Network...

One of the first rules that I learned when I was in the military: don’t piss off the cooks, the supply clerks, or the folks who handled your pay or your mail. I say this jokingly, but it’s also an important rule that many service members know. Learning how to build and develop strong relationships happens at the individual service member level and at the leader level. Sometimes, it’s a matter of task splitting; as a platoon sergeant, I had a guy who handled all of our communications equipment. They had a strong relationship with the folks who handled our radios. We had another who managed all of our heavy weapons maintenance and another who was our point person for vehicle maintenance…when I needed to find out what was going on with a particular piece of equipment, I sent the person who knew the people who could get us answers.

Other times, it’s a matter of being in the same career field or on the same base for a long time, and knowing people who were positively inclined to us. You might have had someone in a unit down the street that you used to serve with, who just happened to know someone that could get you something that you need. This is not to say that things are particularly illegal or wrong…but building solid, quality relationships with others who you could support and who could support you made life in the military a whole lot easier.

…But Struggle with Networking Out of the Military

When a service member leaves the military, however, it seems like all of these relationship-building skills go out the window. Perhaps it’s because the people we’re networking with are unfamiliar to us; in the military, familiarity came before asking. We didn’t go up to the parts clerk and say, “Hey, I’m Sergeant So-and-So, do you have this part that I need?” It didn’t work, because there was no connection. But with networking, we think we need to go up to a stranger and say, “Hey, I’m So-and-So, do you have a job that I need?” We feel like we need to hand out business cards like candy in order to get our needs met.

Another reason why there may be a struggle with networking is that, in the military, everyone kind of understood the rules; outside the military, service members want to follow rules that they think are there. If there is a particular job that has been posted, and a veteran has built a relationship with someone in the leadership of the organization, there is sometimes a hesitation to reach out. They don’t want to do something “improper” or “wrong.” The thing is, others who have that relationship with the leadership are reaching out to them. So sometimes veterans are at a disadvantage by not leveraging relationships that exist because others are doing so.

Overcoming the networking paradox is one of the most important things that a veteran has to do after leaving the service. Whether we are going into the job market, higher education, or going into business for ourselves, learning how to reach out and build new relationships with people is critical to getting our needs met. Not understanding what classes you need to take to get that degree you want? Build a relationship with someone in the registrar’s office or your academic advisor. Looking to get into a new career field? Engage in strategic volunteerism… start volunteering with a group that is doing something in the field you want to go into. First, you’ll find out if this is something you really want to do, and second, you will start to get to know people and let them get to know you.

You can also ease into networking by leveraging the network that you have already built. This literally happened to me less than twenty-four hours before ai write this; in meeting someone for the first time, they mentioned that their brother being stationed in the area a couple of different times. After a bit more discussion, it turns out that his brother had been my Battalion Commander during my Iraq deployment! There was instant mutual respect because we happened to know the same people. Again, finding common ground with someone…whether it is a mutual connection, a mutual interest, or a mutual need…is a great way to get into the swing of networking.

Most importantly, from my point of view, is leveraging a core need for many veterans: to be of service to someone else. Often, the distaste of networking comes from veterans needing something, rather than being able to provide something. Being able to help others, to serve, is a core need for many service members, and networking can help meet that need. In order to effectively network, veterans can get started first by being of service to others…to give before asking to receive. To build value in the eyes of others by being of value to them first.

Networking is not about taking, it’s about giving…and that’s one thing that veterans are good at doing.