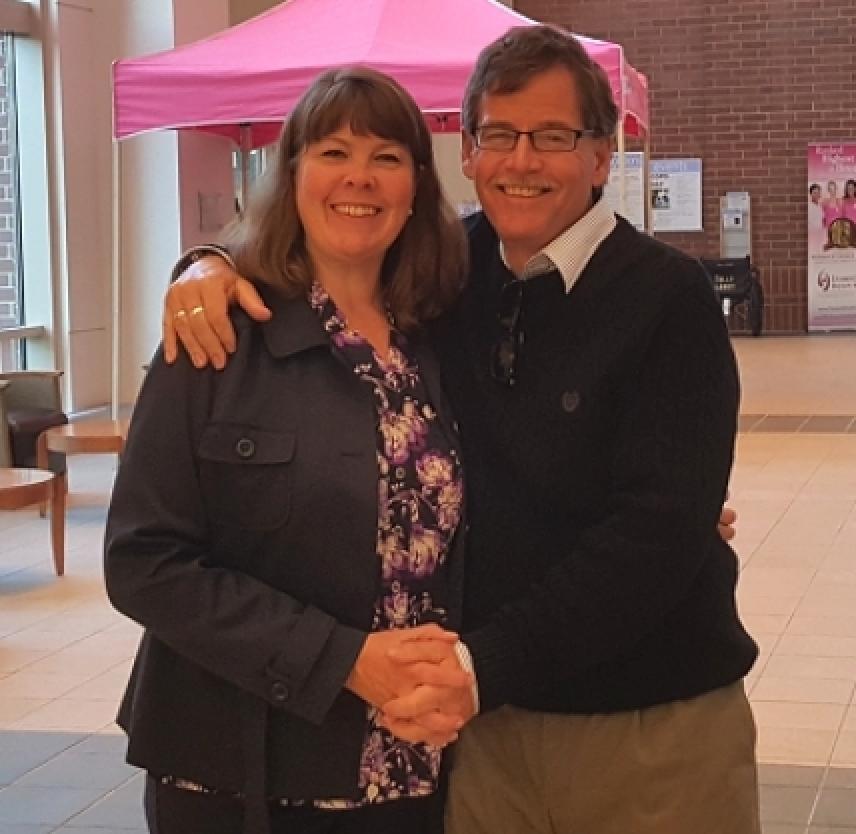 As time passes since that fated day back in 2010, I have gained something not possible early on. Slow-by-inch, I am gaining a new perspective on my life.

I am now in year six as a brain injury survivor. That alone is a source of great joy.

Early on, during the first couple of years after my cycling accident, life was unbearable. I’m not talking about unbearable in a typical, non-TBI sense. “Unbearable” in life before brain injury might have meant simply having a bad day.

But unbearable after a brain injury, well, that is an entirely different story. Unbearable meant that thoughts of suicide crept in almost daily. Unbearable meant that I knew and understood that everyone in my family was suffering – and there wasn’t a damned thing I could do about it. Unbearable was knowing that my wife Sarah was struggling more than she ever let on. And though I could watch her struggles, I was powerless over them.

And the worst cut of all: Unbearable meant that I was destined to suffer for the rest of my life.

There was so much emotional pain and hardship early on. There was no ability to gain real perspective, the type of perspective that would let me know that I could indeed have a meaningful life after brain injury.

“TBI Old Timers” told me to hold on for the ride of my life. “It will get easier,” I was told by countless and mostly forgotten souls during those early years.

Looking back now in the rearview mirror of my life, I can begin to see that I was in pure survival mode for a few years. Frankly, there were many days where just making it to the end of the day with a heartbeat was a huge victory.

I was treading water with my very life at stake. When you tread water, you don’t make any meaningful forward progress, you are simply struggling to keep from sinking into a dark abyss.

Over the last few months, as my five-year anniversary passed, I felt an internal change. No longer was I simply trying to keep my head above TBI water. A new passion started to stir inside of me – a passion for getting well. And somewhere, without me even realizing it, I made a quiet, soul-level decision to take my recovery to the next level.

This past year, my ability to read returned to me. For over four years after my brain injury, I had completely lost the ability to read anything longer than a news blurb. This may sound odd coming from a writer, but it isn’t. Writing is a forward-looking activity always focusing on the next word, the next thought, the next point that I am trying to convey. Reading is more of a “backward looking” process that requires remembering plotlines and characters. With no meaningful memory comes no meaningful reading.

Currently, on my digital bookshelf is a title that is already changing all I thought I knew about brain injury recovery. In The Brain that Changes Itself, Dr. Norman Doidge uses example after example of individuals who have exceeded medical expectations through very specific exercises that help damaged brains to remap. This is a bit of a refreshing spin on neuroplasticity. The take-away is that by aggressively learning new skills, I am pushing my recovery further than I thought possible. Am I excited? More than most will ever know.

Daily I still cycle for roughly ninety minutes. I’ve been doing that for many years. A healthy body speeds brain injury recovery. I have recently added time every day for a PC-based brain workout. I’m back to journaling again after a many year’s long hiatus. If you promise not to laugh, I’ll share something else I’m taking a crack at. Every day, I spend a few minutes learning to juggle. My hope is to master this fun task within a couple of months. And while this may seem like something fun to do at a party, it forces my brain to learn new tasks, to remap and rewire itself.

I have no expectations to return to my pre-accident self. Today that is perfectly fine. But I owe it to myself, and to those closest to me to continue to work on getting as well as I can.

All this represents a rather dramatic shift in my mindset as I have moved from passively recovering to aggressively chasing activities that will move me forward along this new path that I am walking.

And if I happen to learn a skill that can keep some entertained, then why not continue to push myself?

Well put,  my tbi was 3 years ago.  I really understand/agree with your description of the initial time after your injury.  I ride my bicycles in summer and ski in the winter.  Life is worth living again!

Excellent. Juggling is great for the brain, I was a very very good juggler before my injury, took me 5 years but at this time I'm a pretty good juggler. Don't know if I'll never get back to my "good" skill, but trying is still fun.

My struggles with reading and writing have not been verbally described until now; thank you. Every time I want to express my self through writing; a simple thought, a desired idea turns into an hour or more ordeal trying to locate those  primary descriptors that tell the story I hold in my mind.

So happy you had the moment of clarity that changed everything. So many will never have that though I think our stories still mean everything to their caregivers. Blessings to you as you continue to recover.

Thank you for this. I will be sharing this with my husband--TBI survivor since 2009.

Wow, thank you for putting in words what its been like for me also. I am a 4.5 year brain injury survivor. The perspective was spot on.

I have ABI from a stroke in 2012. I hope I will be able to read someday. I can write but I believe you just explained this too me through your writing!!! Thank you.

That is wonderful news. My son was hit while taking a walk and suffered a TBI. That was Oct 2011. Your story gives even more hope.  Thank you so much for taking the time to write the story and thank you for the inspiration.

Amen. I also was injured in 2010. Life changes in an instant. You have put in words my experience. Thank you.