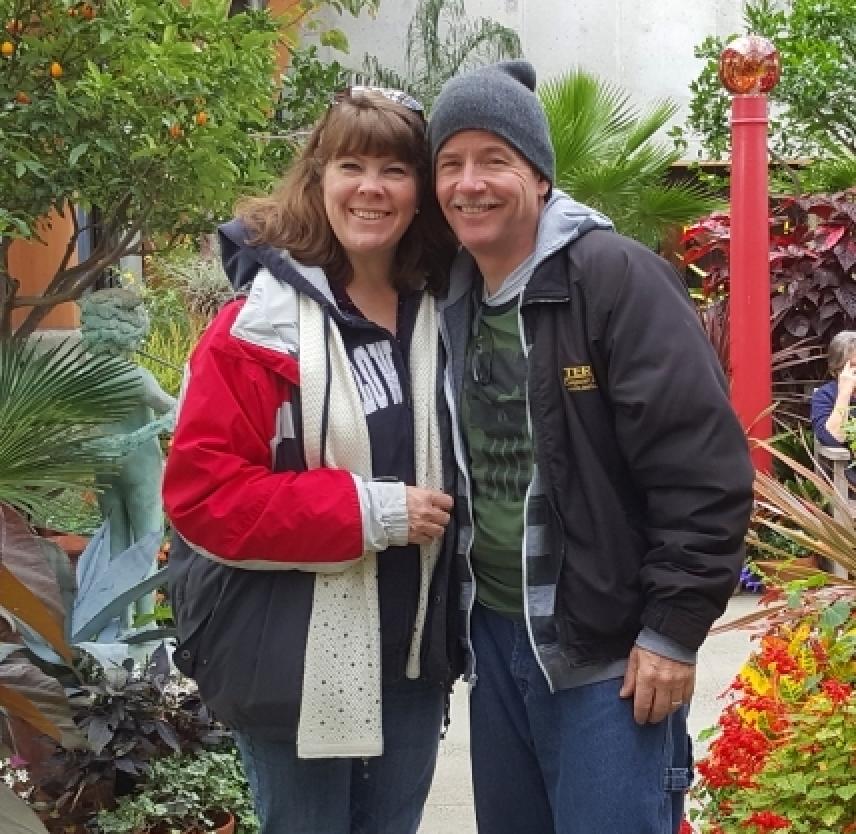 Several years ago I made the decision to live a life of almost complete transparency. In the five years that have passed since my accident, I’ve found that the more open I am about the struggles that I face and about the challenges that define this “new normal” that I live today, the more I can help others who share my fate.

Over the years, I’ve both written as well as spoken about a wide range of issues that we as survivors and survivor families face.

Writing about contemplating suicide during that abysmally tough first couple of years? Not off limits.

How about intimacy issues when brain injury strikes? Been there, done that, and blogged about it as well. Why not? If it affected me, it most likely affected you.

Families virtually fractured after brain injury strikes? Yes, we can add this to the growing roster of topics you might have seen me write about.

And for the first time ever, I decided that a topic was too raw, too real, and too emotional to even consider writing about.

Like so many others who share my fate, social circles got quite a bit smaller after my brain injury. A rather drastic personality change does tend to make folks a bit uneasy. Add to this the fact that near death reminds people of their own mortality and it should have come as no surprise when the Friends and Family Bus pulled out of my life.

I had read about the human exodus that occurs after brain injury strikes. In a moment of naiveté, I thought I was exempt. I had solid relationships with close friends and strong family ties.

So, David, how’d that one work out for you?

My oldest son got married last month. While a source of joy to many close to him, it seems that he ran out of ink before he got to my invitation. In fact, it’s been over four years since I’ve even heard his voice. Just after my first year accident anniversary, he took his seat on the Friends and Family bus and rode out of my life.

I have lived in constant torment for years, with self-doubt reigning supreme. My accident erased most of the year 2011 from my memory. Did I say something harmful or harsh during the time that I was struggling with disinhibition? Was he uncomfortable with the personality change? Perhaps the unkindest cut of all – perhaps he believed the rumor that “Dad is faking all this brain injury stuff.”

In my life one day, fade to black the next. No explanation, just gone.

If he looked in the rearview mirror of his bus as it left the station, he would have seen my face, bathed in the red taillights, with a look of complete and utter bewilderment.

In the years since, he’s found love, and now his love is his wife.

I hold no anger, no resentment, and not even any bitterness. But sadness? Yeah, like nothing I’ve ever experienced. It was a one-two punch as his wedding was just a few days before my five-year accident anniversary.

Spiraling downward into an emotional abyss that I’ve not experienced since TBI Year One, it became clear that I needed to take action or perish. I doubled up on my efforts to help others. More emails were sent to others who share my fate. I threw myself more into the type of writing that has been shown to help others, and I held on to my seat.

None of this brings him back, but constantly thinking about how I can help others takes the sting out just a bit.

Through it all, I still have hope. We’ve all heard the saying, “Where there’s life, there’s hope.”

And to my son, if fate ever directs you to these words, please know that I wish you and your new wife a lifetime of happiness.

We three cousins joined at the hip almost inseparable until a tragic accident took one of us with TBI. He wants nothing to do with us and it's heartbreaking....for all of us. As a family member I've stuck around, but I'm kind of in the background. He remembers some of what we "use to be" and I think that's why we're not wanted because he's not that person and can't do a lot of those things anymore. We're fine with that and change. It's taken 12 years for him to sit and have dinner with me! :) I asked his advice on building a deck and he lit up like a 60 watt LED light! Now, I think he's realizing that not all people see him the way he thinks they do. He's started opening up and coming out of his shell a little bit more. Some people it makes uneasy, I don't care! I'm glad to see him moving forward instead of sitting still and shutting everyone out. I'll make a fool of myself with him if it's what it takes to make him keep moving forward. His BTW were very extensive. (3 years at Baylor Hospital) Your stories are inspiring and motivating. Sometimes we need that in site we don't always know about. Thank you!

Oh this story resonates so much! Since my motorcycle accident 2 1/2 years ago life is not the same with a TBI. Who am I now? Who was I before TBI? People who I thought were family/friends in the true meaning are not. I may look  fine physically but my brain is mush. Daily tasks, thinking correctly, and five different jobs in the past 1 1/2 years is not normal. Hey family/friends stay with brothers and sisters with TBI and other hardships. Life is short stay with us on the bus.

After this blog, I feel a bit 'guilty' for not having suffered any more after my 2010 stroke.  I read early on that most folks having a stroke B4 age 65 die w/i 5 years; I determined early on not to be one of the dearly departed.  As of Jan 2016, I'm  a 6-year survivor.

I can read, write, walk; still can't lift my left arm overhead; still hopeful of a full recovery.  Thanks much for the book reference.  I downloaded the pdf; will peruse to see those exercises and pick ones to help me improve further.

I too have misplaced family & friends; however, one care giver stuck like glue and a couple long-distance friends plus my only kid hung in there.  I'll pray your son returns (not too PC these days; but I believe prayer changes things--hope this doesn't offend you).

I'm sorry for your pain. It's a very hard path.

You have me with your candor. All of it, true, ringing about as painfully true as the Salvation Army bell standing in the way of me getting my eggs during this holiday season.

your blog is relevant and powerful! I especially was moved by how people disappeared from your life and it made me feel better knowing that I am not alone in experiencing the mass exodus of family and friends from my life. BUT it makes me think that we need to get our stories out there and be as visible as AIDS and breast cancer.

What can I say except you are a remarkable human being. You speak from the heart and my heart breaks for you. Brain injury changes so much, I am still de asked by my sons after 17 years. God bless you.

I'm happy you wrote this, you are not alone! So many feel this way. We make new friends & we make new family. I figure most people do not know what you are going through and your spouse .

wow, this is so powerful! I also had a stroke and find blogging about it so therapeutic. I pray one day your son will find his way back to you, so dont give up hope.

It is my son who had his accident in 2012. Bilateral frontal . He was taken home and put to bed and had been in a coma two days when his roommate called so the damage had increased to the point craniotomy was not enough. They had to remove part of his right frontal and temporal. Add to this my sisters husband had a TBI and later stroke and has vascular dementia. I have emerged myself in helping in others. Lost my brother to a suicide after his mind started having troubles he fell from a 40 foot tree and later we think started having early dementia. I have seen the bus leave but by trying to advocate I have a new short yellow bus of people in the same boat and their caregivers who did not take the long bus have been what keeps me going. My son has Asognocia from his TBI which makes it so much harder.

Thank you to all of you that share the (true) stories of the heart. It seems we often have to pretend that everything is alright when it isn't. We pretend for others. You have chosen to be raw, to be vulnerable. My email is islandfirewalker@aol.com

I would love to friendship you and to send you a book that I have written about suicide and how tragic events can shape our lives. Please send me an address and I will mail to you. It is in the sharing that often we find a path to begin again. It is in the knowing that there is someone else out (there) who truly understands what it is like for ones world to so drastically change. It is the Christmas Season...it is the time of the (heart)....Again thank you for sharing.

Thanks for writing this article.

Hi I had a stroke in 2010 and since everything has fallen apart in way and improved in other ways. I too like u considered suicide and my circle has shrunk dramatically like I'm in d way r I slow things down for dem so I can so relate

I understand. As the caretaker/wife of TBI survivor we too have lost friends and family. Being on both sides of the fence I also understand the ones that left. It is so hard to watch a loved one change, be in pain, just not who we knew. But I vowed to get to know my "new" husband. After years of marriage and love, sometime I don't like him, sometimes I love him more. It's a completely new complicated. I want to thank you for writing this and letting us know we are not alone. I look forward to reading your past and present post. TBI Wife...

You had the courage to write this post, but, it seems, we don't have the courage to comment. I can't imagine the pain. And, your post reminds me that - although I do have struggles - I'm one of the very lucky ones. Thank you so much for telling it like it is!