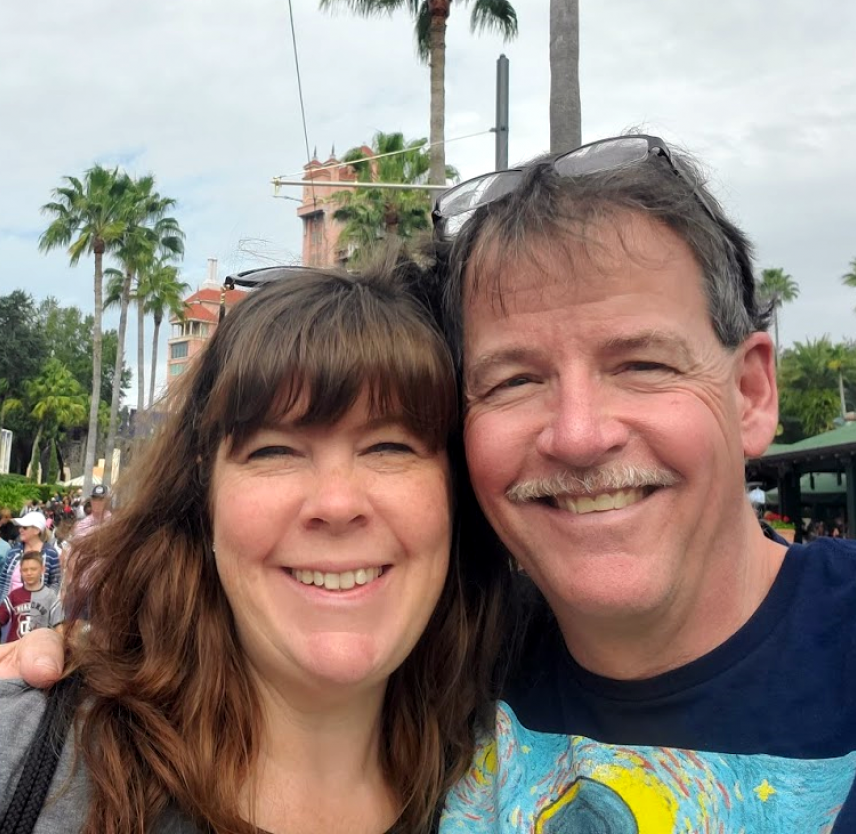 It’s time to make a confession: I’ve been struggling pretty hard lately. As time passes, I often expect to be doing better than I am. Now in my tenth year as a brain injury survivor, I have a hopeful, yet quite unrealistic expectation that I should be doing better, that I should be “over all this brain injury stuff” by now. However, in not sharing my truths, I am being disingenuous, something not acceptable in my reality.

When I was struck by a teenage driver back in 2010, I sustained a traumatic brain injury. In addition to my TBI, four new letters became forever intertwined with my brain injury: PTSD. Over the years, PTSD has proven to be harder to live with than a brain injury.

Like Miracle-Gro helps my garden grow, stress causes my PTSD to bloom. My wife Sarah and I have made many life changes to keep as much stress at bay as possible. We attend fewer events with crowds; new passions like touring botanical gardens across the U.S. now define our lives. But sometimes life creeps in and stress can’t be avoided.

Last week saw a trifecta of stressful events. The four-month anniversary of my mom’s passing was followed a few days later by her birthday – her first since we lost her. Saturday found us at yet another family funeral. It was all too reminiscent of my mom’s recent funeral.

None of these life events was avoidable, and the effect remains the same: my PTSD has been off the charts again. Textbook night terrors have returned with a vengeance. No longer occurring once a month or so, we’ve climbed up the PTSD ladder a few steps. The last couple of weeks have averaged three to four bad nights a week.

But that is only half the story. Over the years, as my on-the-job training as a survivor continued, I have learned a lot about how TBI and PTSD are forever bound to each other. My bad nights mean significant sleep debt. One bad night a week is tolerable. I’ve made it through hundreds. A couple of bad nights a week is no cakewalk, but time has shown that I seem to get by.

Bring it up to three or more bad nights a week, and life … well, life gets extremely difficult. With excessive sleep debt, my brain injury comes out of low-grade hibernation, stretches its arms wide, and says, “Hey David, I’m back!” The effects are devastating. Brain fog makes the sheer act of thinking arduous. Word-finding problems rebound. Worse still, my memory seems to simply fall apart, leaving me both frustrated and feeling both worthless and forever-broken.

It’s not an easy road.

I’m hard-wired to look for ways to make things better, something I am grateful for. A year ago, when intense life stress caused my last big PTSD outbreak, I sought relief from a local trauma doctor who specializes in using EMDR as his preferred treatment protocol. After three months of weekly EMDR sessions, the volume was turned down significantly on most of my PTSD symptoms.

“If you find yourself in trouble with your Post Traumatic Stress Disorder at any time, reach out to me again,” the good doctor shared at my last visit. He went on to say that I would most likely have events come to pass in my life that would indeed act as triggers. I’ve already made the decision to call him back if my nightmares continue.

And my earlier comment about my concern that I should be “over” the worst of my challenges? Let’s debunk that right now. I have often said that for as long as I have a heartbeat, I will be recovering. Maybe, just maybe, the real victory that I can share with others is that recovery is not linear, that there will be ups and downs along the path. And that the real victory is in knowing that the tough times will always pass … because they always have.

Hi David. I am new to TBI sites and yours. I have faced recovering from a TBI pretty much on my own because I am alone in life but also because life worked better being alone, away from people. Finally, I am starting to be around people more. My question for you is about your PTSD. Did the PTSD begin with the TBI? I had PTSD before the TBI which is why I ask. Thank you for your writing. None of my regular medical doctors have understood anything about TBI and how it correlates to me amidst any other medical conditions. It has been a very frustrating journey with them. Your article and comments of others have already helped calm many of my feelings about my TBI. Thank you for sharing.

Hi David, I have posted here before. I am also a PTBI survivor. My initial injury was an auto accident more than 60 years ago. I really appreciate this site. It is a great resource for me to know that I am not alone. I was raised on a ranch and so started working at a very young age. In the last several weeks, I have retired and retirement is the hardest work in the world, you can't stop to rest! I told my wife that a bad day at work is better than a good day retired. Change doesn't come easy to those of us with brain injury.

I have never had a problem with alcohol, but I'm told that the AA have a motto, "Let go and let God." That's a good motto for us too. To all you brain worriers out there, don't ever give up, life is still good. Keep fighting!

I have net substantially more people that don't like EMDR, than do. Me being one of them. It is definitely over-sold, by those who tout it.