Leaning into Loss After Brain Injury 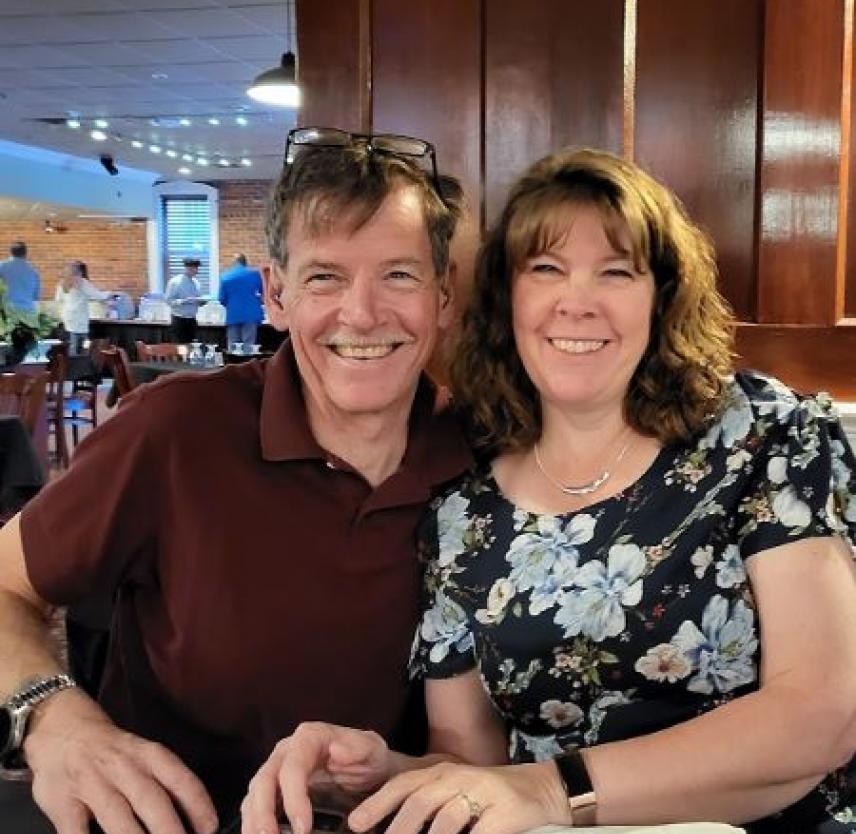 As soon as the words left my lips, I knew how far I’d come since my 2010 traumatic brain injury. In a moment of quiet conversation with my wife, Sarah, I said what would have been unimaginable even a year ago. “I’ve not been this at peace with life since my accident.”

But my life is far from perfect. I still live with more struggles than most people know. Aggressive PTSD has haunted me for many years. I still have speech issues. Catch me tired, and aphasia and stuttering are commonplace. Memory challenges mean that I am literally capable of hiding my own Easter eggs. The tinnitus that began on November 11, 2010, rings on unabatedly. There are no shortages or supply-chain issues with my ongoing brain injury challenges, yet I have somehow found peace.

But the health challenges pale by comparison when I look at the human losses. Early on after my injury, most of my family walked out of my life. I have not openly addressed this in several years, knowing it would reopen a painful wound.

Early on after my injury, a rumor spread through many members of my family that I was faking my injury for attention. How could I even fathom that reaction? I was struggling to stay alive, fighting off suicidal ideation, and walking around shell-shocked, wondering what happened to all I knew. It was hell.

Yet the rumors continued.

Three of my four sons abruptly walked out of my life with no explanation and no communication. I was being ghosted long before that term even existed. There were countless attempts on my end to reengage my sons in conversation. To this day, not a single call has been returned. Not a single email has been answered. Not a single text acknowledged. It felt like my adult children had simply evaporated from my life. It was, by far, the most painful part of my journey.

Although I wasn’t perfect — who is? — I know that I was a good dad. There were years and years of Little League games, camping trips, Friday night movie nights with popcorn, and teaching my sons to ride bikes. Decades of typical family memories still leave me befuddled by my sons’ abrupt departures.

As tough as that was, after several years, one son resurfaced, complete with our new beloved granddaughter. She immediately became a cherished part of our family for several years. I can still hear her voice calling out “Papa, Papa…” I say “was” because as quickly as she appeared, she was taken from us when my son again followed the path of his siblings. He walked out of our lives for a second time, taking our now two beloved grandchildren with him.

Sarah and I cried for over a year. Our house felt so quiet without our granddaughter’s laughter. It took all our strength to finally pack away her toys: we kept hoping there would be a return, or at least some explanation. They never came.

In the years since, there have been weddings that we were not part of, and the purchase of new homes that we will most likely never see. Later this month, another grandchild will be born, who will probably grow up not knowing her grandparents. In 2019, both Sarah and I lost our moms. The list of losses seems never-ending.

I spent years asking myself what was wrong with me. What could I possibly have done that warranted over a decade of family simply walking away? During my first year, when my verbal filter was shredded, did I say something so harsh that I deserved this kind of treatment? Like so many others who have sustained a brain injury, there was a seismic shift in my personality. Was it because my sons were unable to reconcile Dad 2.0 with the person I was before my injury? Was it easier for them to just believe the lie that I was indeed nothing more than a fake? Will I ever understand why?

Today I have a small, close circle of people who surround me with unconditional love, and who love me for the delightfully flawed human being that I am. And I give back that same love to them. I am okay being… me.

Over the last few days, I’ve been wondering how I’ve managed to thrive in spite of so many epic losses. Clichés aside, time does help us heal. And over the years, I’ve met countless others who have had family walk away — validating that it’s not just me.

In 2019, I was asked to eulogize my mom. She died from the effects of an acquired brain injury a year after her stroke. The small church in her quiet New England village was overflowing with people who loved her. My dad, having just lost his wife of 63 years, sat in the front pew, listening to me share what a wonderful person my mom was. Suffice it to say, he was devastated.

After the service, my dad shared something I hope to always carry with me. “Don’t cry because it’s over. Smile because it happened,” he said. He was quoting Dr. Seuss, he added, smiling.

And so it is for the life that I lived before my brain injury. I find myself more apt to look back at the good memories. Being a dad was one of the most rewarding experiences of my life. And I do my best not to cry because it’s over … I smile because it happened. Nothing can take that away.

Dear David and Sarah, I am so very sorry this happened to you. These losses, friends and close family, who just walk away from us, are so very difficult to come to terms with. It is true for us as well. My husband had viral encephalitis is 1994. The effects were devastating. That horrid assumption, that he was faking, was truly puzzling. Family members and friends he had helped in ways beyond measure left him, left us. No explanation, no phone calls, nothing. We are fortunate in the few people who have been capable of continuing love. I am glad you have come to a peace. I hope for their sake your children return to you. They are missing knowing two amazing parents.

Heartbreaking. I’m so sorry your family wasn’t able to understand and accept. Thank you for your courage to share, so others will know that they are not alone.
Barbara