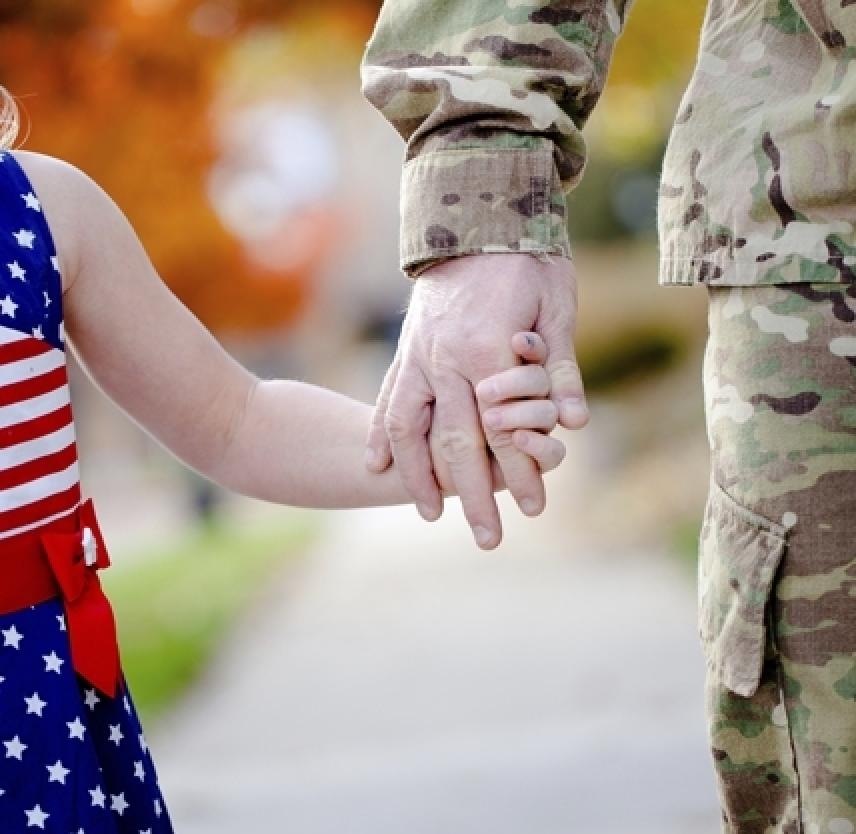 A Book for Kids About PTSD

I used to think that if I was quiet as a mouse, my Daddy would be okay, but that’s not true.

My Mom says my Dad has PTSD.

“What’s PTSD, Mom?” I asked. She likes to explain things.

"T is for traumatic — dangerous."

"So the letters PT stand for Post-Traumatic, but they mean after danger.”

“S is for stress, because it’s very stressful to be in danger.

“D is for disorder. That means your life gets out of order. Your life isn’t like it would have been if you’d never been in danger.

“The whole word, PTSD, means after the terrible danger, a person can have this disorder.”

“PTSD is a normal reaction to really bad experiences, like seeing your house burn down or seeing someone killed — not killed like on TV, but killed for real, like when the kitty was run over.”

“Yeah,” I said. “I remember that. I still feel awful about it sometimes.”

“Daddy has PTSD from the war. He saw people wounded and killed, including his buddies, and cars and trucks and houses blown up. It’s hard for him to get over that.”

My Mom likes to talk a lot.

“Yeah, but why does he always talk about the war?” I asked.

“Why does he have nightmares?

“Why can’t we touch him when he’s asleep?

“Why does he yell so much?

“Why won’t he listen to me?

“Why doesn’t he spend time with us?

“Why is he so bossy about everything?

“Why does he always worry about something happening to me?

“Why won’t he let me do anything?”

“When you have a cold you have symptoms,” Mom explained, “like a runny nose and a cough.

“Daddy has symptoms, too.Some of his PTSD symptoms are numb symptoms — Sometimes it seems like he doesn’t have caring feelings...like he’s not there."

“Daddy had to numb his feelings in the war so he could do his job and now it’s hard for him to show that he cares, but he does care.”

Mom told me some of the other symptoms are remembering symptoms. That is why Daddy talks about it so much.

That’s probably why he worries so much. And why he doesn’t want us to do things.

He is remembering that a little mistake can make someone die.

He wants us to be safe.

He wants to protect us from everything.

His nightmares are remembering symptoms, too.

Some of the symptoms of PTSD are like freak-out symptoms.

Daddy got used to being real alert and ready for attacks even when he was sleeping. Now he reacts before he’s awake as if he still needs to protect himself from being killed. That’s why we don’t touch him when he’s asleep. He might hit us thinking he was still in the war.

Mom thinks that is also why he gets mad so fast.

Sometimes in a war you have to get that mad to have the strength to save your life.

You don’t have time to think it over in a war — you just get mad.

When he gets mad real fast it sure can scare me!

“When Daddy was in the war some of his friends were killed, too, but there was too much danger to sit down and cry. When you cried about the kitty, it helped you feel better, remember?” Mom said. I nodded.

“Daddy had to get angry to stay alive, and he never got the chance to cry, so he’s stuck in being angry a lot of the time. Remember how mad you were at whoever ran over kitty? Well, daddy is that mad, too. He’s angry about what happened to him and his buddies in the war, but the anger ends up getting splattered all over us.”

When I would try real hard and Daddy was still upset, I would get real depressed.

Mom says trying real hard might make Daddy seem better for a little while, but nothing we do here and now can change what happened to him in the war.

We’re not responsible and we can’t fix it.

The war gave Daddy the symptoms, and he has to work on them himself. There are groups that can help him when he is ready to help himself.

Daddy will hurt a lot when he goes into therapy — that’s what they call the groups.

He’ll hurt because he will have to remember all the bad things.

We’ll have to let him feel bad.

We’re allowed to feel sad, too.

But because we know we’re not responsible for how bad he feels, it will be easier for us to love him while he goes through it.

Now that we know Daddy has a disorder, we don’t have to be angry at him for having symptoms.

We can love him, and we can begin to learn how to be happy, again, even though he still has problems.

I always felt so different from my friends because it seems so easy for them to get along with their dads.

I still am different, but it doesn’t seem like a bad difference now, because I understand more about my Dad.

We hope Daddy will get better, but until he does, we will be all right.

To get into messes, to ask questions, to need help from grownups, to make mistakes and learn from them, to be human, and to grow up some with each passing year.

Note from the author: Symptoms of PTSD discussed in this book are common to many veterans but not present in every woman with PTSD. I have tried to touch on the symptoms and feelings which I felt were important and troubling to kids, and which current research also suggests are of importance.